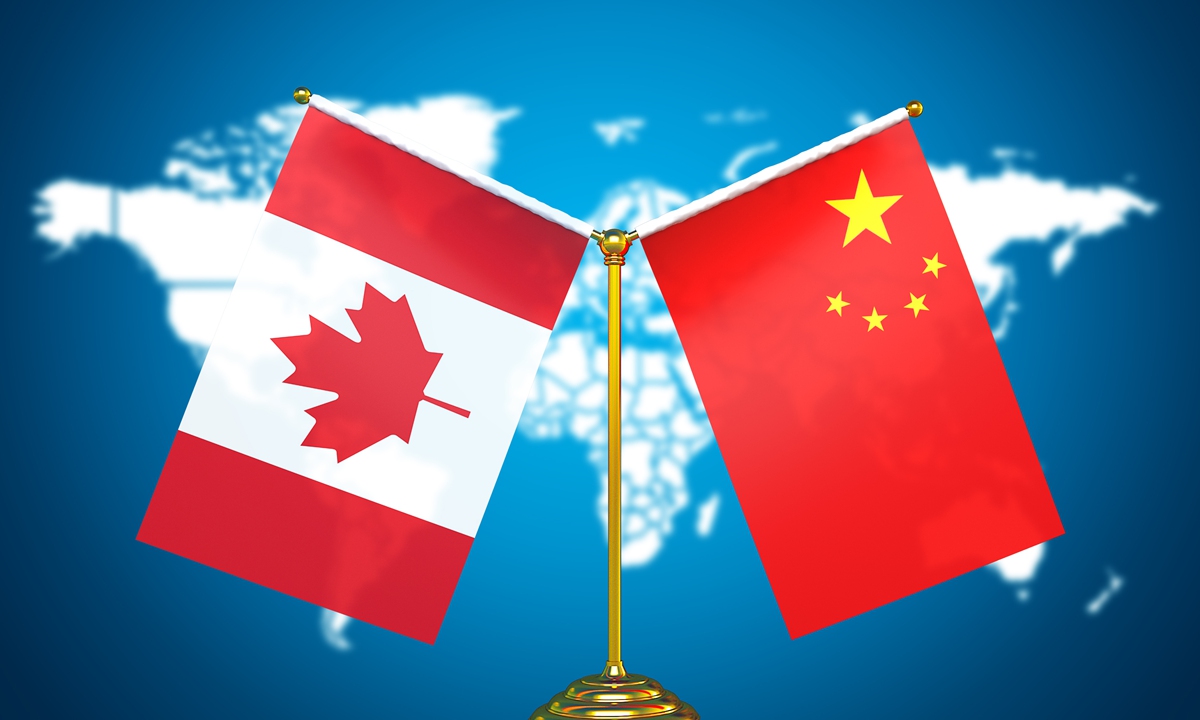 Global Times (28 November 2022) – China has lodged a solemn representation to Canada after its newly released “Indo-Pacific strategy” chided China on issues such as the Taiwan question and diplomacy, and urged Ottawa to show sincerity if it wants to improve ties. Observers also believed the bluntly hostile strategy serves as further proof that Canada is becoming bogged down deeper as the US’ vassal in countering China in the region.

They also warned Canada that whoever stands on the frontline of the US’ anti-China plan will be first to bear the fire of a counterstrike. As Washington itself is finding it difficult to decouple from China in several areas and seeking help from Beijing when it becomes mired in economic crisis, how much Canada can bear the consequences of challenging China, remains to be seen, experts said.

Canada launched its long-awaited “Indo-Pacific strategy” on Sunday, in which it vowed to throw $1.7 billion in spending to boost military and cybersecurity in the region and vowed to deal with a “disruptive” China.

The 26-page document was released by Canadian Foreign Minister Melanie Joly on Sunday morning, and includes a lengthy section on China, which it refers to as an “increasingly disruptive global power.”

It chided China for its diplomacy and so-called human rights issues, including the Taiwan question, while also acknowledging the need to work with it on issues such as climate change, global health, biodiversity and nuclear non-proliferation.

Canada promised nearly $1.7 billion in spending for more navy patrols in the region, better intelligence and cybersecurity measures, and increased cooperation with regional partners in the East and South China Seas.

In response to Canada’s hostile document, Zhao Lijian, spokesperson of China’s Ministry of Foreign Affairs, said on Monday afternoon that the strategy’s China-related section is full of ideological bias and baseless accusations against China, which have stirred strong discontent from China, and Beijing has already lodged solemn demarches  to Ottawa.

Canada has repeatedly said that it attaches great importance to ties with China, and is willing to improve bilateral relations, Zhao said, urging Canada to match its words with actions, show sincerity and goodwill, and adopt a pragmatic China policy.

Hours after the strategy was released, the Chinese Embassy in Canada said the document threw mud at Beijing, hyped the so-called “China threat” and tried to separate the Chinese government from its people by twisting the human rights issue, and wantonly interfered in China’s domestic affairs such as Hong Kong-related issues and the Taiwan question.

The embassy urged Canada to get a clear picture of international trends, discard its Cold War mentality, and stop behaving in a way that disrupts regional peace and damages China’s interests. If Canada bites off more than it can chew and acts at will, it will encounter defeat, as well as China’s powerful response, said the embassy.

The strategy issued by Justin Trudeau’s government is in line with Washington’s National Security Strategy, which was published last month and called China the most consequential geopolitical challenge for America, Wang Yiwei, director of the Institute of International Affairs at the Renmin University of China, told the Global Times. He pointed out it is further evidence that Canada is becoming bogged down deeper in serving as vassal of the US in countering China.

Canada’s strategy, according to local media, generated an instant thumbs-up from US ambassador David Cohen, who said it will help “to advance our countries’ shared priorities in the Indo-Pacific region.”

Canada has been observing the stability of the US “Indo-Pacific strategy” for a long time, and has now decided to chip in as it may see Washington’s strategy as workable, while China-Canada ties have also been frayed since Huawei’s Meng Wanzhou was detained in Canada back in 2018, Li Haidong, a professor from the Institute of International Relations at the China Foreign Affairs University in Beijing, told the Global Times.

Li noted that after the 20th National Congress of the Communist Party of China (CPC), which successfully concluded in Beijing, started a new chapter of China’s diplomacy, Canada’s release of such a hostile strategy aims to throw a dampener on the trend, and will further deteriorate bilateral ties.

China-Canada relations did not thaw even after Meng returned to China September last year, mainly because Canada, as a US vassal, has always tried to provoke China. One of the most recent cases occurred early this month, when Trudeau concocted lies that China had interfered in his country’s elections. Trudeau later said he had never been briefed that any candidates in the 2019 federal election may have been influenced by financing from the Chinese government.

During the welcoming ceremony of the G20 Leaders’ Summit, Trudeau took the initiative to approach Chinese President Xi Jinping to talk, the Global Times learned previously from a source at the scene.

Trudeau expressed the hope to Xi that he would like to have the opportunity to talk about the Korean Peninsula, Ukraine, Canada-China relations, biodiversity and other issues, while Xi responded that the key requirement for China-Canada relations is finding common ground while managing differences, according to the source.

Experts also said Canada’s release of the “Indo-Pacific strategy” further completed the Biden administration’s strategy of grouping allies to counter China in the region. However, they predicted that the plan would not play out as Biden intends.

“I truly doubt the framework peddled by Biden to challenge China will work. Only a few Western countries have joined, and even New Zealand, a member of Five Eyes, is being restrained from overly countering China, and Biden’s plan of selling the “Indo-Pacific strategy” has failed among ASEAN countries,” said Li. It is known to all that the US can’t afford to decouple from China in many areas, including supply chains and other strategic resources, but it is trying to egg on other countries to the frontline of aggravating China.

China’s central bank governor Yi Gang and US Treasury Secretary Janet Yellen held talks on the sidelines of the G20 summit in Bali earlier this month to discuss topics ranging from high energy and commodity prices to the macroeconomic outlook in both countries, according to media reports.

Currently suffering a sluggish economy, a hard-pressed US is now softening its hawkish anti-China tone and seeking help through cooperation with China, “but how much Canada can bear when trade with Beijing is harmed by the Trudeau government’s hostile gesture is hard to predict now,” said Li.

Li pointed out that Canada said clearly in the strategy that it acknowledged cooperation with China in areas such as climate change and biodiversity loss, global health and nuclear proliferation. “Canada cannot seek to benefit from cooperation while throwing mud at China recklessly. Win-win collaboration is nurtured by good relations, which can only be ushered in when Canada shows sincerity in improving ties.”