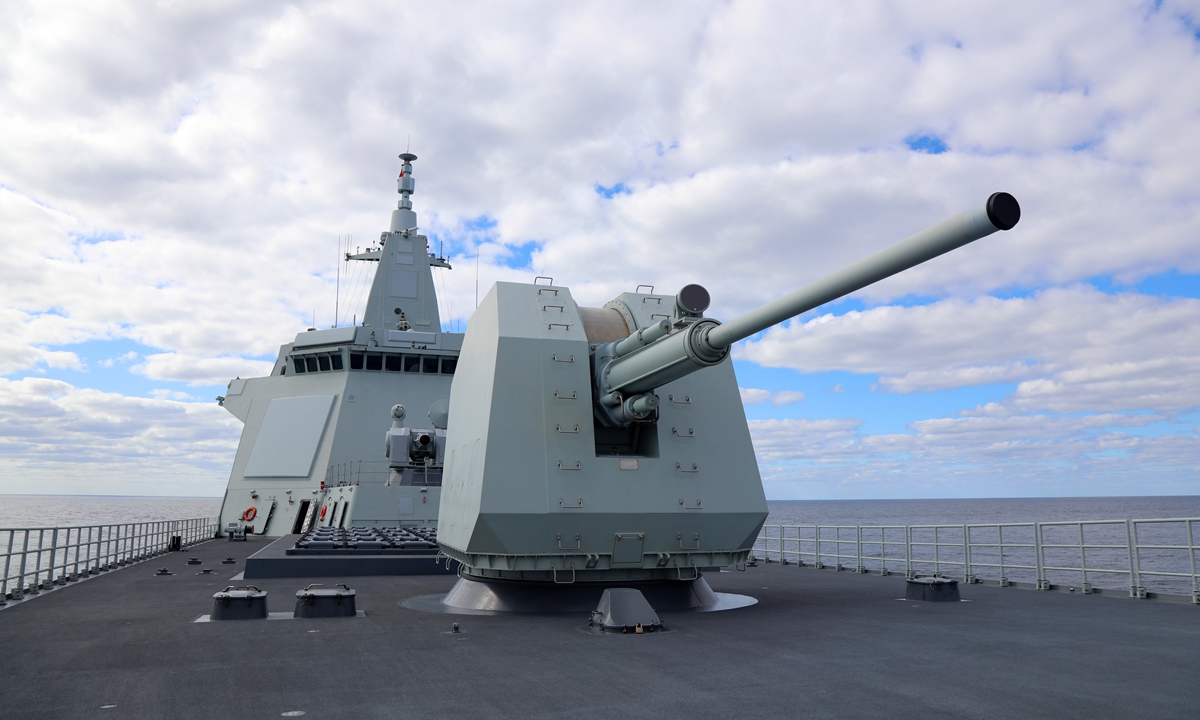 By Wei Dongxu (Global Times, 19 October 2021) – The China-Russia joint naval drill that kicked off on Thursday in the Sea of Japan can counter AUKUS, the newly formed trilateral security partnership between the US, the UK and Australia. It will further help Beijing and Moscow break through the US-led security containment.

Against this backdrop, the China-Russia joint naval drill includes new subjects and displays high levels of mutual trust. China has a strong and reliable partner in the Western Pacific: Russia. This time, China has sent its most advanced 10,000-ton-class Type 055 large destroyer, while Russia dispatched the main force of its Pacific Fleet. This demonstrates that China and Russia attach great importance to defense cooperation.

In other words, if the US wants to conduct a strategic blockade and siege, China and Russia will be likely to coordinate their stances or integrate the power of both countries. This way, they aim to break the US strategic blockade and military encirclement, as well as to completely crash its attempt to use AUKUS for a strategic containment. What Washington wants is to stir up trouble in China’s neighboring countries. In this context, Moscow can coordinate with Beijing to counter AUKUS. Both China and Russia take a responsible approach to affairs in the Western Pacific region. They can coordinate their positions to speak out together in the face of US military hegemony on the sea.

For example, in August, the Type 055 destroyer reportedly sailed in international waters near Alaska. Some analysts believe this time, there is a possibility of the destroyer approaching the US again. In any case, the PLA Navy’s activities will always be reasonable and legal. The Pacific is not the sphere of influence exclusive to the US. To maintain its strategic interests, the PLA Navy needs to enter the deep ocean, such as in-depth areas, to exercise and practice its combat capability. It should make response plans to prevent the US military from disturbing its normal exercises.

AUKUS keeps challenging strategic competitors such as China and Russia. But it is not capable of counterbalancing China and Russia at the same time. UK’s defense expenditures determine that it cannot afford to deploy a major marine force in Asia for a long time. In fact, the main objective of the UK is still in the Atlantic. The US wants to set up a benchmark in its alliance system by taking advantage of AUKUS. More precisely, it wants to create a small clique within its broader military alliance system.

Under such circumstances, China and Russia will boost their own national strength and military capabilities in the first place and then engage in active strategic deterrence. Besides, they can coordinate more on international occasions. They can also reveal Washington’s plots when the US woos allies to create military alliances and coerce other countries.

In defense, China and Russia can cooperate more and display their strength and determination to maintain stability in the Asia-Pacific. That China and Russia, with considerable military strengths, join hands to show their stance serves as a counterbalance to AUKUS.

The author is a Beijing-based military analyst. [email protected]