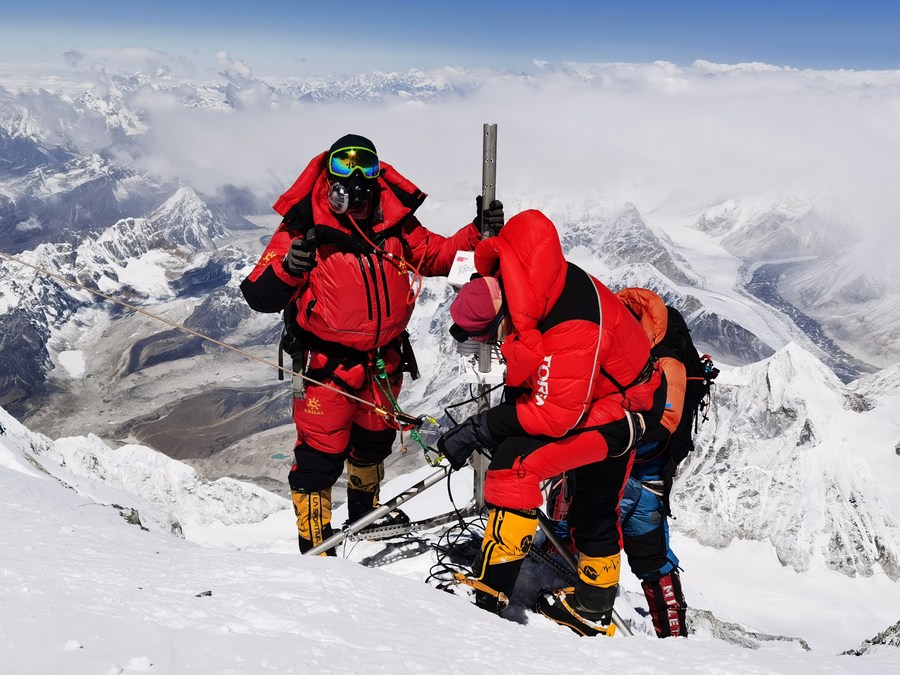 LHASA, May 21 (Xinhua) — At the foot of Mount Qomolangma, there is a legend — Atop the mountain lives a golden bird that lays golden eggs.

Drawn to the tale as a child, Dechen Ngodrup always wanted to climb to the summit of the mysterious mountain known to local Tibetans as “the mother goddess.”

On May 4, the 35-year-old Tibetan, along with 12 scientific expedition team members, reached the summit of the world’s highest peak with a height of 8,848.86 meters.

“I knew there were no golden eggs the very first time I reached the summit,” Dechen Ngodrup said with a smile.

For five times he has topped Mount Qomolangma, which straddles the China-Nepal border, with its northern part located in Xigaze of southwest China’s Tibet Autonomous Region.

Dechen Ngodrup’s latest endeavor is part of the Chinese comprehensive scientific expedition on Mount Qomolangma, which has involved over 270 scientific researchers in five teams. They are ending their monthlong field investigations, setting several new records in China’s history of scientific research on the mountain.

In the latest breakthrough, a self-developed floating airship designed for atmosphere observation reached a record altitude of 9,032 meters on May 15, exceeding the height of Mount Qomolangma.