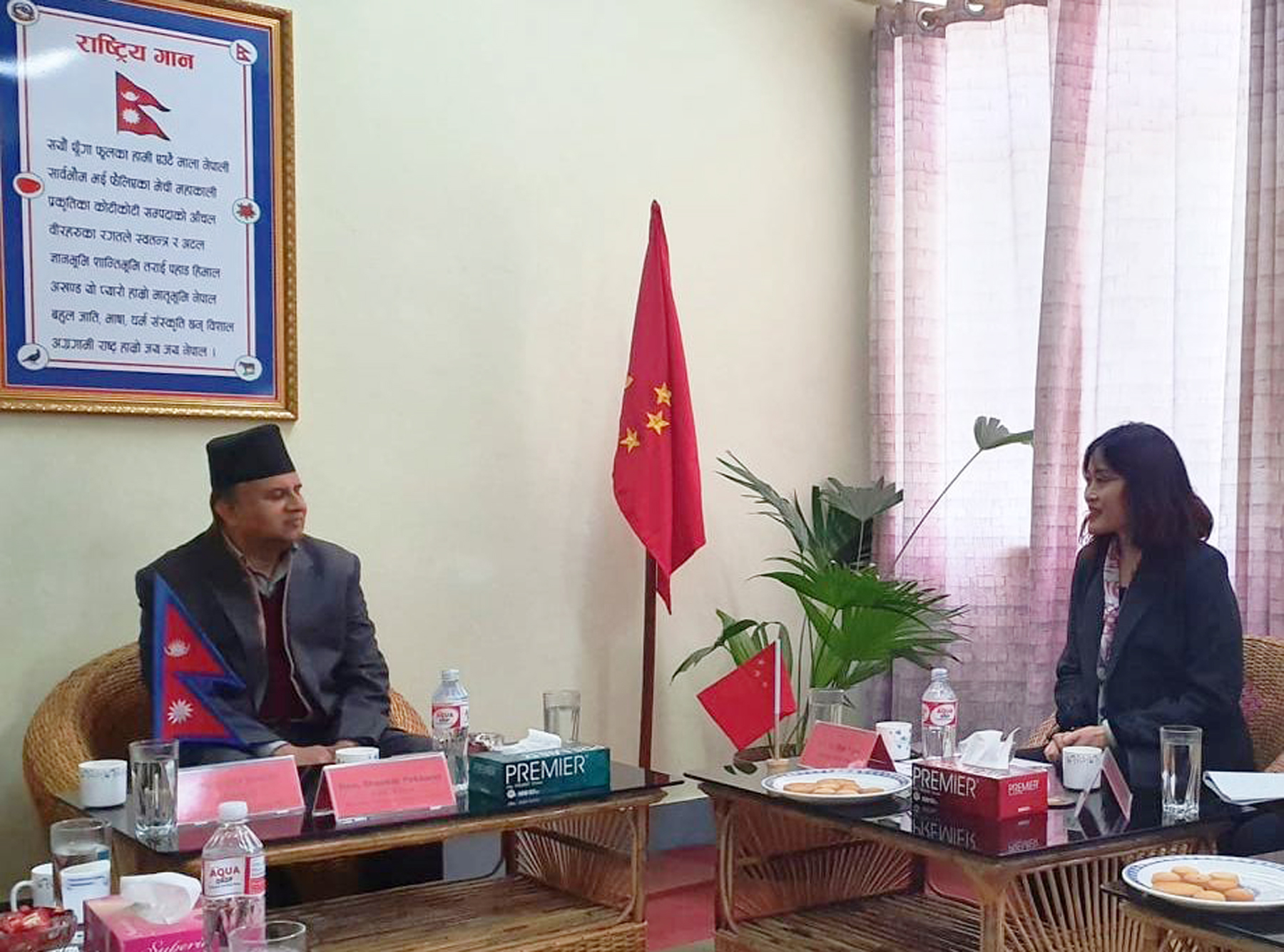 Nepal Foreign Affairs (KATHMANDU, 15 January 2020) – State 5 Chief Minister Shankar Pokhrel has said there is a need for collaboration and cooperation for making relations between Lumbini and the heritage sites of China, lively.

The Chief Minister expressed this during a meeting with Ambassador of China to Nepal, Hou Yanqi, at the Office of the Chief Minister and Council of Ministers here today. He said Nepal and China are linked by the Buddhist culture and Lumbini was an important means for the fostering of relations between the two countries.

Stating that he wanted at least one among the government’s plan of constructing big industrial estates at Motipur of Rupandehi, Naubasta of Banke and Ghorahi of Dang in State 5 should be built according to the Chinese model, Chief Minister Pokhrel expressed the belief that Chinese experience would be useful in upgrading and improving the service of Lumbini Provincial Hospital of Butwal and Rapti Provincial Hospital at Tulasipur.

He stated that the experience of China’s Sichuan province regarding agriculture commercialization and industrial development would also be useful for State-5. On the occasion, Chief Minister Pokhrel, through ambassador Hou, extended an invitation to the Sichuan province governor to visit State-5. Sichuan province and State 5 have sisterly relations.

He added that the State 5 government has set the goal of contributing to the development of the entire country by making the State prosperous through commercialization of agriculture and tourism promotion. Chief Minister Pokhrel also spoke of the possibility of exchange of visits of students of Lumbini Buddhist University and Nepal Sanskrit University of Nepal and the Confucius University which is considered an important centre of ancient learning in China.

She also expressed that the bilateral relations between the two countries has reached to further elevation following the visit of Chinese President to Nepal and the visit of President Bidya Devi Bhandari of Nepal to China some months back. Stating Lumbini was a major destination for Chinese visitors, ambassador Hou said support would be extended and encouragement given for operating direct flights between Chengdu of Sichuan and Bhairahawa.

She believed that doing so would further the relations between State 5 and Sichuan, the press note stated. Ambassador Hou is on a visit to the Buddhist heritage sites including Lumbini and Tilaurakot of Kapilbastu.