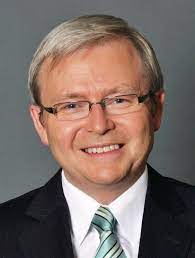 By Kevin Rudd (12 August 2021) –  When Chinese President Xi Jinping made a surprise visit to Tibet on July 21 — becoming the first Chinese leader to do so since Jiang Zemin in 1990 — his trip conspicuously began in Nyingchi, a town only a few kilometres from the border with Arunachal Pradesh, before he departed for Lhasa via a new, strategically important rail line. Xi’s visit was, therefore, an unmistakable signal by Beijing of the seriousness with which it continues to take its Himalayan border dispute with India.

More than a year after the clash at Galwan Valley, efforts to resolve the border crisis continue to move slowly, while tensions remain high. A limited new agreement reached at the start of August has yet to be implemented, and as Indian Foreign Minister Subrahmanyam Jaishankar noted in a frosty meeting with Chinese Foreign Minister Wang Yi in mid-July (their first meeting since September 2020), the Chinese side has previously failed to complete troop withdrawals and revert to the status quo that the Indian side believed China agreed to.

These events have understandably led many in India to worry that China is determined to press its border claims and even to risk war in pursuit of territorial gain. But while China’s behaviour has been calculated to demonstrate political confidence, a better understanding of China’s strategic intentions requires us to grasp the wider context of Beijing’s foreign and security policy challenges across Asia, as well as Xi’s own domestic political anxieties at home.

In a perfect world, Xi would probably prefer a calm border and a more stable, positive relationship with India, given the many strategic challenges China now faces on all sides.

Seen from Beijing, the strategic environment for China is beginning to worsen in South and Central Asia. As the US withdraws and the Taliban advances in Afghanistan, China fears the prospect of instability and an emerging haven for terrorism directed against its policies in Xinjiang. This instability also threatens to disrupt China’s large regional investments made as part of its Belt and Road Initiative (BRI) — a reality already highlighted by the growing threat of terrorism in Pakistan, where there have been multiple terrorist attacks on Chinese interests, including the July 14 bombing, which killed nine Chinese nationals working on a hydropower dam that is part of the China-Pakistan Economic Corridor. Even as China seeks to scale back the debt-laden BRI, such instability may also result in Beijing increasing its already overstretched external commitments — particularly in the security domain.

Meanwhile, Beijing continues to exhibit profound concern about the ever-present spectre of ethnic separatism inside China, and the perceived relationship between separatism and nations to its south and west. It is probably not a coincidence that Xi visited the Potala Palace in Lhasa only two weeks after Indian Prime Minister Narendra Modi sent official birthday wishes to the Dalai Lama for the first time since Modi came to power in 2014.

But, above all, Beijing’s overall strategic anxiety is induced by growing pressure from the United States and its allies as competitive rivalry continues to advance under the administration of US President Joe Biden. For China, this represents a persistent threat not only economically and in foreign policy, but also militarily along its maritime periphery in the South and East China Seas, as well as the Taiwan Strait.

In particular, China is deeply worried by the re-emergence and strengthening of multilateral opposition to China, and the Quadrilateral Security Dialogue (or “Quad”) between the US, Japan, Australia and India. This has been evidenced by shifting Chinese responses to the Quad, whose latest incarnation it initially dismissed in 2019 as self-contradictory and likely to dissolve, before then trying unsuccessfully to split it apart through a mix of carrots and sticks in 2020 and 2021.

For students of history, the Quad itself has come a long way since Japanese Prime Minister Shinzo Abe first proposed that Australia, India, Japan and the US work together on disaster response in the wake of the 2004 Indian Ocean tsunami. The response in other capitals, though, was tentative at best. In Washington, President George W Bush worried that such cooperation would unhelpfully alienate China. In New Delhi, Prime Minister Manmohan Singh repeatedly ruled out any real security cooperation with the Quad while categorising ties with Beijing as his “imperative necessity”. And in Canberra, the government of my conservative predecessor John Howard both worried about undermining economically beneficial ties with China and opposed expanding existing trilateral cooperation with the US and Japan by adding India; and in June 2007, Australia formally withdrew and announced the decision in Beijing soon after. After Abe, the driving force behind the Quad, unexpectedly resigned in September 2007, his successor Yasuo Fukuda formally consigned the Quad to the dustbin of history until its recent reincarnation.

That is why Beijing believed the Quad could easily be split apart again. But China’s “carrots and sticks” approach to breaking up the current reincarnation hasn’t worked so far, not least because of China’s deep alienation of India since the critical events of June 2020. And as US multilateral cooperation with its partners has increased, Beijing has come to increasingly see itself as beset by threats on all sides — a predicament that China’s culture is deeply attuned to, given that being “ambushed on 10 sides” is among the ultimate strategic dilemma recorded in China’s canon of military classics.

So far, however, the response from China’s new class of “wolf warrior” diplomats to this emerging strategic challenge has been to only grow more assertive in rhetoric and behaviour. This may seem perplexing, given that it has served only to alienate other countries and isolate China further. Understanding it, therefore, requires a final piece in the puzzle: China’s domestic politics.

In the fall of 2022, China’s Communist Party will hold its 20th Party Congress, when new ranks of senior leadership will be elevated, and where Xi is likely to be confirmed in power for another term — and potentially for life. Until this occurs, all facts of political life in China will be shaped by Xi’s need to display absolute strength and resolve on all matters — foreign and domestic. And for his subordinates to display absolute loyalty.

In practice, China’s domestic politics in the lead up to the 20th Congress will mean that its leaders, diplomats and generals will be displaying maximum nationalistic fervour. This may well mean China taking political and policy decisions, which in a normal season they would not because doing so could compromise Beijing’s longstanding diplomatic and strategic goals, including in dealings with India. Needless to say, this is potentially dangerous in all of China’s external relationships where land or maritime boundaries are in dispute and where military or naval deployments are active. Overriding Chinese domestic imperatives are unlikely to be accommodating of normal diplomatic nuance.

With US Secretary of State Antony Blinken having just visited India to press for closer bilateral strategic cooperation, including a likely in-person meeting of the Quad leaders on the sidelines of the UN General Assembly meeting in New York in September, we should expect China’s behaviour toward India to harden further in the coming months.

But if President Xi instead decided that it was better domestic politics (against an internal critique of his predisposition for strategic overreach) to improve China’s strategic position in Asia amid its competition with Washington, Beijing’s diplomats may yet adopt a more moderate approach, including with India. If stability can be restored to the China-India strategic relationship, this could provide a window for Asia’s two mega-economies to reopen their markets to each other, helping to stimulate growth as both seek a smoother recovery from the Covid-19 pandemic.

Indeed, the choice between these two alternatives — an increasingly hardline nationalist response, as opposed to extending a temporary olive branch offered to, say, Europe, Japan and India — is likely to be on the discussion table this month as China’s most senior leaders retire for their annual retreat to Beidaihe during August. By September, we are likely to see the first signs of which of these views has prevailed.

This column first appeared in the print edition on August 12, 2021.  The writer is a former prime minister of Australia.