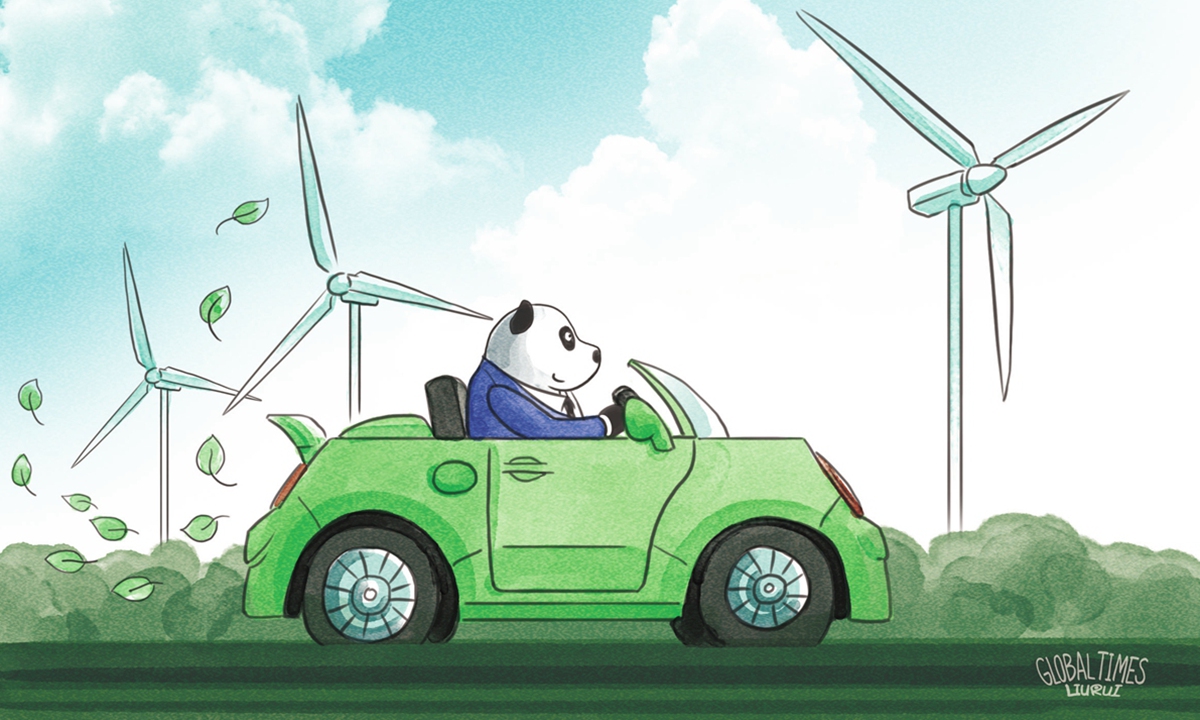 Global Times – China on Thursday released a white paper titled “China’s Green Development in the New Era.” The white paper summarizes the measures and achievements of China’s green development in the past ten years, and elaborates on how the country has stayed firmly committed to green development, proactively participated in global climate governance and carried out wider international cooperation.

Its release at this juncture is of great significance. Chinese modernization, a key term defining China’s journey to rejuvenation, which underlines the harmony between humanity and nature, has for the first time been written into a report to the 20th National Congress of the Communist Party of China. A summary of the green development in the past 10 years is crucial for future modernization.

In the global context, addressing climate change has been a common challenge and entails urgent global cooperation. UN Secretary-General Antonio Guterres said on Wednesday at the World Economic Forum’s (WEF) meeting that the world is in a “sorry state” partly because of the climate change challenge. An official of the WEF said “Climate change is the greatest challenge of our time,” and that “We need a global, collaborative and inclusive approach to action on climate and nature in order to help restore our planet and protect our future.”

But the West, mired in an energy crisis, has been loosening its efforts to deliver its carbon pledge. According to some Western media reports in December 2022, the UK will build its first new coal mine in three decades at Whitehaven in Cumbria, northwest England, and Germany is set to boost its reliance on coal as it battles an unprecedented energy crisis – even at the expense of its ambitious climate goals.

Against this backdrop, China is the most stable side in the unstable global situation. China’s sticking to realizing its goals in this context once again reveals that China is a firm and positive force and plays a leading role in dealing with issues like the green development, climate change, and environmental protection. This is a prominent embodiment of China’s responsibility.

Despite being a developing country, China has made tangible contributions to the world in addressing the global climate change. China has injected impetus into global commitments on carbon emission reduction and has taken concrete actions in that regard, Wang Yuanfeng, director of the Carbon Neutrality Technology and Strategy Research Center at Beijing Jiaotong University, told the Global Times.

Since announcing its dual carbon goal in 2020, China has carried out solid efforts to deliver it, setting a good example in driving global carbon emission reduction through concrete actions. The proportion of clean energy sources in total energy consumption increased from 14.5 percent in 2012 to 25.5 percent by the end of 2021. Since 2012, China’s average annual economic growth of

6.6 percent has been supported by an average annual growth of 3 percent in energy consumption.

China has also proactively carried out extensive and pragmatic green international cooperation, and provided some developing countries mature but cheap green technology. Many countries have learned from China’s goal and successful practice of the green economy, and avoided detours in coping with climate change and developing the green economy, significantly contributing to the universal greening of the global economy.

Even so, there is still criticism of China on climate change coming from some Western countries. Some pieces from Western media even claim that Chinese eating meat will pose a threat to climate change. A rising pile of people across the world have realized that the West is trying to use emission reduction as a political tool and weapon, in a bid to slow down the pace of advancement of developing countries. Especially when Washington regards China as its top opponent, the US-led West has already exploited topics such as climate change and carbon emissions as means to slander and contain China.

“Protecting the environment and countering climate change are the common responsibilities of all countries. Only when all countries unite and work together to promote green and sustainable development can we maintain the overall balance in the earth’s ecology and protect humanity’s one and only home,” the white paper said.

At a critical moment when the solidarity of the international community is urgently needed to tackle common challenges, the West should earnestly fulfill its commitments, abandon its condescending superiority mentality, stop playing the old trick of double standard, and should seek cooperation with developing countries including China on an equal footing. Only by doing this can the planet have a promising future.