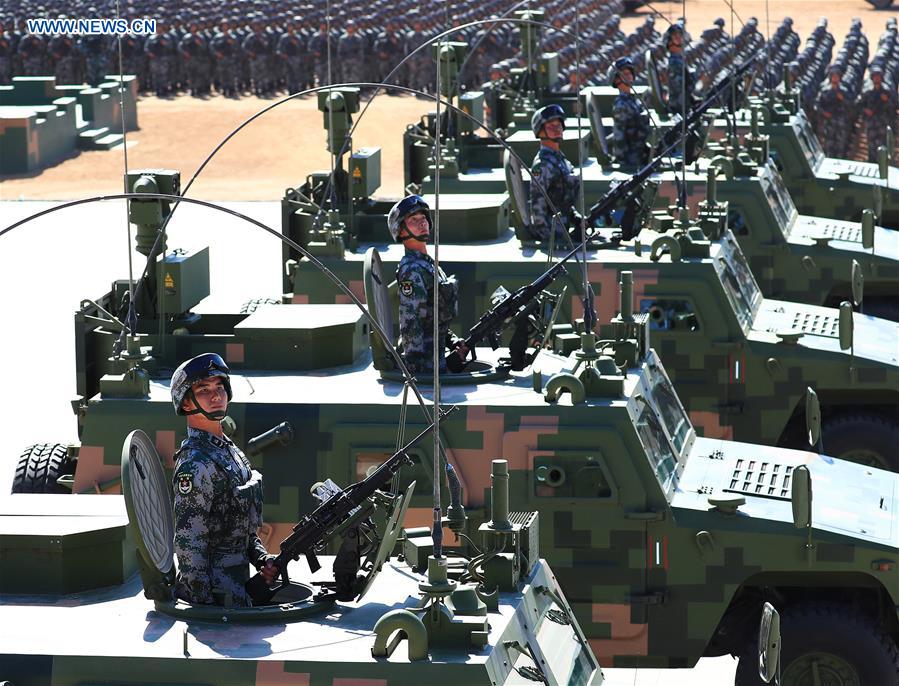 Pigeons are a symbol of peace. By deliberately placing the words “tanks,” “missiles” and “pigeons” together in the title, the article was trying to create an atmosphere of Chinese oppression, and to meaningfully convey the idea that China’s upcoming parade is only a show of muscle and power.

Some Western people should review their history. Many Western countries’ development resulted from invasion and plunder especially in the 18th and 19th centuries. The New York Times is using imperialism and expansionism to observe China.

China’s development has always remained stable and peaceful. Pigeons have been flying through People’s Republic of China’s history over the past seven decades. The country’s great achievements, including the giant leap in economy, national strength and people’s livelihood, have been realized in a completely peaceful way.

Military strength is of great importance to China’s stable development over the past seven decades. The country’s defense power has increased substantially after decades of rapid military development. Today, China has already become one of the three nuclear triad powers. Thus, it is impossible for China to be carved up by other countries today, and other big powers are unlikely to use military force to make China yield.

However, China will only use its military for strategic deterrence and defence of national security. The “tanks” and “missiles” that Western media hyped will not be a threat to any other country or region in the world. On the contrary, China has shouldered the responsibility as a major power to maintain peace and stability worldwide and to oppose global and regional hegemony. This has made China’s military strength an important guarantee of world peace and stability.

Military muscle is not a bad thing. The key is how to use such muscle. After seven decades, it is time for China to show some muscle to the world. China’s strength is a reliable guarantee of national unity and world peace. It is also a solid foundation to act against any force that tries to sabotage regional peace and development. China has always pursued a defensive national defense policy, and the 70 years of peaceful rise is China’s greatest contribution to the development of mankind.