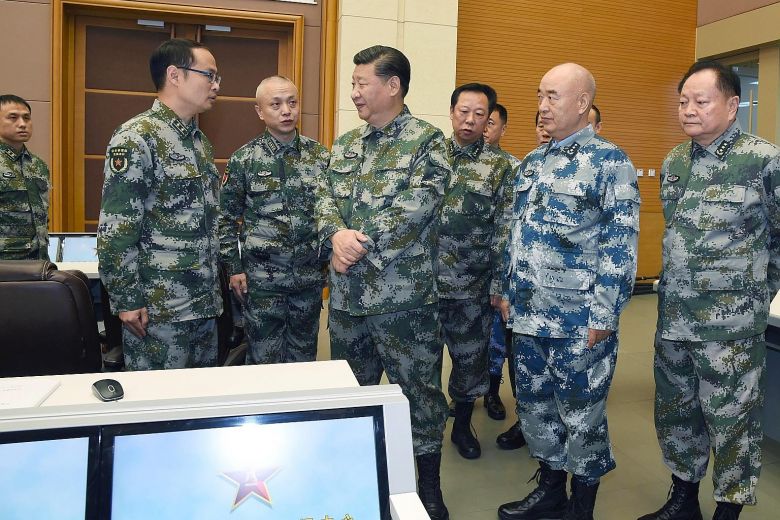 Global Times (25 July 2019) – China on Wednesday issued a white paper on national defense in the new era. The paper objectively expounds on China’s rapidly developing military build-up, declares the People’s Liberation Army’s resolve to safeguard the country’s core interests, expresses China’s willingness to maintain world peace, and stresses that China will never seek hegemony, expansion or spheres of influence. It is expected that the rest of the world can read up on it to understand China’s national defense more comprehensively and accurately.

China is facing the most serious strategic risk militarily among the great powers. The US has been increasingly resistant to China’s rise and constantly placing military pressure on China. The Chinese people have thus been increasingly concerned that the bilateral economic and trade conflicts would spread to the military field.

The US is a military superpower and has major military allies such as Japan and Australia. It also has the island of Taiwan’s collusion to harass the Chinese mainland.

But China has never carried out radical national defense policies. China’s military strategy has always been defensive despite its constantly advancing military build-up. Beijing has even not developed a mandatory road map and timetable on the Taiwan question, but has only set a precondition for the use of force – when the Taiwan island authority or foreign forces make separatist movements identified by the Anti-Secession Law.

China has no ambition to overtake the US in regard to military power or to compete with the US militarily on a global scale. China’s core concern on national security has always been political security and stability, and the inviolability of territory and sovereignty. Expanding international influence is a natural process for China, rather than a proactive pursuit through military leverage.

Given the risks posed by the Taiwan secessionist forces and the increasingly clear US intention to contain China, China’s military must develop the ability to withstand the potential US military extortions under extreme circumstances. There are few possibilities and necessities for China to possess military power to provoke the US. But if attacked by the US, China must be able to cause unbearable losses to the US.

The China-US “military balance” in this sense is gradually being established. Especially in the Taiwan Straits, China’s military confidence is multiplying daily. The mainland’s military pressure against Taiwan has become an increasingly effective lever to prevent Taiwan secessionist forces. It has become difficult for the US to weaken China’s leverage.

The China-US strategic game is already a reality, but the two countries hold different goals in this game. The US holds the intention, at least partly, to “defeat” China in its game with China. But for China, the goal is to strive for equal rights and win-win development.

The defense white paper is China’s response to the request from the international community to improve its military transparency. It demonstrates China’s goodwill to the outside world. China repeatedly stresses that it doesn’t seek hegemony and expansion, which is self-restraint to a rising power. It deserves encouragement, not mockery.

The West led by the US should understand that China can’t be intimidated. Past clashes between imperialist powers were often triggered by competing for colonies and overseas spheres of influence. But China has no colony and is not interested in seeking spheres of influence. All the challenges it faces happen in China’s doorway. But it is wise to avoid squeezing a military power.