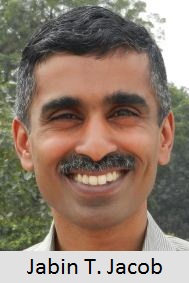 In 2006, Chinese television broadcast a documentary series titled ‘The Rise of the Great Powers’ (Daguo jueqi). Produced by a group of eminent Chinese historians, the series took the country by storm with its bold, impartial look at the reasons behind the rise and fall of nine world powers in the modern era.

The broadcast, in hindsight, might have been the beginning of China’s move away from Deng Xiaoping’s 24-character strategy that enjoined it to “…hide our capacities and bide our time; be good at maintaining a low profile; and never claim leadership.” The decades of economic reforms were beginning to show results. By the time the global financial crisis had wrought its damage in the West, the Communist Party of China (CPC) had abandoned much of Deng’s advice. Today, this is evident in two very different approaches in Chinese foreign and security policies.

First, China has been assertive in territorial disputes. In the case of the maritime disputes with Japan in the East China Sea and with a host of ASEAN nations in the South China Sea, incursions into territorial waters of other countries has graduated to clashes at sea with foreign vessels, and to permanent occupation of and construction on disputed features. This assertion is the result of the availability of vast economic resources and rapid military modernisation.

It is also a deliberate challenge to commonly understood interpretations of international maritime law in practice, but also in official pronouncements by China and through writings by its scholars in international publications. China has also attempted to adopt practices of other powers such as the air defence identification zone (ADIZ).

It is neither important that the arguments that Chinese officials and scholars are making parrot national propaganda nor that China might currently be unable to enforce ADIZ. The point is that it has set itself up as a challenger to be taken seriously by setting precedents in matters of international law. Meanwhile, any external challenges to China’s actions only serve to justify continued nationalism at home as well as increased military spending.

Beijing’s recent announcement that some of its land reclamation work in the South China Sea would be completed soon should not lull anyone into thinking that Beijing is backing off from further provocation. It only means that China continues to follow the opening part of Deng’s dictum: ‘[o]bserve calmly; secure our position; cope with affairs calmly…’.

Indeed, it is illogical to expect a nation that has blatantly violated the 2002 Declaration on the Conduct of Parties with ASEAN to change its spots. Military-related developments will continue given how they are seen as intrinsic to sovereignty, and all activity will continue to be termed as ‘legitimate, justified and reasonable’. Frequent statements will also be thrown in on how these allow China to better perform its international responsibilities and obligations, such as maritime search and rescue.

And yet, the telecast of Daguo jueqi also suggests that China is a power capable of self-reflection and willing to learn from others. So, are China’s actions now the result of those lessons, and does it believe it can avoid the pitfalls that led to the decline of the other major powers? These questions are complicated by the fact that the U.S. remains the world’s sole superpower and China remains deeply insecure on multiple fronts.

This brings us to China’s second approach.

China wishes to present an alternative ideology and model of development from that of the West. Indeed, one could argue that for all rising powers it is not enough to possess economic and military power, but also necessary to gain respect for a moral code that originates with oneself. This Chinese ‘moral code’ in simple terms is about every country having the right to choose its own political and economic systems.

As with all national moral codes, it is also founded on a sense of national exceptionalism. In the case of China, it is unable or unwilling to see how it can possibly be at fault in its territorial claims. Having shown ‘respect’ for other countries’ political regimes, China presumes they must in turn respect the CPC’s rule over China. However, since the CPC’s foundational premise today is about helping the Chinese people ‘stand up’ and overcome the ‘century of humiliation’, there cannot be respect for the CPC’s rule without also respecting whatever sovereignty claims it makes on China’s behalf.

Thus, it is easy for China to justify bullying its smaller neighbours who ‘disrespect’ it by contesting its territorial claims. Part of the power play is this assertion of the legitimacy of the CPC in the face of the American espousal of democracy as a global virtue. This ‘anti-Americanism’ is what gives Chinese assertions of ‘Asia for Asians’ and objections to American alliances in the region an added edge.

And yet, the CPC’s China is also savvy enough to realise that its position of relative weakness vis-à-vis the U.S. and immediate inability to enforce its will in all cases means that it has to consider other options to break foreign distrust. Thus, under its ‘one belt, one road’ initiative China is offering economic largesse in the form of aid and loans to finance sorely needed infrastructure construction in Asia and elsewhere. Thus, China’s excess capital and infrastructure overcapacity are now offered as carrots that help divide ASEAN and weaken opposition within individual countries, even as the stick remains visible in the South China Sea.

Jabin T. Jacob is Assistant Director and Fellow, Institute of Chinese Studies, Delhi. This article has been originally published in The Hindu on July 1, 2015.