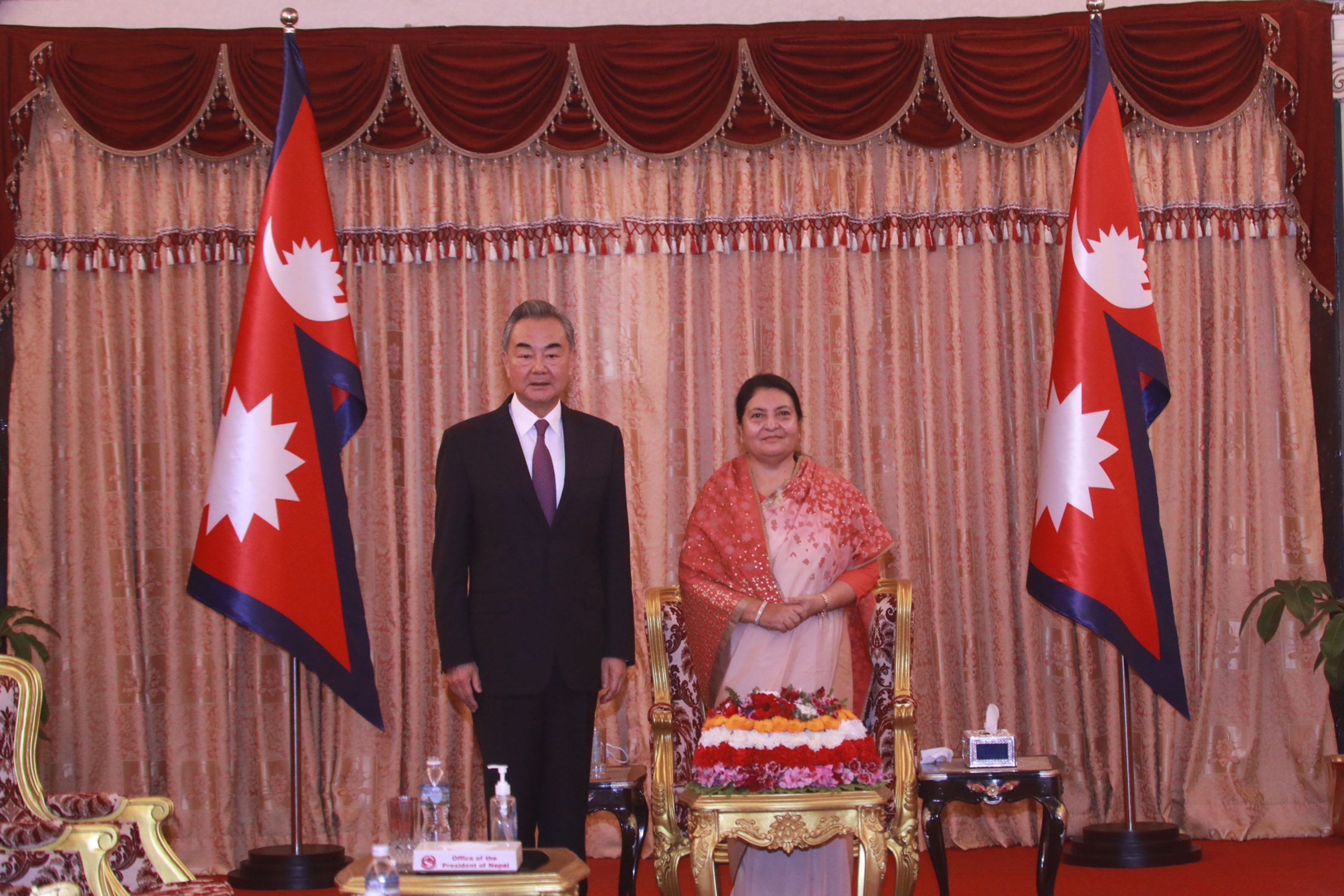 The West seemed caught off-guard by the top Chinese diplomat’s visit to China’s neighboring countries in Asia at this juncture, but experts pointed out that it is a continuation of China’s consistent diplomatic strategy and a reflection of China’s image as a responsible power.

Wang’s visit to Nepal is the highest-level visit by a Chinese delegation since Nepali Prime Minister Sher Bahadur Deuba assumed office in July 2021, which also came after Nepal’s ratification of a $500 million grant from the US through the MCC agreement.

At the meeting, Bhandari said that Nepal will always be committed to developing friendly relations with China, and thanked China for its help with Nepal’s economic and social development, especially with post-earthquake rescue and reconstruction and during the COVID-19 epidemic. She said that Nepal is willing to work with China to promote the Belt and Road Initiative in the country.

China and Nepal have been good relatives and friends for thousands of years, having always supported each other and setting an example of win-win cooperation between large and small countries, Wang said. We are glad to see that friendship with China has become a social consensus that transcends all parties in Nepal, he said.

Wang also met with Nepali Prime Minister Sher Bahadur Deuba and Foreign Minister Narayan Khadka. During these meetings, Wang stressed that China opposes any attempt to undermine Nepal’s sovereignty and independence, interfere in its internal affairs and engage in geopolitical games in the country.

The visit “could not have come at a more appropriate time than now” as both sides have the opportunity to make amends and clear outstanding issues, commented Nepali media outlet The Kathamandu Post.

Throughout history, China and Nepal have been friendly neighbors. But after the inauguration of the US-promoted MCC agreement in Nepal, China and Nepal’s diplomacy is facing a new situation, Qian Feng, director of the research department at the National Strategy Institute at Tsinghua University, told the Global Times on Sunday.

“Wang’s visit to Nepal in this context creates positive and friendly conditions for the development of China-Nepal relations for the better,” Qian said, noting that the Belt and Road Initiative will be actively promoted.

Before landing in Nepal, Wang visited Afghanistan, India and Pakistan. His tour to these Asian countries came off as quite unexpected to some Western countries which have been focused on the Ukraine issue.

“The world is a big place, and China does not ignore other regions beyond the hot spots,” Lü Xiang, a research fellow at the Chinese Academy of Social Sciences told the Global Times on Sunday.

China is doing all-round diplomacy, Lü said. “While calling for a peaceful solution to the Ukraine issue, China is also leading a peaceful and united environment in the surrounding regions as much as possible.”

Qian noted that this is the path of diplomacy with Chinese characteristics.

“In crises, China does not instigate conflict, but actively advocates peaceful solutions. Outside of hotspots, China is committed to reaching out to a wide range of developing countries to achieve peace and development in a shared community of common destiny.”

Wang’s whirlwind tour to four of China’s neighboring countries in Asia is likely to bear friendly fruits in the near future, especially regarding regional stability, experts told the Global Times.

In early March, Wang Yi said that global governance will enter the Asian time in 2022.

Qian pointed out that Asian countries remain committed to peace and development, the main themes of human society.

“This is in stark contrast to some Western countries, seeking their own security through putting other countries under danger,” Qian said. “Such a contrast also shows that China is a peace-loving and responsible country for the common cause of mankind.”