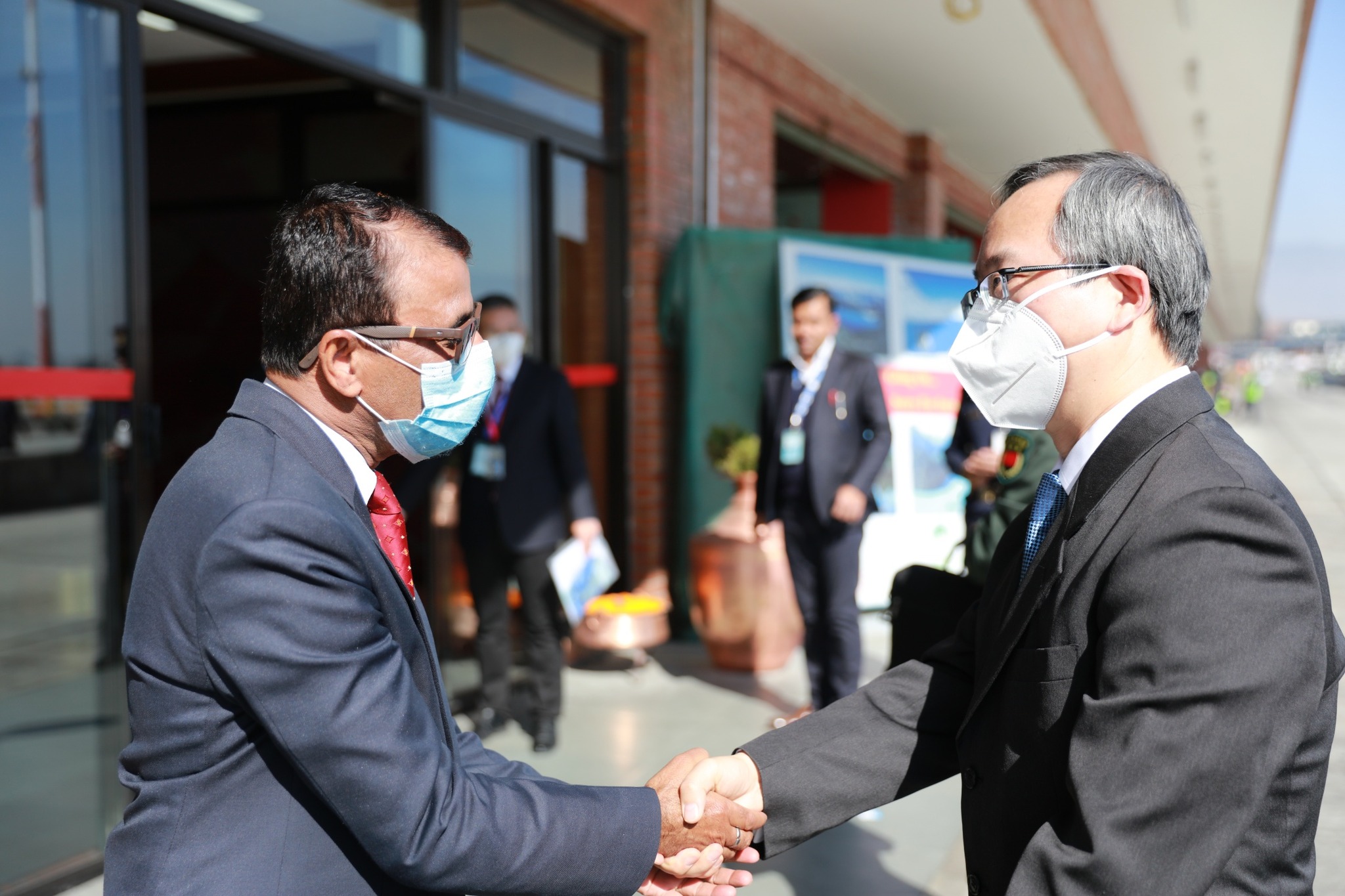 Upon arrival at Tribhuvan International Airport, the ambassador from the northern neighbour was received by representatives at the Ministry of Foreign Affairs and the Embassy of the People’s Republic of China in Kathmandu.

On the occasion, the ambassador said Nepal and China were connected by the Himalayas and rivers and both neighbours enjoyed a long friendship. Since the establishment of diplomatic ties between the two countries in 1955, China-Nepal ties are based on mutual respect, trust, support and cooperation, according to him. In addition to this, recalling Chinese President Xi Jinping’s visit to Nepal in 2019, he described the visit as a historic one.

During the visit, the heads of the nations from both neighbours were agreed to develop a strategic partnership for long lasting friendship, mutual cooperation and for development and prosperity, he added. Chen is the 22nd Chinese ambassador to serve in Nepal. He succeeds Hou Yanqi.