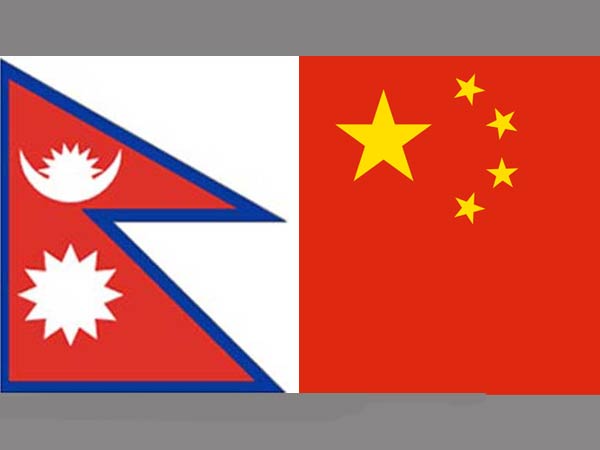 By Umesh Pokharel (Global Times, 19 August 2018) –  A deal to let 30 Chinese NGOs work in Nepal has generated socio-political interest in the Himalayan nation. The entry of the Chinese organizations following an MoU between China NGO Network for International Exchanges and Social Welfare Council (SWC) of Nepal has drawn international and domestic attention specially because it is being seen as a prominent example of South-South cooperation.

Another interesting aspect is China’s changing attitude toward the role of NGOs in diplomacy and global governance.

The deal to send the NGOs to Nepal can be analyzed in light of the “Going Global” strategy formulated by China in 2001 to streamline efforts to promote Chinese investments abroad. Instead of sticking to the Mao-era mind-set of self-reliance, the strategy urged Chinese firms to take benefit of thriving world trade by investing in global markets. The success achieved due to the strategy motivated China to initiate the internationalization of NGOs. Introduction of “Charity law” in 2016 further strengthened it.

This apart, the Belt and Road initiative,which is proposed by President Xi Jinping, also served as a strong catalyst for the Chinese NGOs to venture abroad. The chief purpose of the internationalization of Chinese NGOs, according to Shengjun Zhang, a Chinese scholar, is the people-to-people diplomacy. He mentions in his article, “The Changing Civil Diplomacy” published in The Report of the Chinese Civil Diplomacy (2016), that the next step for Chinese public diplomacy is to diversify the types of NGOs engaging in globalization, and to empower government-organized NGOs to play a meaningful role in public diplomacy.

Accordingly, currently Chinese NGOs have gone to a number of African countries such as Kenya, Tanzania, Uganda, Sudan, Malawi, Zimbabwe and other East Asian nations before they formally entered Nepal.

Chinese NGOs first entered Nepal in 2015 to support earthquake-affected people during the mega-earthquake measuring 7.8 on the Richter scale that caused 8,898 people to perish and injured 22,309. China sent its rescue and relief mission a day after the earthquake when the Nepalese government had been unable to decide the next step.

Having seen the situation in Nepal, China continued to support relief and reconstruction following the disaster. A number of Chinese NGO – One Foundation, The Amity Foundation, and China Foundation for Poverty Alleviation, China Social Welfare Foundation – provided humanitarian assistance to earthquake victims. They provided relief materials and tarpaulin during the first phase while corrugated galvanized iron sheets, wire and knots to build temporary shelters were given later. Support to rebuild school buildings was also provided.

Now, the priority of these NGOs has shifted to long-term development as indicated by Wang Xingzui, Vice President of the China Foundation for Poverty Alleviation. During the signing of the general MoU of the organization with the SWC in August 2015, he had indicated that a good amount of money from China is likely to be directed toward fulfilling the Nepalese government’s strategy to link relief and recovery initiatives to long-term development.

China’s entry into long-term development intervention in African and Asian countries has a symbolic message – the increased possibility of South-South development cooperation which was first articulated in the historic Bandung Conference in 1955, a milestone declaring South-South cooperation as a global political movement. With the emergence of China as a global economy along with rise of a large and expanding group of middle- and low-income countries and their interest in development cooperation has been seen to challenge the one-way model of Western development.

Proponents of South-South cooperation believe that it leads to the development of “horizontal partnerships” based on equity, trust, mutual benefit and long-term relations. Unlike the Western model of development, it is to be driven by non-interference in internal affairs, increased sensitivity to specific contexts, equality between partner countries, mutual economic and commercial linkages, including access to dwindling natural resources, and not by charity.

A research article “Nepal: A Development Challenge” by Sarah Kernot published in South Asia: Journal of South Asian Studiesin 2006 concludes that the last 50 years of developmental cooperation by the West in Nepal has brought minimal results. It also says that despite the implementation of developmental program, the poor have been further marginalized. Based on the finding, the writer questions the validity of international assistance in Nepal’s development. Though NGOs have been successful in offering humanitarian assistance, they are criticized for being dependent on overseas funding and for lacking accountability and sustainability over their work. Chinese NGOs have a lesson to learn if they don’t want to meet the fate of Western NGOs in Nepal.

Expectations of state and non-state actors in the global community including those in Nepal toward the way Chinese NGOs have gone global are high.

Therefore, China has an additional responsibility to focus on infrastructure development, skill-based training and a program that offers tangible results thereby creating and promoting a unique model of development that fits the South-South cooperation framework.

The author is a development communications professional in Nepal. [email protected]