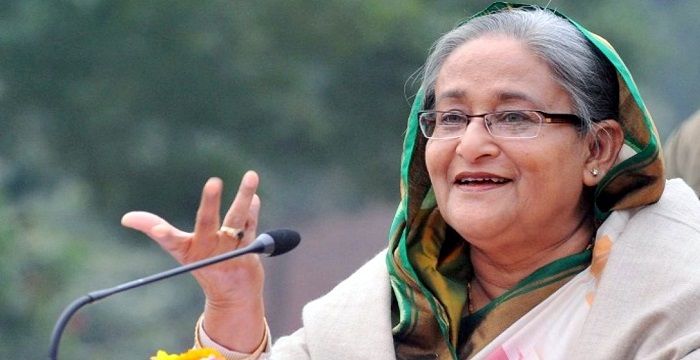 Chowdhury’s comment came in the context of the bitter political fight between Awami League and main opposition Bangladesh Nationalist Party and Dhaka’s claims that India-Bangladesh ties are at their best after Hasina took over the reins as PM, defeating anti-Indian and anti-liberal forces.

Chowdhury also tried to address India’s apprehensions about China’s increasing footprint in Bangladesh, saying “for Bangladesh, China is no replacement for India as a friend”.

Awami League general secretary and communication minister Obaidur Kader was even more direct as he addressed the conclave. He said, “Amader bikalpo Pakistaner bondhura (Our alternative is a friend of Pakistan).”

Asked about what would happen if she lost the polls, Hasina had told visiting Indian journalists at her residence, “The PM’s chair is for just five years, but since my father (Sheikh Mujibur Rahman) liberated this country, I try to lead my life for that purpose and will continue to do so. I believe people understand this.” About her ties with India, she said, “Governments will come and go, but neighbours will remain and all problems can be solved bilaterally.”