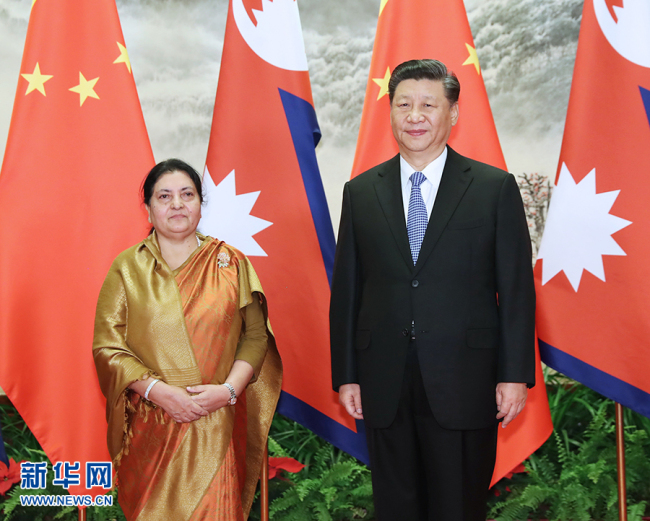 By Hu Weijia (Global Times, 9 October 2019) -The Indo-Pacific strategy proposed by the US is not suitable to Nepal. In anticipation of Chinese President Xi Jinping’s upcoming visit to Nepal, The Diplomat magazine published an article saying Kathmandu is caught between the China-proposed Belt and Road Initiative (BRI) and the US Indo-Pacific strategy. But that viewpoint may overestimate Washington’s economic clout in the Himalayan nation.

Although US President Donald Trump is strongly upholding the Indo-Pacific concept, his political rhetoric hasn’t brought much investor interest or capital to Nepal.

The Indo-Pacific strategy is still no more than a concept that lacks operating details. The US was one of the first countries to extend development assistance to Nepal, but the total US foreign assistance to the Himalayan nation was just $115 million for fiscal year 2017, according to Borgen Magazine, accounting for a very small part of the money received by Nepal from bilateral and multilateral donors.

Nepal’s economic growth is expected to remain strong at over 6 percent this fiscal year. The country is trying to send a message to foreign investors that it will open up more sectors of the economy to them. At this critical moment, the Indo-Pacific strategy, which sounds like lip service, appears unattractive compared with the BRI.

With an eye on the rising significance of Nepal in the BRI, China has been strengthening ties with the Himalayan nation in recent years, mainly through infrastructure investment. Expansion of the Civil Hospital in Kathmandu, an international airport in Pokhara, among others, are notable projects undertaken with Chinese assistance, according to the Xinhua News Agency.

Official data shows China is the top source of foreign direct investment and the second-largest trading partner of Nepal. Xi’s upcoming visit will further promote bilateral cooperation in various areas such as trade, energy and infrastructure.

China’s increasing economic presence in Nepal has aroused vigilance in India, which still to some extent sees the nation as its backyard. India and Nepal in September inaugurated a cross-border oil pipeline, which will transport fuel to the landlocked country.

Although India is enhancing its ties with Nepal partly because of geopolitical considerations to counter China’s increasing presence, this is not necessarily a bad thing because Nepal’s economy can benefit from Sino-Indian competition.

We advise the US to join the competition and bring tangible benefits to the landlocked country, which will make the Indo-Pacific strategy more than just empty talk.

China has no intention to identify each country’s circle of friends in South Asia and include Nepal in its “camp” against the US or India. It would be an exaggeration to say that better relations between China and Nepal mean India or the US is losing ground.