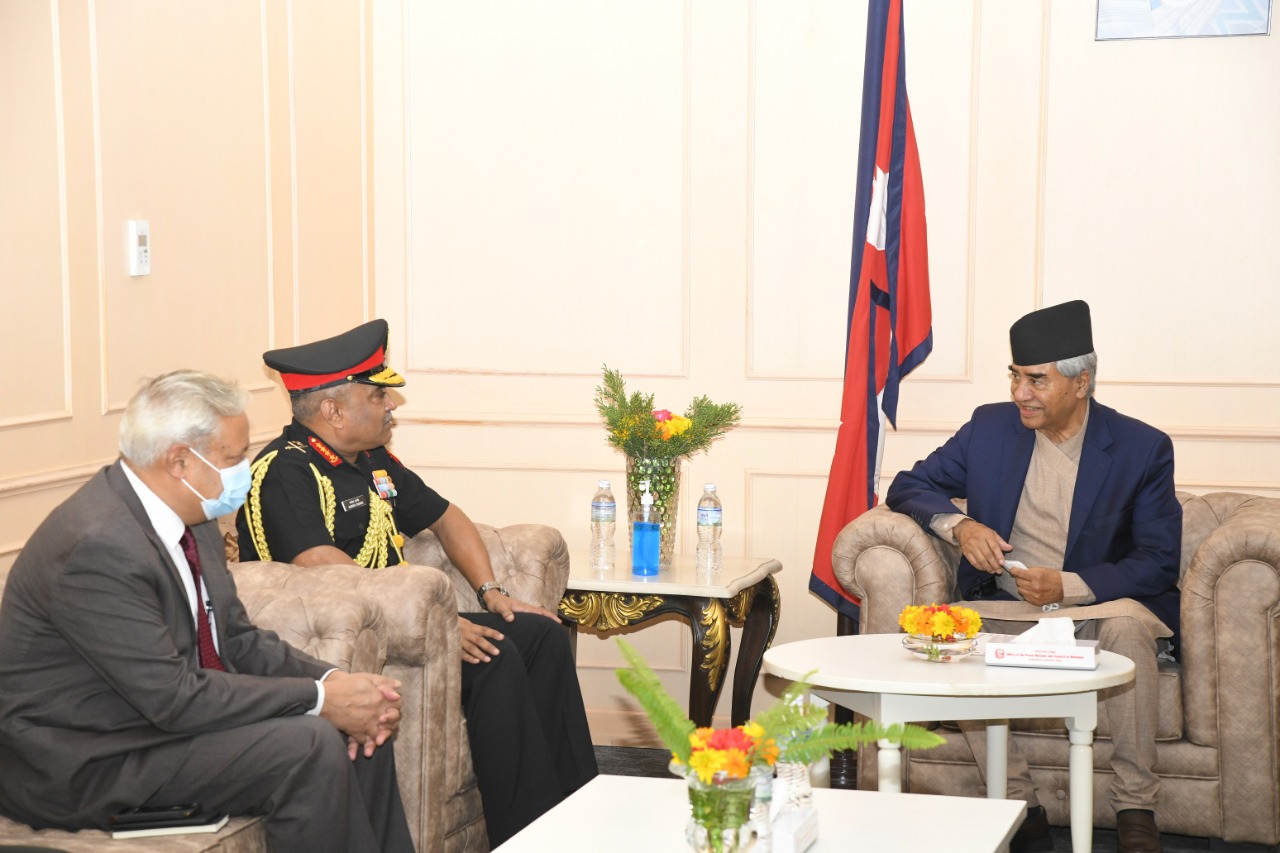 General Pande briefed Prime Minister Deuba on his engagements in Kathmandu and conveyed his personal gratitude for the warm hospitality extended by the Government of Nepal. General Pande reaffirmed that he would work to further strengthen the defence cooperation between the two countries.

Earlier in the day, General Pande had visited Nepali Army Command and Staff College at Shivapuri and addressed the students and staff there.