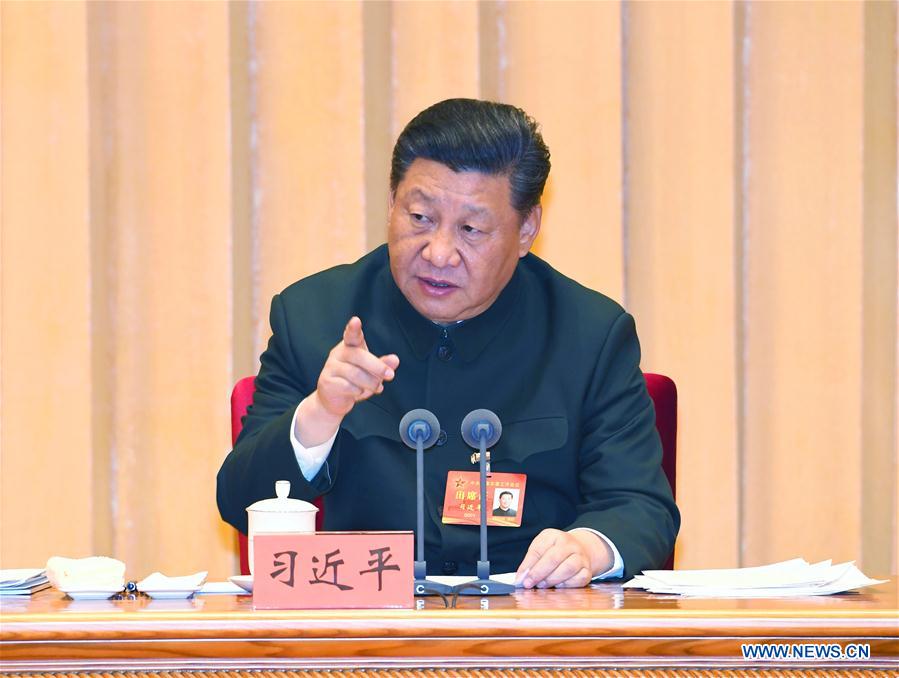 BEIJING, April 29 (Xinhua) — The U.S. smear on China over the COVID-19 pandemic’s source and handling has heightened its self-centered and cold-blooded mentality that downgrades its status as a responsible and competent power.

President Donald Trump said on Monday that China could have stopped the coronavirus before it swept the globe and his administration was conducting serious investigations into what happened.

The same old tune of the Trump administration is nothing surprising but is short of legitimacy. It is shifting blame to China to cover up its own opacity, inability and unaccountability in handling the outbreak in the United States.

China has made it clear what it has done to make information available for the rest of the world on epidemic prevention and control. The issue of tracing virus origins is so complicated, and no tenable conclusion could be made so far. China’s transparency and effectiveness in handling the outbreak are endorsed by the global community.

The United States is worst-hit by the pandemic. The Trump administration has drawn domestic criticism for its dereliction in response to the epidemic. Many U.S. media outlets have grilled it for concealing the early death toll, the cause of the 2019 flu influenza, and the reason for the sudden closure of Fort Detrick Base in Maryland.

If the Trump administration is truly responsible for the American people, sensible and capable of responding to the epidemic, it should stop shifting blame to China, and explain to the world what it has done and what happened in the United States.

The pandemic is far from over. China will not be intimidated and will continue to consolidate the progress it has made in epidemic prevention and control until the final victory is secured.

The coronavirus is the common enemy of mankind. It is despicable and futile for the Trump administration to shift blame to China to cover up its own mistakes as the Chinese people and the American people are both victims. The Trump administration should take its due responsibility and never become the common enemy of global public health security.