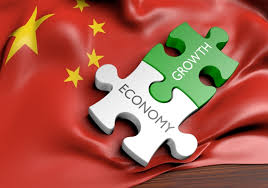 BEIJING, June 13 (Xinhua) — Recent months have seen a handful of hawks in Washington trying every means to discredit China and stoke confrontation between the world’s two largest economies.

For them, China’s rapid growth in the past four decades is hard to take given their deep-rooted conception that the United States will always maintain its global supremacy in all fronts.

Viewing China’s growth as a threat to the U.S. global dominance, they have hurled out various remarks largely detached from reality regarding Beijing’s domestic policy and global role. Yet for many in and outside the United States, such full-court press on China is neither righteous nor achievable.

Singaporean Prime Minister Lee Hsien Loong said it is neither possible nor wise for countries to prevent China from growing and strengthening, and former U.S. Assistant Secretary of Defense Chas Freeman also urged Washington to “yield gracefully” to China’s inclusion in regional and global governance, rather than attempting to shut China out.

The United States must accept that good capabilities to do research and make development “can also be found in the East,” said Malaysian Prime Minister Mahathir Mohamad.

China’s transformation over recent decades is born of the hard work of its people. And its ever-deepening reform and opening up and its increasingly active participation in global affairs also contributed to global peace and prosperity.

As global politics evolves, isolationism has become a thing of the past and multilateralism is the widely-embraced trend.

Failing to grasp that global progress now largely hinges on cooperation between all players, some U.S. hawks even attempted to solicit partners against China, but their plans would never work.

The international community is increasingly rattled by Washington’s frequently-used bullying tactics, its recurring withdrawal from international organizations and treaties, and its repeated lies and instigations for the sake of selfish interests.

By comparison, the world has mostly welcomed China’s growth as it is seeking common prosperity with others, by adhering to the opening-up policy, actively integrating into the global economy, and promoting regional and global cooperation via platforms such as the Belt and Road Initiative.

Those tough-talking U.S. politicians really need to heed the global call for cooperation over confrontation, and discard the zero-sum mentality in relations with other countries.

Forcing “America First” will only lead to America alone.