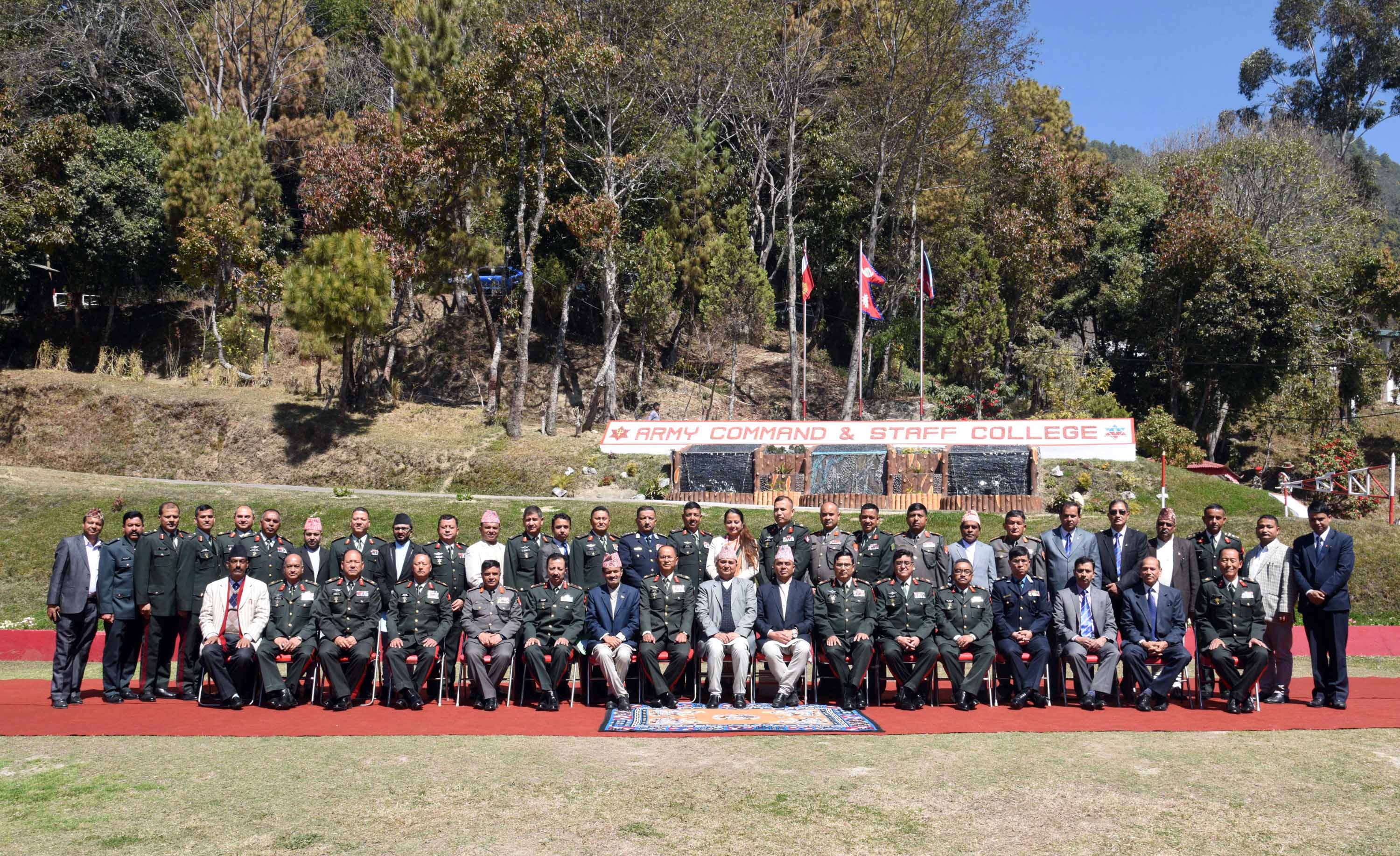 Nepal Foreign Affairs (KATHMANDU, 13 March 2019) – Deputy Prime Minister and Minister for Defence, Ishwor Pokhrel, has said that a common concept should be made regarding national security.

Distributing certificates to participants of 15-day National Security training here on Wednesday, DPM Pokhrel said that a national security policy was going to be formulated as per national unity and security needs.

The training was jointly organised by Defense Ministry, Army Command of the Nepal Army and Staff College, Shivapuri.

He said that all Nepalis should stand together on the issue of national challenge and risk. Saying stability is necessary for all and not only for those who remain in the power, the DPM said that violence and other criminal activities would not be acceptable to the people. He also pointed out the need of national security university in Nepal.

Similarly, Ishwor Hamal, Commandant of Army Command and Staff College, said that the training was organsied with an objective of building common coordination between government bodies and high-officials of security bodies over the issue of national security.

He also expressed the belief that the training would be useful to this effect. A total of 23 people had participated in the training that began on February 27.