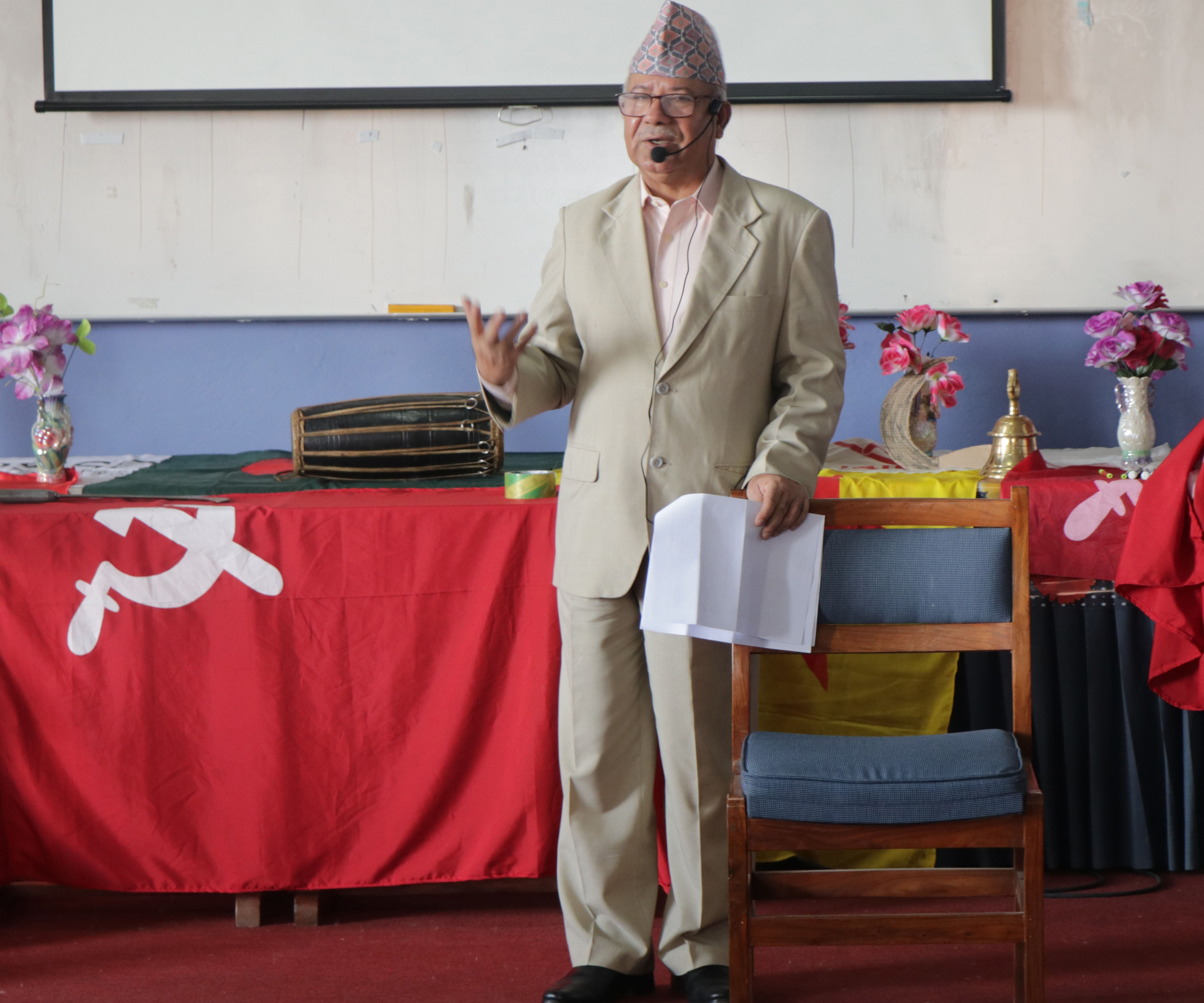 At a training ‘History of the World Communist Movement and Present Situation’ being organised by Madan Bhandari Asian School, the school established as the first communist school of Nepal, at Kharipati, Bhaktapur, leader Nepal said the communist-led government should be successful.

He said, “The communist system has now given a chance to the CPN and the country. Nepal should take benefit from such opportunity. Communist movement has already been successful in Nepal. Communist-led government should also be successful.”

Leader Nepal said there was necessary of social, economic and cultural revolution in the country as political revolution has been completed in the country as such responsibility has come upon the shoulder of CPN.
He also pointed out the need of making rule and process of the unification up to lower-level systematic to make unification between the two big communist parties long-lasting.

The 21-day training launched from August 25 would conclude on September 14. Prime Minister had inaugurated the training where 49 people from 14 countries including Nepal, India, Bangladesh, Sri Lanka, Pakistan, Thailand, Argentina and Brazil are participating.