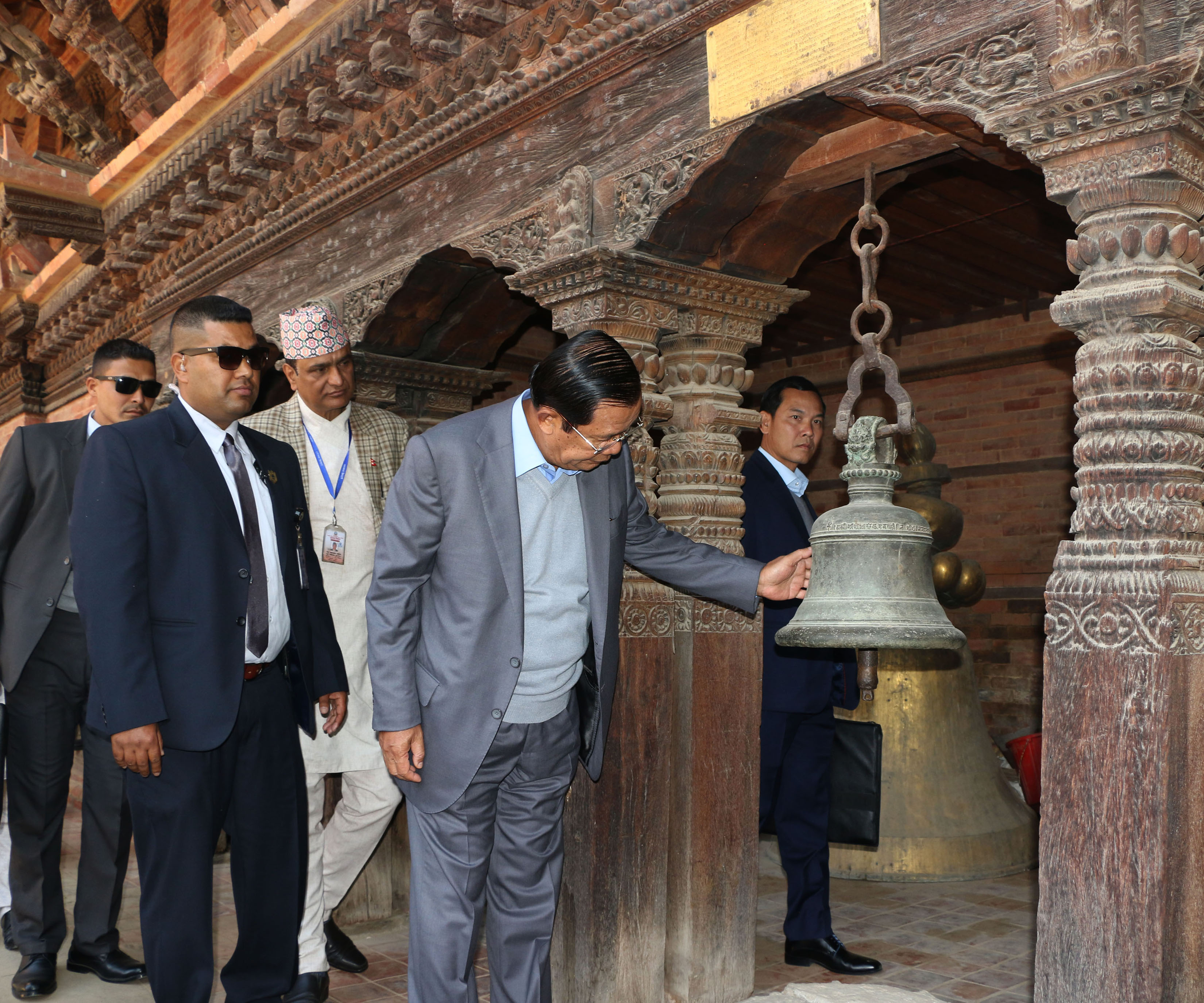 Narayan Dhungana (KATHMANDU, 30 November 2018) – Security in the Kathmandu Valley has been strengthened in view of the “Asia Pacific Summit- 2018” taking place for the first time in Nepal.
The Home Ministry has said that it has taken all possible measures to keep the security system foolproof. According to Ministry’s Information Officer Ekdev Adhikari, all security bodies have been directed to do the needful in view of the Summit and the arrivals of VVIP and VIP foreign guests on the same context.
“Guests from 45 countries including the incumbent heads of the state and heads of the government will be arriving for the Summit,” he said, adding that the Ministry had done its best to ensure reliable security arrangements.
“Security personnel have been mobolised in several cordons as per the existing security plan and the issue of security threat has been considered.”
More focus has been laid on the security affairs of residential areas chosen for international delegates, the programme venue and road areas. The Ministry is concerned about personal safety of guests arriving here at the invitation of the government and the security arrangements are in place accordingly.
Police spokesperson Uttam Raj Subedi assured that no stone had been left unturned in regard with security arrangements.
As he said, subordinate security personnel had been directed to perform duty seriously. Metropolitan Traffic Police Division chief Senior Superintendent of Police Basanta Kumar Pant said there remained no problem in the traffic management issues in Kathmandu at this special time. Traffic movement in every area has been made easier.
Similarly, the odd-even number plate system for operating vehicles in the Kathmandu Valley implemented since Thursday morning in view of the Summit has been withdrawn from 11:30 am today, bearing in mind inconveniences faced by the people.
This is the first extended international summit after the fourth BIMSTEC Summit held on August 30-31 in Kathmandu.
Six heads of the state/ governments and deputy chiefs; five first ladies; 10 former heads of the state; one deputy prime minister; five speakers and deputy speakers are among the 1,500 guests from 45 countries to the event.
Lakoba Taeia Italeni, the Head of the State of Tuvalu; Prime Minister of Cambodia Hun Sen; and State Counsellor of Myanmar Aung San Suu Kyi arrived here Thursday in course of attending the Summit while Vice President of the Republic of Philippines Leni Robredo has been in the central capital since Wednesday.
President of Nauru, Baron Waqa and Head of the State of Samoa, Afioga Tuimalealiifano Vaaletoa Saulauvi II are arriving today.
The International Conference of Asian Politics (ICAP); Universal Peace Federation (UPF); International Association of Parliament for Peace (IAPPC) are organizing the Summit with the support of the Nepal Government and the Federal Parliament of Nepal.
The Summit will run until December 3. A committee has been formed under the convenorship of former prime minister and Communist Party of Nepal (CPN) leader Madhav Kumar Nepal to facilitate the Summit. The government has taken the responsibility of security of distinguished guests and their travel.