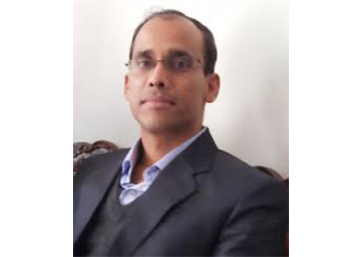 After lying dormant for years, the Nepal-India border dispute over Kalapani has once again become embroiled in controversy. Nepal claims that the Lipu-Lekh Pass, which was mentioned in the joint statement of May 15, 2015 during Prime Minister Modi’s visit to China, is a disputed tri-junction in which Nepal has an equal share. The joint statement states: “…The two sides agreed to hold negotiation on augmenting the list of traded commodities, and expand border trade at Nathu La, Qiangla/Lipu-Lekh Pass and Shipki La.” Nepalese media, academia, civil society and ruling and opposition party leaders have all expressed concern over this development and have demanded that China and India should withdraw the mention of Lipu-Lekh in the joint statement. They have also argued that such a mention tantamount to disrespect for Nepal’s sovereignty and a threat to its territorial integrity. Nepalese Prime Minister Sushil Koirala is under pressure from his coalition partners to lodge a formal diplomatic protest against section 28 of the 41-point India-China Joint Statement. The issue has intensified public debate in Nepal at a time when India and Nepal have agreed to resolve the existing border dispute amicably through bilateral mechanisms during Modi’s August 2014 visit to Kathmandu. In this regard, the two countries have already established a joint boundary technical committee to demarcate the border by 2019.

The fact of the matter is that both China and India have been mentioning Lipu-Lekh Pass as one of their border trading points since 1954. The agreement on trade and intercourse with Tibet signed in April 29, 1954 states that “traders and pilgrims of both countries [India and China] may travel by following passes and route: (1) Shipki-La pass…(6) Lipu-Lekh Pass.” But the subsequent flare-up over the border and the 1962 war and the freeze that it resulted in disrupted India’s trade with Tibet. The relationship took a new turn with Rajiv Gandhi’s visit to Beijing in 1988. During the visit, both countries agreed to resume border trade and sign fresh agreements in this regard. A Memorandum of Understanding (MoU) on Resumption of Border Trade was signed in December 1991 during Prime Minister Li Peng’s visit to New Delhi. In an effort to strengthen border trade through the mutually agreed designated trading routes, India and China further signed a Protocol of Entry and Exit procedure for border trade in July 1992. Interestingly, Lipu-Lekh pass was mentioned in both these agreements as a mutually recognized border trading point. Subsequently, both countries agreed to expand border trade in 2003 by including Nathu La as the entry and exit point, according to the MoU signed in December 1991. In effect, Lipu-Lekh has been a recognized trading and pilgrim route between China and India since 1954.

From 1954 to 2015, China did not claim the Lipu-Lekh Pass as a tri-junction. Had the Lipu-Lekh been a disputed territory or part of Nepal, China would not have signed these MoUs with India. Moreover, why has Nepal not raised the issue of the disputed territory until now? Only some Nepalese scholars argue that China considers Kalapani area as a disputed land. Lipu-Lekh Pass is close to Kalapani, a disputed land located along the India-Nepal border in Pithoragarh district of Uttarakhand. Both India and Nepal lay claim over Kalapani based on survey maps prepared during the British Raj. Officially, Nepal brought the issue before India after the signing of the Mahakali treaty in 1996. India assured Nepal to resolve the issue by having a joint technical committee. The committee was formed in 2002. The issue was once again discussed between then Indian External Affairs Minister Pranab Mukherjee and his Nepalese counterpart Upendra Yadav in 2008. Reportedly, on both occasions, Nepal indirectly hinted that China should be included in the negotiations. China has, however, not made any statement on the Nepalese proposal. Despite India’s assurance to Nepal to resolve the issue through bilateral mechanisms, Nepal has persistently requested China to make its position clear or support Nepal in resolving the issue with India. The issue first came up during the China-Nepal border agreement in 1961. China responded to the matter by acknowledging it as a disputed land between India and Nepal. In May 2005, Nepal’s Ministry of Foreign Affairs once again brought the issue of the 2004 India-China agreement on border trade before China. According to the Ministry’s May 10, 2005press release, China responded that “Chinese side always holds the view that the problem of Kalapani between Nepal and India should be resolved through friendly bilateral consultation and the Chinese side fully understands the concerns of the Nepalese side and respects the sovereignty and territorial integrity of Nepal”. Media reports suggest that in 2008 the Nepalese government also officially requested a visiting Chinese military delegation led by Major General Ei Hujeng to extend support in resolving the Kalapani dispute with India.

Nepal’s position on Kalapani and Lipu-Lekh Pass appears to be politically motivated. Border issues with India often dominated the country’s foreign policy during the Communist and Maoist regimes in Kathmandu. Further, ultra-nationalist groups on both the left and right of the political spectrum have been spreading anti-India sentiments and demanding a greater Nepal to gain political mileage. While India has agreed to resolve the issue amicably, Nepal’s China card – emphasis on China to become a party to the dispute – is likely to unnecessarily bring stress on bilateral relations. While the territory is geographically a tri-junction, it is disputed only by India and Nepal.