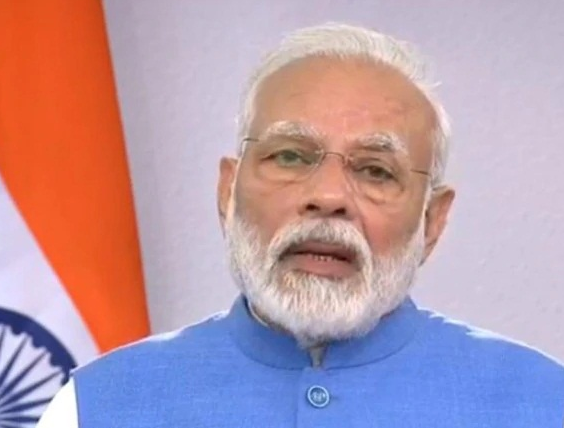 By Baijayant “Jay” Panda (4 May 2020) – It would not have come as a surprise to most people when a national survey last week showed an staggering 93% of Indians expressing confidence in Prime Minster Narendra Modi’s leadership in tackling the coronavirus crisis. In fact, other surveys had shown public’s confidence having steadily grown, from 77% at the beginning of the national lockdown over a month ago, to 83% earlier this month.

This was evident to anyone with an ear to the ground, such as the millions of volunteers who have been reaching out to assist those in need, or those who are in touch with many of them to coordinate aid. That confidence was also echoed by the vast majority of domestic and international public health experts monitoring India. Their sentiments were backed by solid evidence of the nation having done remarkably well in managing the pandemic.

Nevertheless, for a group of the usual suspects among international media, and some of their fellow travellers in India, all this might have been happening in a different galaxy. So deeply do they seem vested in purveying bad news about India, that they appeared oblivious to the overwhelming evidence that India was a stunningly positive outlier.

In the early stages, this school of reportage and commentary predicted catastrophe for India. They kept emphasising that since first world nations with superior healthcare systems were in big trouble, India was doomed. Some headlines include “Callousness of India’s Covid response”; “A vulnerable population braces for a pandemic”; “The consequences (in India) will be especially grim”; and even “Mr Modi is in big trouble.”

Next, as the days went by, they cast doubts on the relatively few infections by hyping the “low level of testing.” Never mind that their cynicism —which should have been corroborated by a severe shortage of hospital beds and ventilators, and a sharp rise in respiratory-related deaths— was contradicted by reality. As testing was ramped up dramatically to the hundreds of thousands, and it became clear that far fewer Indians were turning up positive per 100 (IS THIS 1,000?) tests than in Europe and the United States (US), that bogey has mostly been quietly tucked away.

Thereafter, their acknowledgment that India was doing relatively well has been fleeting, and the tone grudging. Some sounded wistful, almost as if hoping that the good news about India were untrue, or if it were, that it would soon be overcome by negative developments. To be sure, the road ahead for India’s fight against the virus will be long and arduous. But while it is not the global media’s job to exude undue optimism about India, neither should it be to downplay real achievements and ooze negativism.

Finally, when the doom and gloom failed to materialise, these purveyors of a rigidly-blinkered narrative on India turned to their favourite charge: Islamophobia. They pounced on the developments surrounding the Tablighi Jamaat, and the public’s disapproval of its members’ behaviour, to accuse the Modi government and most Indian media of polarising the situation.

Of course, the reports that made this claim invariably omitted mentioning that the government’s rules —such as the closure of places of worship— were equally applicable to all religions. Or that the PM’s repeated appeals to unite people, including asserting that this virus “does not see race, religion, caste…we are in this together” was exactly the opposite of their allegation. And ironically, even those in the Indian media who went out of their way to be politically correct, more often preferring to use the euphemism “single source” rather than name the Tablighi Jamaat, were nevertheless accused just the same.

Such jaundiced views about India have gradually become commonplace among far-left, modern liberals within and without the country. Another aspect that stands out among this group is an excessive empathy for China that defies reason and which has eroded their credibility.

That was visible in the hotly-contested debate about the name of this virus. Although originally termed the “Wuhan virus” and later whitewashed into “SARS-CoV-2,” the moment US President Donald Trump called it a “Chinese virus,” all hell broke loose. Calling it that has, somewhat oddly, been termed racist by these commentators. More to the point, as the American talk show host and classical liberal —and no fan of Trump— Bill Maher pointed out, all past epidemics have been named after the place of their origin. These include German measles, Japanese encephalitis, Spanish flu, Middle Eastern Respiratory Syndrome (MERS) and others.

The reason this should be of interest in India is that none of this cohort objected a few years ago when an antibiotic-resistant bacterial strain was named the “New Delhi metallo beta-lactamase 1 (NDM-1), because it was possibly first acquired here. This sort of hypocrisy only reinforces the perception of an entrenched bias against India among these circles.

As India grapples with the next phase of this pandemic, both in containing it as well as reviving the economy, it will also have to contend with more such determinedly pessimistic portrayals. It would be more appropriate for us to strive for a more balanced global narrative on India.

The views expressed are personal