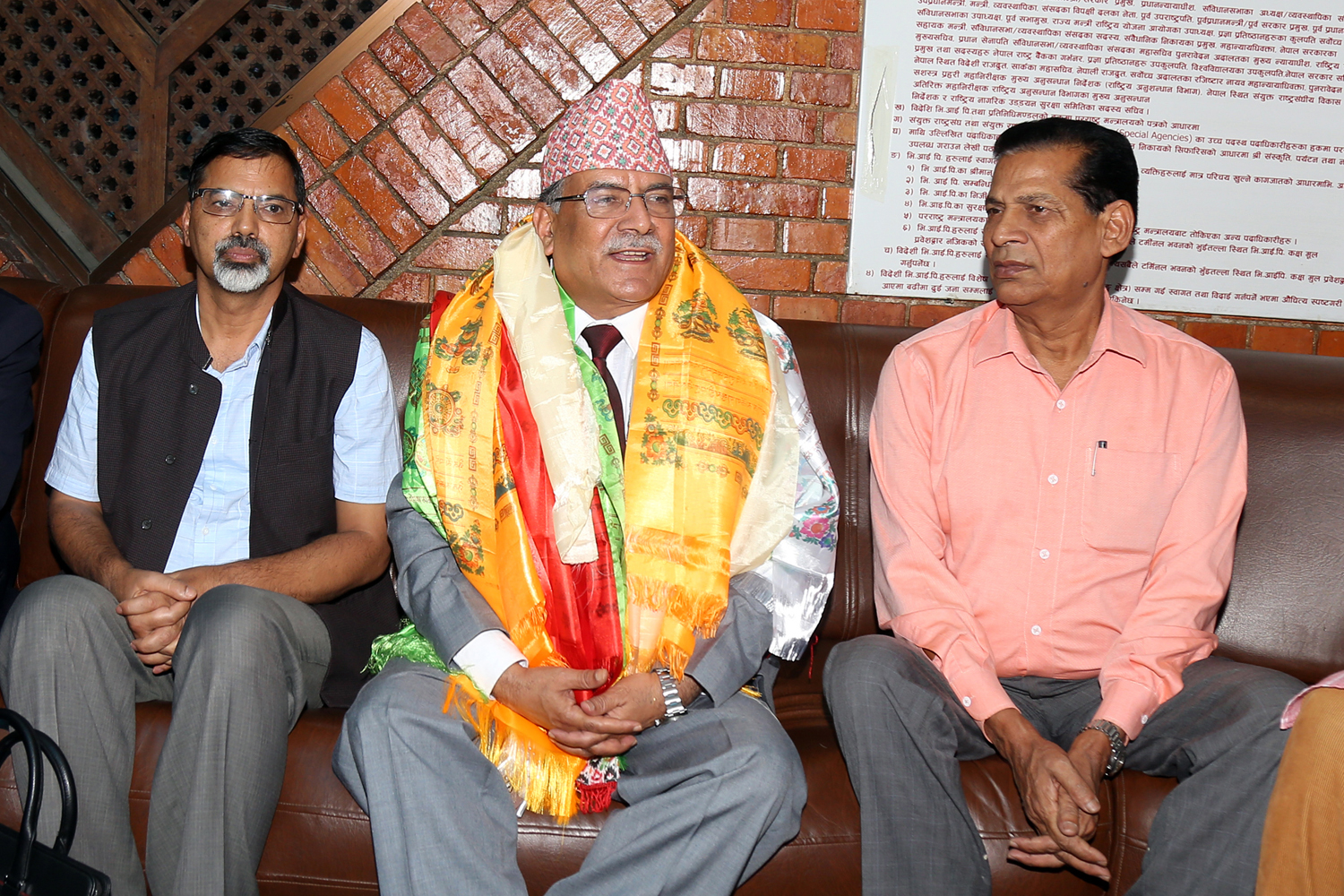 Following the official visit of India a week before, Prachanda has embarked a journey of northern neighbour China. After the unification of the two major communist parties- CPN-UML and CPN (Maoist Centre), this is the first visit of Prachanda to China.

Prachanda’s India and China visit has been analyzed as strategically significant as he was presenting himself as an alternative of KP Sharma Oli as Prime Minister of Nepal. Indian government had hosted Prachanda last week in New Delhi as special guest and as an equivalent to Prime Minister Oli.

Prachanda himself said to Indian media he was given high importance by the Indian government and held long and open conversation to the senior leadership of India including Prime Minister Modi. Subsequent to the successful visit of India, he seems hopeful in the China visit too.

Before leaving, Prachanda told media at Tribhuvan International Airport that major agenda of the visit was to extend and strengthen the relations between CPN and Communist Party of China.

Another focus of his visit, as he said, would be the initiative to implement various issues of agreement and cooperation reached between the two countries in the past. During his stay, the CPN Chair and former Prime Minister would hold talks with high level leaders of China on mutual relations and also on bilateral relations.

In a different note, he said discussions were underway to unify the sister organizations of the former CPN (UML) and Maoist parties as per the party unity. ‘Immediately after I return from China, all remaining issues of the unification of sister organizations would be concluded. There is no doubt unity concludes before Dashain festival,’ he asserted.

When Prachanda was in New Delhi, Nepal government had cancelled the pre-scheduled BIMSTEC military drill at the eleventh hour, which has been understood by Indian establishment as diplomatic snub to India. Indian media have been projecting the cancellation of military exercise as growing Chinese influence on Nepal.

Prachanda’s China visit in such a backdrop would receive warm welcome in Beijing but China’s leaders would also try to get the sense of what he and Indian Prime Minister Modi transpired during their one hour long meeting.