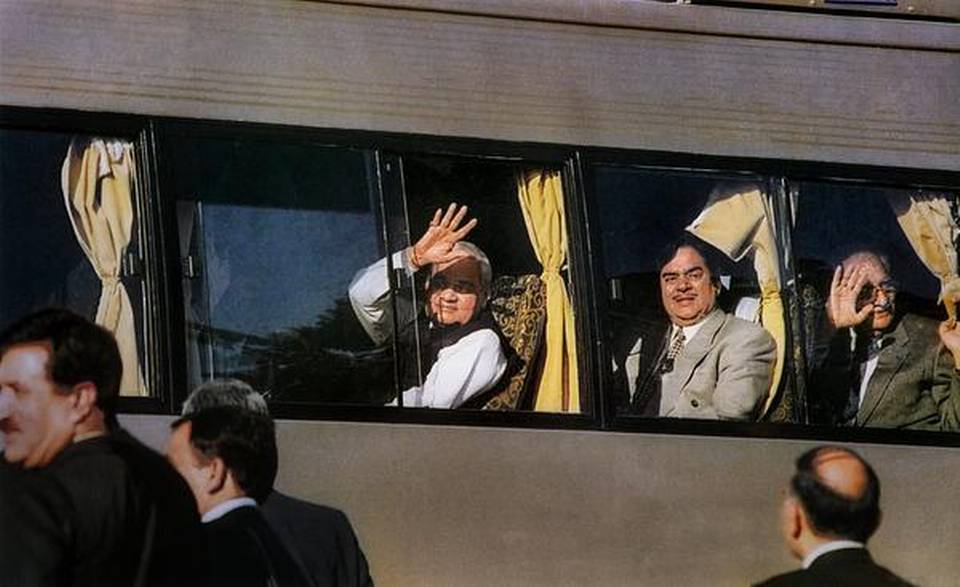 PTI (NEW DELHI, 12 August 2019) – The Delhi Transport Corporation (DTC) on Monday cancelled the Delhi-Lahore bus service as Pakistan has decided to discontinue it in the wake of India revoking Jammu and Kashmir’s special status, said a senior official of the public transporter.

On Saturday, a senior Pakistani minister has announced to suspended the friendship bus service from Monday.

A Delhi Transport Corporation (DTC) bus was scheduled to leave for Lahore on Monday 6 AM. However, it did not leave due to the Pakistan’s decision to suspend the bus service, the official said.

“Consequent to Pakistan’s decision to suspend the Delhi-Lahore bus service, DTC is not able to send bus (from Delhi to Lahore) from August 12,” said a statement from DTC.

Pakistan Tourism Development Corporation (PTDC) had on Saturday also telephonically informed the DTC about suspension of the service from Monday.

The last bus for Lahore left Delhi on Saturday morning carrying two passengers while the return bus from the other side reached the national capital carrying 19 passengers in the evening of the same day.

The bus service did not operate on Sunday.

The Delhi-Lahore bus service was first started in February 1999 but suspended after the 2001 Parliament attack. It was restarted in July 2003.

The bus service was first started in February 1999 but suspended after the 2001 Parliament attack. It was restarted in July 2003.

It had, however, continued with a depleted number of passengers even when bilateral relations between the two countries had worsened following the Pulwama terrorist attack and Balakot surgical strikes in February this year.