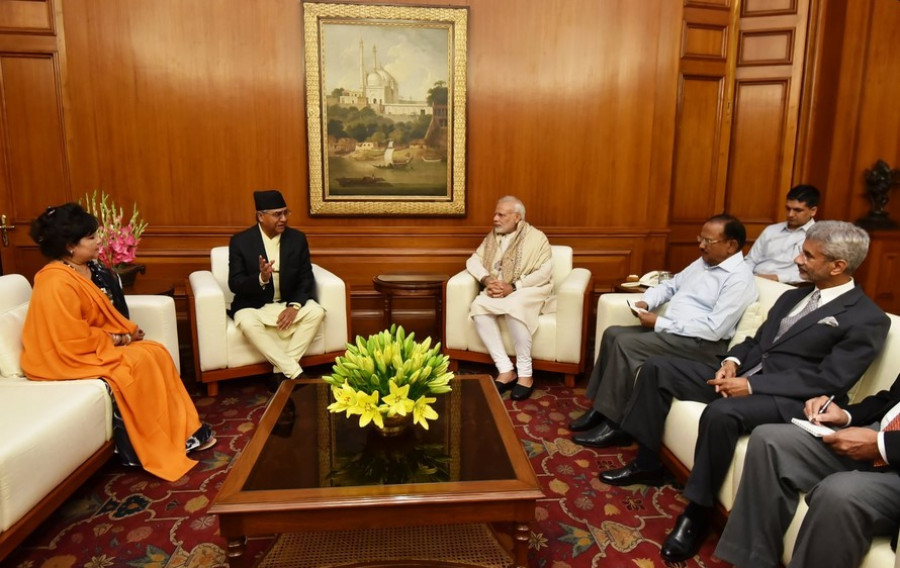 Kallol Bhattachrjee (New Delhi, 2 January 2022) – The upcoming visit of Nepal’s Prime Minister Sher Bahadur Deuba to the Vibrant Gujarat Summit will provide an opportunity for Kathmandu and New Delhi to turn the page over the controversy -ridden phase of the Kalapani dispute and start addressing the substantial issues, a veteran Nepalese diplomat has said. Former ambassador of Nepal to India Deep Kumar Upadhyay remarked that India should begin the much required Foreign Secretary-level dialogue to resolve the lingering bilateral irritants.

“From the non-delivery of COVID-19 vaccines, to the territorial problems and ensuring access of Nepalese farmers to urea, there are several issues that need to be addressed during the visit of Prime Minister Deuba to India,” said Mr. Upadhyay. speaking over the telephone from Kathmandu.

He said the visit, though aimed at the business summit in Gujarat, is symbolically significant as it is the first time that a PM from Kathmandu will visit following the bitter spat over the Kalapani border row that lasted over two years. Mr Upadhyay who served as Nepal’s envoy to India during the 2015-’16 blockade said, Mr Deuba has defeated challengers within his party and is in a position to hold dialogue with India on all issues that are of bilateral importance.

“Sher Bahadur Deuba became PM in the last year of the Oli government when the Supreme Court appointed him for the reminder of the term and he will be in power for the coming year and therefore, it will be good if India starts serious negotiations with Mr. Deuba on issues that have eroded New Delhi’s popularity in Nepal in recent past,” Mr Upadhyay said.

One of the factors, that have hurt India’s popularity during the pandemic, according to the envoy, is the non-delivery of vaccines for COVID-19. Nepal was among the first recipients of vaccine from India in January 2021 but the delivery of vaccines was disrupted after the second wave of the pandemic hit India during March-May. The health crisis in India impacted the supply of Covishield vaccines to Nepal and the delivery could not be completed..

“People here took the non-availability especially for the vulnerable groups seriously as Nepal had already made the payment. These are sensitive matters that require political articulation and this is the best time to address such irritants,” Mr Upadhyay said as discussion is currently underway to facilitate the visit of Mr Deuba. It has been learnt that the Nepalese leader may address the business meeting online in case the pandemic scenario intensifies.

Tags : From the Indian Press