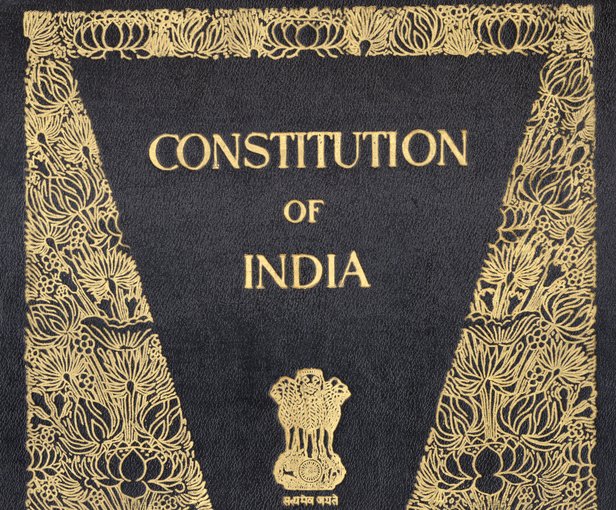 By Dr Rajeev Kumar Singh and Jivesh Jha (KATHMANDU, 11 April 2018) – In the seven decades of freedom and 69 years of Republican exercise, we find the policy makers and India dwellers not much serious about the actual realization of Directive Principles of State Policy (DPSP) embodied under Part-IV of the Constitution of India.

There are ample of provisions enshrined under the chapter of DPSP that seeks to quicken the pulse of egalitarianism on the sovereign soil of India. With the goal of creating a ‘welfare state’, the Chapter of Directive Principles lays down all solemn duties that a welfare state is expected to execute to fix a strong foundation of egalitarian society. The authors regret to assert that the growing economic disparities or states’ failure in ensuring equality of opportunity in respect to education, health and employment pose a threat to the Constitutional mandate of creating a society with base on socialism. The concentration of wealth in a few hands; or bourgeoisie’s control over material resources not only gives a blow to the Constitutional promises but also amount to condemnation of Constitution.

Hitherto, the state’s attitude to give primacy to fundamental rights over the DPSP is creating an impression that the provisions ordained under DPSP are subject to enforcement at the sweet will of state or its economic capability. In this context, Article 37 provides that the provisions enshrined under part-IV are not enforceable by a law Court. It means the provisions of DPSP don’t enjoy the similar currency like that of fundamental rights when it comes to the question of enforceability. Interestingly, Article 32 of the Indian Constitution allows one to directly knock the door of the topmost Court at the instance of violation of his/her fundamental rights. Nevertheless, the similar position is adopted by the framers of Nepali Constitution as well.

Moreover, in Minerva Mills v Union of India, the Supreme Court of India has rightly held that fundamental rights and DPSP are complementary to one other. It is not necessary to sacrifice one for the other. It has also been observed that the fundamental rights and DPSP are the two essential requirements for activating the cause of socio-economic democracy. In IC Golakhnath v State of Punjab (1967), the apex Court observed that fundamental rights and Directive Principles constitute an integrated scheme forming a self-containing code. All the provisions of DPSP can reasonably be enforced without taking away or abridging the fundamental rights. The Court should adopt the principle of harmonious construction and attempt to give effect to the provisions of directive principles—the topmost Court ruled.

Thus, it becomes crystal clear that if states fail to discharge their duty in making an effort to make the promise of DPSP a reality, they fail to uphold and abide by the Constitution. Its high time we learned that the actual implementation of DPSP is the parameter to check the progress and prosperity of a state.

While providing a vivid message to the world, a long stayed legal maxim of Salus Populi Suprema Lex provides that the welfare of people would be the supreme law. This maxim intends to impart a message that law exists to serve the common cause. In this light, the Supreme Court of India in a popular case of Umnikrishnan v State of Andhra Pradesh (1993) has clarified that the fundamental rights must be construed in the light of directive principles. The Court stressed on the need of upholding the promises contained under the directive principles in a bid to spearhead the cause of socio-economic democracy.

“The makers of the Constitution had realized that in a poor country like India, political democracy would be useless without economic democracy. Accordingly, they incorporated a few provisions in the Constitution with a view to achieve amelioration of the socio-economic condition of the masses. Today we are living in an era of welfare state which seeks to promote the prosperity and well-being of the people. The Directive Principles strengthen and promote this concept by seeking to lay down some socio-economic goals which the various governments in India have to strive to achieve,” argues the much-admired commentator of Constitutional Law in India MP Jain in his popular work Indian Constitutional Law.

On this note, one can conclude that the civil and political rights [i.e. fundamental rights] would not be strengthened unless the socio-economic and cultural rights [i.e., DPSP] are given impetus. Unfolding a new perspective, the highest court of land in India in the popular Umni Krishnan v. State of Andhra Pradesh (1993) observed that the horizon of fundamental rights would be further broadened if its interpreted in the light of Directive Principles and preamble to the Constitution.

The directive principles cannot be used as a basis for challenging the government or the inaction of the state is no more an absolutely true concept. At times the Supreme Court of India (for instance, Umnikrishnan v State of Andhra Pradesh) has directed the state governments to expand the horizon of the Directive Principles by the reading them in the light of fundamental rights.

Judiciary is also a part of welfare state in India (and public welfare in Nepal). The Supreme Court of India has arrived on number of occasions to promote social welfare policies. For instance, right to food, shelter, education and the likes were part of DPSP in yesteryears but these rights have introduced under fundamental rights by virtue of robust judicial activism and judicial creativity. Its advisable for the judicial department of Nepal to champion the cause of public welfare.