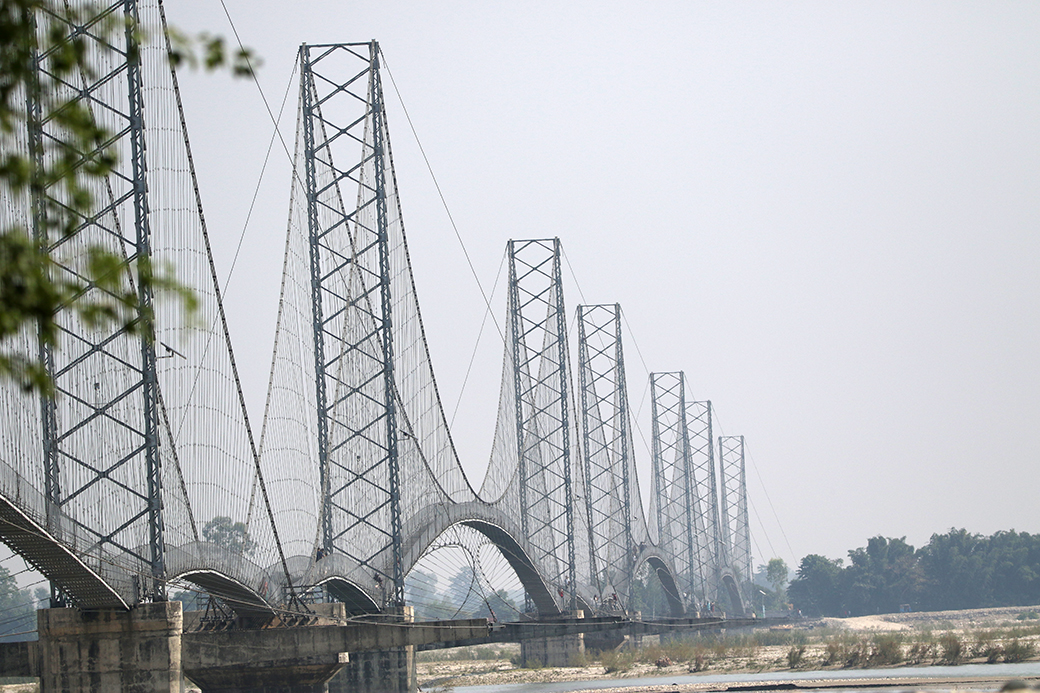 Sher Bahadur Singh, RSS (28 March 2022) – In every election, whether local or parliamentary, the issue of bringing irrigation water from the Mahakali River to Dodhara Chandani municipality is on the top priority of political parties and their candidates.

But this issue which is the major agenda of the parties during the election campaign is relegated to backburner once the election is over. As per the Mahakali Treaty signed between Nepal and India, Chandani Dodhara municipality should have got the irrigation water by now. But it is an irony that this has not happened even after 15 years of the inking of the treaty. The Mahakali River flows from the north of this municipality to the southern border with India. However, the farmers there have to rely on rain or the ground water for irrigation for decades. The municipality has 3,600 hectares of arable land.

The Nepal-India Integrated Mahakali Treaty mentions that India is to construct around 1,200 metres long main irrigation canal and associated structures up to the Nepal border from the Sharada canal near the Banbasa Bridge over the Mahakali river. But the situation is that neither has India constructed this canal nor has Nepal initiated the construction of the irrigation canal in Dodhara Chandani. In the latest development, the locals registered their protest to a team of Mahakali Irrigation Project Third Phase which was on site for carrying out a survey for preparing the DPR of the project.

Senior divisional engineer Shambhu Pandit, information officer for the Mahakali irrigation project III phase, said that a 15-kilometer canal at Dodhara Chandani would be constructed. “For the project, a survey along up to approximately 1,500 meters from the Indian border has been carried out. Survey on the remaining areas is remained due to obstructions by local people. There is a plan to develop the seven-kilometer Maleriya channel as a canal,” he said. As per the treaty, India has to construct 1,200 meters canal in the Nepal’s side. But it has shown reluctance to this effect. Pressure would be created on the Indian side to construct around 1,200 meters canal in the Nepali territories once Nepal builds a 1,500 meters canal, he said. The issue took a back seat saying that Dodhara Chandani would get the water only once the Pancheshwor project is complete, said Dodhara Chandani Mayor Bir Bahadur Sunar. “Now, the process to construct the project has got a pace. So it should not be delayed under any pretexts.”