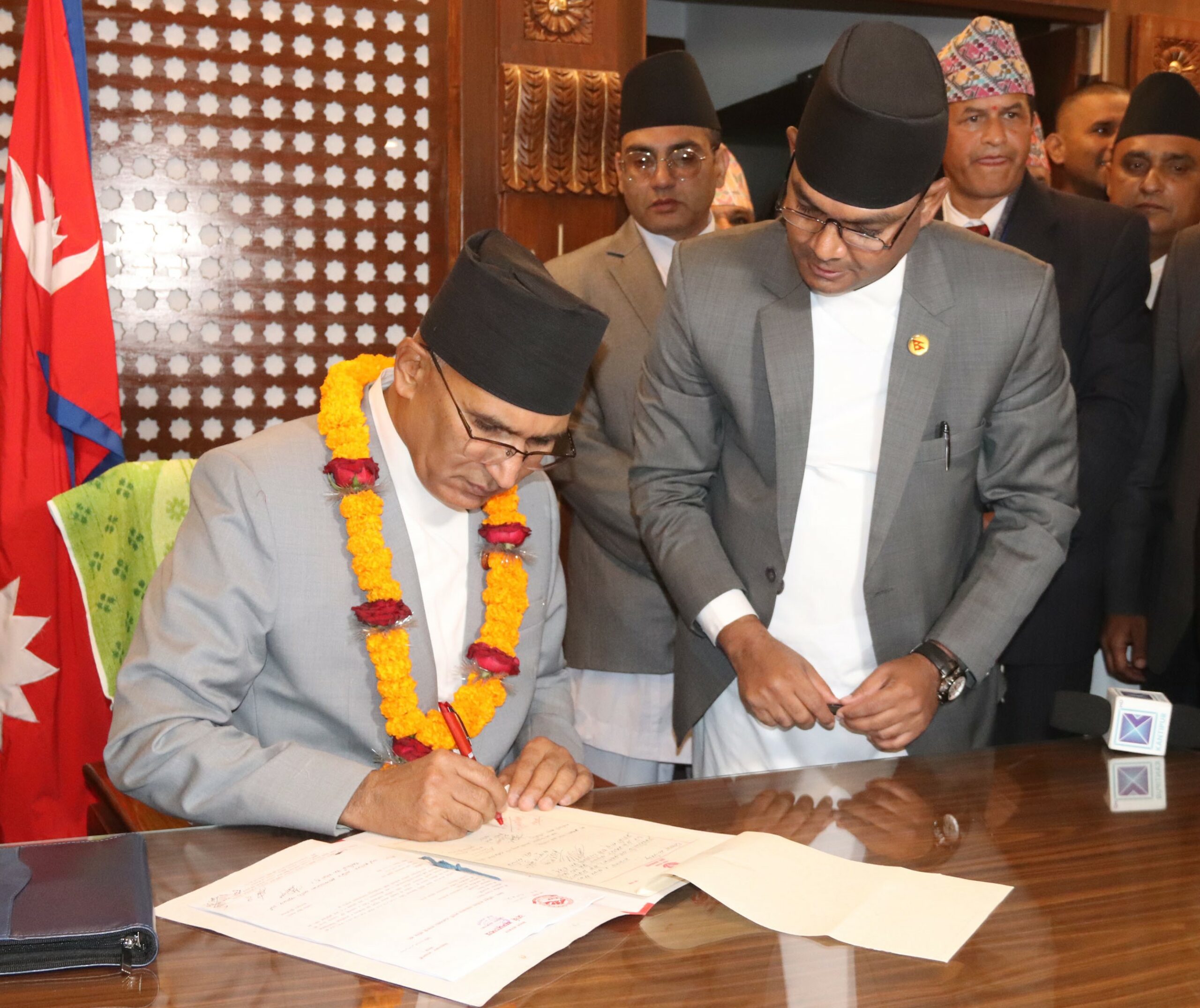 KATHMANDU-  Newly-appointed Deputy Prime Minister and Finance Minister Bishnu Prasad Poudel has assumed his office. He took the charge of the office at the Ministry of Finance in Singha Durbar after being sworn-in at the Office of the President on Monday.

Speaking to media in brief after assuming the office, Minister Poudel pledged to work to bring back the economy reeling under crisis to safety. “We would hold intensive discussion with the concerned sector experts about the current challenges of economy, national and international causes of the challenge and proper resolving measures”, he said. He further noted, “I have come to shoulder up the responsibility to identify challenges of economy and resolve the current crisis”.

The Finance Minister said he would learn from the past and obtain advice and feedback from experts to bring economy back to track. Likewise, he said the economy of the country has not yet reached to an unmanageable situation. “Challenges surfaced in the economy are not beyond the control. They can be addressed. I am confident that the national economy can be taken ahead to strengthen its situation”. He said his focus would be on reducing the spheres of unproductive public spending and increasing capitalized expenditure.

After assuming the office he signed a decision to bring the performance of the finance ministry and its subordinate agencies to digital technology. On the occasion, Finance Secretary Krishna Hari Pushkar shared, “A decision has been reached to execute digital system so as to make the public service delivery under the ministry of finance well-managed, dignified and effective”. This is Poudel’s second inning as the deputy Prime Minister and third inning as the finance minister.