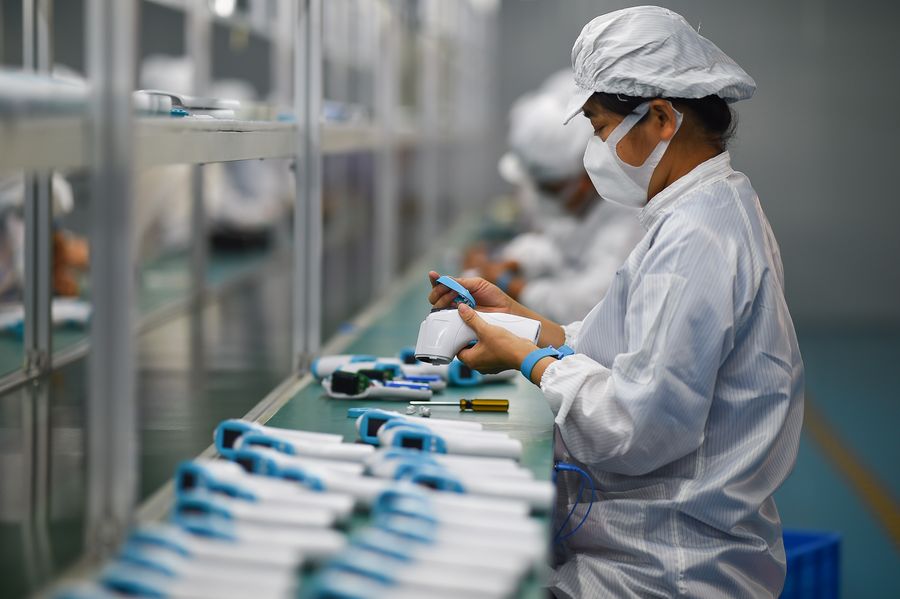 BEIJING, April 17 (Xinhua) — China’s gross domestic product (GDP) contracted 6.8 percent year on year in the first quarter, revealing for the first time the near-term impact of the COVID-19 pandemic on a major economy.

The country’s economic and social development witnessed overall stability in Q1, the National Bureau of Statistics (NBS) said at a press conference, while acknowledging that the COVID-19 outbreak had posed a severe test.

A breakdown of the data showed the output of the service sector, which accounted for nearly 60 percent of the total GDP, dropped by 5.2 percent, while the primary industry and secondary industry saw a decline of 3.2 percent and 9.6 percent, respectively.

“The situation of epidemic control and prevention continued to improve with a basic interruption in epidemic transmission at home,” the NBS said, adding that the resumption of work and production has accelerated and fundamental industries are growing steadily.

The country’s job market remained generally stable without massive layoffs despite the epidemic, with the surveyed unemployment rate in urban areas in March standing at 5.9 percent, down 0.3 percentage points from the previous month.

Other key economic indicators including fixed-asset investment and retail sales also narrowed decline in March, which analysts believed to have paved the way for continued improvement in Q2 and beyond.

Work and production resumption in March helped pare sharp declines in manufacturing, investment and consumption activities in the first two months when the country prioritized strict containment measures at the early stages of the epidemic, said Wen Bin, a chief researcher with China Minsheng Bank.

NBS spokesperson Mao Shengyong said the economy is expected to perform better in Q2 with accelerated work and production resumption and more stronger policy measures put in place to boost the economy.

Citing a 1.2-percent growth forecast for China’s GDP by the International Monetary Fund (IMF), Mao said it would be one of the few positive readings for the world’s major economies.

The U.S. economy is expected to contract by 5.9 percent this year, the Euro Area will see a decline of 7.5 percent, according to IMF’s World Economic Outlook report. Japan’s economic output will shrink by 5.2 percent, and Britain’s will fall by 6.5 percent.

As the IMF predicted the Chinese economy to grow by 9.2 percent next year, the country can expect to achieve an average growth rate higher than 5 percent in the 2020-2021 period, Mao said.

China is yet to announce its annual GDP target for the year along with other key targets for inflation, unemployment and the fiscal deficit at the “two sessions,” the annual meetings of national lawmakers and political advisors, which were postponed due to the epidemic.

To further bolster the economy, China has pledged to appropriately raise the fiscal deficit ratio, issue special treasury bonds, increase the scale of special bonds for local governments, and guide the interest rate to decline in the loan market.

The economy possesses growth potential and room for policy adjustments, and the trend of continued recovery is expected for Q2 and the second half of 2020, said Wen.