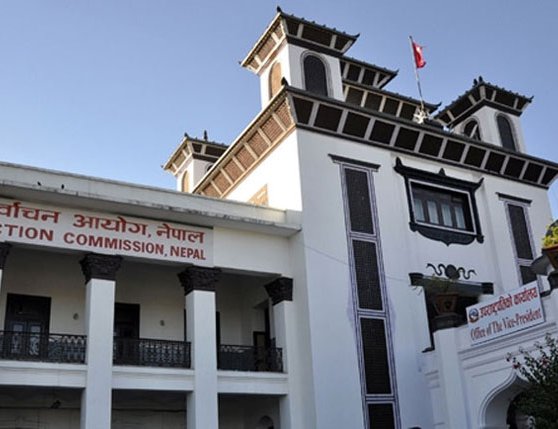 Nepal Foreign Affairs (KATHMANDU, 21 November 2019) – The Election Commission has assured the international community the upcoming by-election will be free, fair, frugal and fear-free. Sharing information about the preparations being made in connection with the by-election going to be held on November 30 here today, the Election Commission called on the representatives of the foreign diplomatic missions in Nepal and the international community including the United Nations Development Programme as well as the development partners to observe the by-polls.

Chief Election Commissioner Dinesh Kumar Thapaliya said all necessary preparations have been completed for making the by-election free, fair and peaceful. Stating that a Code of Conduct Monitoring Committee has been formed in the districts under the coordination of the Chief Returning Officer for monitoring of compliance of the code of conduct, the Chief Election Commissioner said so far no complaints have been received of the breach of the code of conduct in course of the election campaigning.

The committee comprises the Chief District Officer and the political parties fielding their candidates in the by-election. He said a high-level election security committee headed by election commissioner has been formed at the Election Commission and also urged the diplomatic community to visit the various polling centres on the day of the election and also observe the voting process. Chief Election Commissioner Thapaliya also informed that the Election Commission has already formulated the Third Startegic Plan for strengthening the democracy and good governance by means of an independent, free, fair, credible and cost-effective election.

He believed that the plan will bring about significant reform in the management of election based on information technology, in organization restructuring, in infrastructure development, in capacity development and in institutional strengthening. “The strategic plan has incorporated topics like formulation of election policy and laws, regulation and management of parties employing the modern technology and collaboration and partnership with organizations related to the election process as well as the national policy and an integrated election law system,” he added.

At the ‘experience sharing and discussion programme on preparations for the by-election’, Election Commissioner Ishwari Prasad Poudyal expressed acknowledgements to the diplomatic community for their feedback and suggestions as well as cooperation. Election Commissioner Narendra Dahal thanked the participants for the interest they have shown and the cooperation they have extended towards the by-election taking place for the election to the vacant post of member of the House of Representatives and State Assembly and the vacant post at local levels.

Commission secretary Dev Kumari Guragain praised the support received from the international community for strengthening democracy and good governance in Nepal through the organization of free, fair and credible election. Twenty-one people have registered their candidacy for the by-election to the one seat in the House of Representatives and 43 people have registered candidacy to contest the by –election being held for three State Assembly seats. Similarly, 273 people have registered their candidacy for a total 48 posts including one mayoral position of a sub-metropolitan city, three chairperson posts and one vice-chairperson post of rural municipalities and 43 ward chair posts of municipalities.