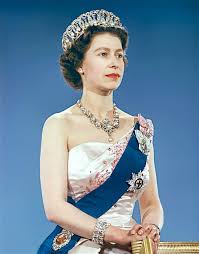 The Hindu (11 September 2022) – The passing of Queen Elizabeth II, the United Kingdom’s longest serving monarch who reigned for over 70 years, marks the end of an era for British monarchy. Her tenure as Head of State began during the early post-War years and witnessed a paradigm-changing shift in the balance of political power from the British empire to the Commonwealth, and the emergence of free, post-colonial nations. During her time on the throne the Cold War came to an end and so too did the U.K.’s 47-year experiment as a member of the European Union. No fewer than 15 U.K. Prime Ministers came and went while she reigned, from Winston Churchill to Liz Truss. Her rule was not without controversy. On the personal front she suffered an “ annus horribilis” in 1992, when the marriages of three of her children broke down and Windsor Castle was damaged by fire. In the aftermath of the death of King Charles’ former wife, Diana, in a car accident in Paris in 1997, criticism was levelled at the monarchy for shying away from public response. Despite these occasional setbacks, Queen Elizabeth has consistently enjoyed a high favourability rating among the British public, 75% according to a recent poll. Observers attribute this to her stubborn silence on political issues, a “closed book” approach that allowed subjects, critics, and outsiders to project onto her and the royal family, whatever they wished to.

Her passing however raises complex questions regarding the state of the monarchy vis-à-vis the Commonwealth realms and the prognosis for the latter’s continuing evolution in a vastly different socioeconomic milieu compared to the Elizabethan era. Consider, for example, the debate in Australia, where there is a popular movement to reposition the country as a Republic, particularly in the context of the administration of Prime Minister Anthony Albanese being keen to set up a treaty with the Aboriginal and Torres Strait Islander communities. In 2021, Barbados became the 18th country to remove the British monarch from the role of head of state. Other than these two nations and the U.K., the British monarch remains the head of the state in Antigua and Barbuda, Belize, Canada, Grenada, Jamaica, New Zealand, Papua New Guinea, St. Kitts and Nevis, St. Lucia, St. Vincent and the Grenadines, Solomon Islands, The Bahamas, and Tuvalu. At least six Caribbean nations have hinted at following the Barbados example. However, the broader Commonwealth group of 56 nations, of which India and other South Asian countries are members, remains intact, thanks in large part to the critical role that the Queen played in championing the organisation and maintaining its relevance. As epochal was her rule, so too could the impact of her passing be on the mission and prospects of the Commonwealth.