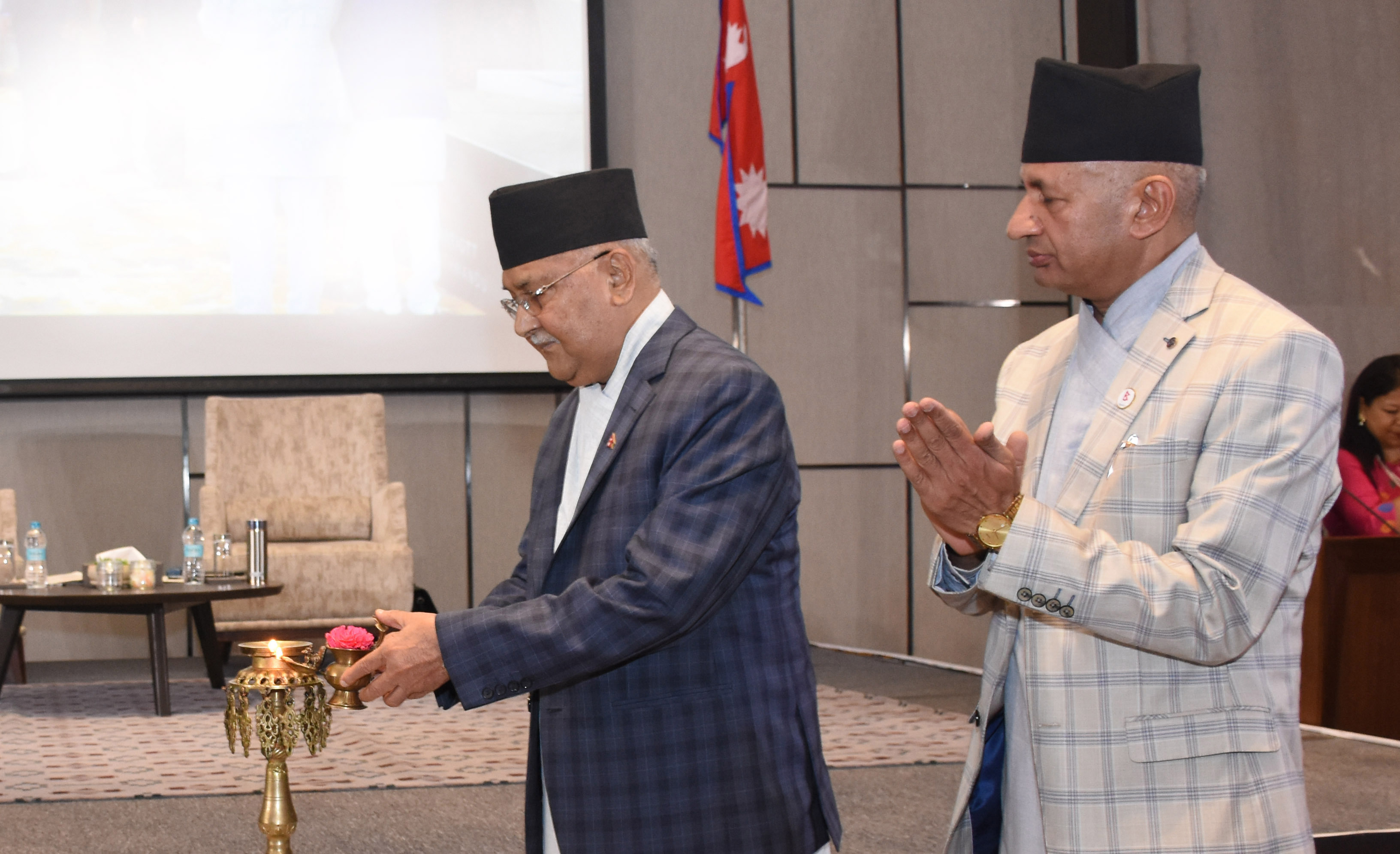 “Promotion of investment, tourism and economic cooperation have become the priority areas in the foreign affairs policy. In our case too, investment has become the national necessity,” he said while addressing the ‘National Dialogue on Foreign Policy’ organised by the Institute of Foreign Affairs (IFA) with the support from the Ministry of Foreign Affairs (MoFA).

He said that to achieve the goal of socio-economic and cultural development, national efforts and resources might not be sufficient which had forced the government to seek international support. However, he said that Nepal should not expect economic cooperation in the form of grant while the loan was also not in the priority.

“We prefer Foreign Direct Investment (FDI) over the international grant and loan,” the PM said. “There is a need to expediting development work and mobilising resources and transfer of technology and skill. FDI will automatically bring in the technology and skill and creates employment.”
PM Oli urged all the political parties to have similar views and perspectives regarding the foreign policy of the country. “There can be political and philosophical differences among the political parties, but as a nation we must exercise the same diplomacy,” he said.

“We want every competition to be healthy. The weak and small must not be suffered due to the activities of the strong and big,” said PM Oli. “We are for dialogues to resolve any disputes and misunderstandings. We are for the world peace. International peace missions, opposition to the creation, storage and transportation of atomic weapon.

‘Friendship with all, enmity with none,” he added. He was hopeful of the implementation of the reports prepared by the Eminent Persons Group (EPG) on Nepal-India relations at the earliest.

We are reviewing relations with our neighbours. EPG have prepared a joint report. I am hopeful that there will be an environment to submit the report to the both the governments and we will enter in to the age of executing the recommendations that will redefine the relations between the two neighbours, he said.

Minister for Foreign Affairs Pradeep Kumar Gyawali said that the foreign policy was an extension of domestic policy and the programme was organised to revise the foreign policy in order to make it more effective and result oriented.

“International relations and dynamics are changing rapidly so we need to update our foreign affairs policy,” he said.
According to him, the priority of Nepal’s foreign policy is important to the relationship with the neighbours and multi-dimensional infrastructural, cultural and economic relations.

Similarly, bilateral labour agreement with the labour destination countries, FDI and tourism, south-south cooperation and high-level bilateral exchanges were other focus areas.
“Now, we are also focusing on the extended neighbourhood policy and trying to forge partnership in economic growth,” he said.