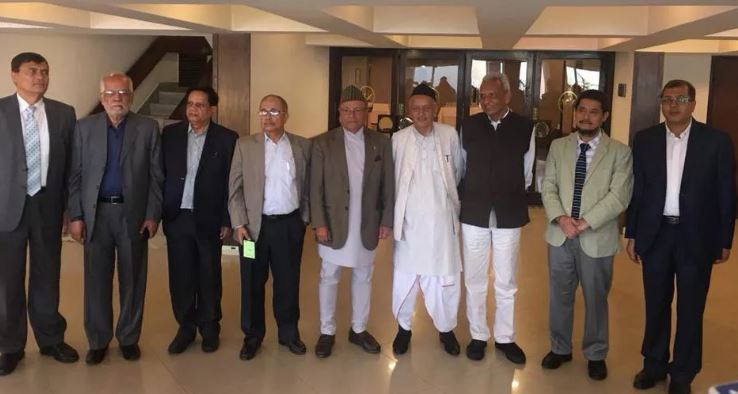 Nepal Foreign Affairs (KATHMANDU, 16 August 2018) – The Eminent Persons Group on Nepal-India relations today on Wednesday urged all not to speculate and wait until its report was published.

The ninth and final meeting of the group on June 30 had finalized its report to be submitted to the two governments. The EPG, whose two-year tenure ended on July 3, had been mandated to come up with a report on anything that needs to be updated, adjusted or amended in all exiting bilateral treaties, agreements, understandings, including the Peace and Friendship Treaty of 1950.

The group said it was awaiting the date of appointment from the two heads of governments to submit the report.

“News, comments and reports that appeared in different Nepali and Indian media is purely based on speculation and partial understanding of the subject,” read the statement signed by Secretary at the EPG Secretariat in Kathmandu Yadav Khanal.  “The Eminent Persons’ Group, therefore, is not responsible for any media comments and remarks on the work of the EPG,” the statement added.