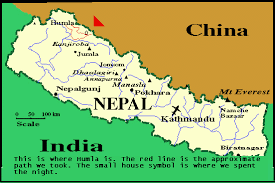 Serious attention of the Government of Nepal has been drawn to the reference to Nepal made in the Joint Statement of the 13th EU-India Summit held in Brussels on 30 March 2016.

Against this backdrop, the EU-India Joint Statement not only hurts the sentiments of the people of Nepal but also defies the fundamental principle of non-interference in internal affairs of a country in breach of UN Charter and norms of international law. The Government of Nepal calls on all to fully respect the sovereign and democratic rights of the people of Nepal and refrain from making uncalled for statements. The Government and people of Nepal are fully capable of resolving their issues themselves within the framework of the constitution.