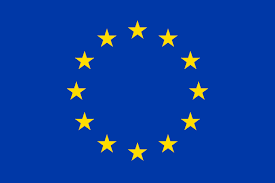 Nepal Foreign Affairs (Kathmandu, Nov 24)–The European Union has reiterated that the promulgation of the new constitution is a historic event marking the beginning of a new democratic era in Nepal.

During the ninth session of the Nepal-European Union Joint Commission concluded on Tuesday in Kathmandu, the visiting EU delegation congratulated the Nepali people and leadership for having the democratic constitution. The EU had welcomed the constitution promulgation in Nepal on Sept 20 this year.

During the two-day session, different issues of mutual interest between Nepal and the European Union were discussed.

The two sides exchanged views on the post earth-quake reconstruction, European Union assisted development programmes in Nepal including the future priorities, according to a press statement issued by the Ministry of Foreign Affairs on Tuesday evening.

“They also exchanged views on trade and investment, human rights, refugee issues as well as global issues like Post-15 Development Agenda, international climate change negotiations. The two sides also briefed each other on the significant developments taking place in Nepal and EU,” read the statement.

During the meeting, the two delegations also shared views on important regional and global issues.

The Development Sub-Commission meeting between Nepal and the European Union, which took place on Monday at the Ministry of Finance, had held extensive discussions on the European Union assisted development programmes and its future priorities in Nepal.

Meanwhile, on Tuesday, the visiting Acting managing director for Asia and Pacific of the EU External Action Service called on Deputy Prime Minister and the Minister for Foreign Affairs Kamal Thapa at the latter’s office in Singha Durbar.