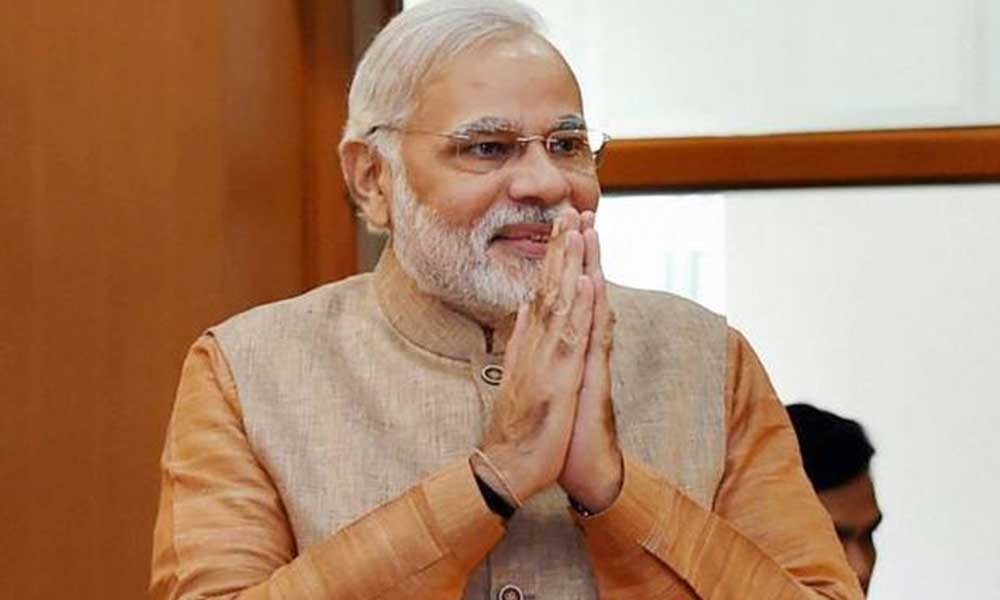 By Arvind Panagariya (NEW DELHI, 6 April 2019) – I have maintained, since well before the Balakot airstrikes, that Prime Minister Narendra Modi will repeat his 2014 election victory in 2019. This conviction is rooted in many factors.

The first factor is Modi himself. No matter what some Delhi-centric journalists and intellectuals might say, he remains personally intensely popular with people. Through regular radio broadcasts, social media interactions, and personal appearances at hundreds of functions and rallies each year, he has successfully conveyed to the average Indian that he is sincere, hardworking and decisive. Many may have specific complaints about unfulfilled promises. But few doubt his unwavering commitment to the nation and its people.

The second factor is Modi’s enormous energy and ability to communicate with the masses. These attributes make him one of the most effective election campaigners in India’s post-Independence history. During the 2014 campaign, he crisscrossed 3,00,000 km to address hundreds of rallies in person. Five years later, his energy is undiminished. With 150 rallies already planned and more in the works, he is poised to convert the election into a presidential-style contest once again.

The third key factor working in favour of Modi is the alliance strategy of the Bharatiya Janata Party . There can be no doubt that BJP has learnt from its mistakes in 2004. In the run up to that election, it had shot itself in the foot by alienating some key allies. Letting DMK defect and join the opposition alone cost it 14 seats in Parliament. This time around, BJP has recognised the importance of alliance partners and bent backwards to accommodate old allies and nurture new ones.

Fourth, the National Democratic Alliance (NDA) is greatly helped by a splintered and wholly unprepared opposition. Congress and various regional parties have little in common to unite them except opposition to Modi. And that has been insufficient, with BSP’s Mayawati publicly criticising Congress and Congress president Rahul Gandhi hitting out at TMC’s Mamata Banerjee.

Among opposition parties, only Congress has a national base. As far back as July 2012, in an article entitled ‘The Bell Tolls on India’s Congress Party’, Jagdish Bhagwati and I had written, “With … Nehru-Gandhi brand name having lost its appeal, the prospects for the Congress in 2014 look bleak.” Today, the story is not much different.

During the past five years, Congress has done precious little to either rebuild its base or develop a national policy agenda that could form the basis of a sustained election campaign. As a result, the party remains grossly short of grassroots workers and Rahul had to hang his entire campaign on the slogan “chowkidar chor hai”. Belatedly, he has announced a fiscally unfeasible cash transfer scheme. But a dole can hardly qualify as a policy agenda.

Indeed, repetitions of the “chowkidar chor hai” slogan only reminds voters of Modi’s unflinching commitment to fight corruption, the fifth reason for his likely election victory. It is no mean feat that during the entire five years that he has been in office, there has not been a single case of corruption against his government.

It is nobody’s case that Modi has eliminated corruption from India. But in the battle of perceptions, he clearly comes across as a corruption warrior the like of which India has not seen in its post-Independence history. Even the common man has had some reprieve because digitisation of many government services has robbed government officials of the ability to extract bribes for those services.

The last and final factor that would help Modi get a decisive mandate for the next five years is his delivery of substantial positive outcomes in nearly all the important areas that touch people’s lives. In the area of economic reforms, he can be credited with the three most important policy measures of the last 15 years: Insolvency and Bankruptcy Code, Goods and Services Tax, and Direct Benefit Transfers. Through another three projects – Swachh Bharat, Jan Dhan Yojana and Aadhaar – he has demonstrated that he can do things at scale.

In infrastructure, his government has made exemplary progress, which has silenced critics who had tried to discredit him during his early years, insisting that UPA had delivered faster progress. Whether it is road, rail, air, or water transport, significant progress has been made. Moreover, with numerous construction contracts for roads and railways already awarded, the stage has been set for yet faster progress in the years to come.

Above all, going beyond small traders and urban Indians – the traditional BJP constituency – Modi has successfully claimed the space that Congress had traditionally occupied: rural India. Early in his tenure, he was quick to centrally focus his rhetoric as well as programmes and policies on farmers and rural poor.

For the former, he introduced comprehensive crop insurance, expanded irrigation, and put in place direct cash transfers and e-national agricultural market. For the latter, he delivered road and digital connectivity, electrification, housing, toilets, clean cooking gas and effective implementation of the employment guarantee scheme. Surely, this hard work is bound to translate into another resounding victory!

This article first appeared in The Times of India.