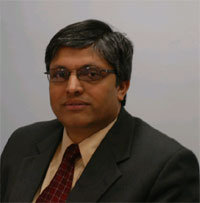 Nepal is back in the international radar again. The “international community “(a vague term often used to invoke outside response) is watching with dismay the continued deadlock since lapse of the self-imposed deadline of January 22 that the Nepalese political parties had adopted for themselves for promulgation of Nepal’s new constitution through the second-time elected Constituent Assembly.

As the deadlock in Nepal’s constitution-making continued, a closed-door briefing was held in the UN Security Council on 29 January at the initiative of the Secretariat. After briefing the Security Council, a senior UN official expressed “UN’s increasing concern about the diminishing momentum for inclusive negotiation on the new constitution to be adopted by consensus”.

This was the first such briefing about Nepal at the UN’s coveted chamber since the premature departure of the UN’s special political mission in Nepal, UNMIN, in January 2011 in the middle of the peace process which had not finalized the future of the former Maoist combatants housed in UN-supervised cantonment yet, let alone delivered a constitution and resolved the pending issues of transitional justice. The UN has since kept its low key political presence in Nepal fielding a few political officials as advisors to the UN Resident Coordinator in the county.

Earlier, Secretary-General Ban Ki-moon had urged Nepal’s leaders to “continue dialogue in a spirit of flexibility and urgency”. He also wrote separate letters to leaders of Nepal’s main political parties urging to return make compromises through dialogue and “consensus” for a new constitution. As Nepal’s major political parties continued to disagree on the major elements for the country’s new constitution until a week before the January 22 deadline, a senior political official visited Nepal to take stock of the situation. During his two-day visit, Under Secretary General for Political Affairs, Jeffrey Feltman , tried to impress upon Nepal’s political leaders to forge a “consensus” for a new constitution.

He urged the Nepal’s political parties to move ahead by exercising “compromise, flexibility and inclusivity”. Use of word “consensus” was believed to support the position of the parties outside the government. The UN has since downgraded the advice to adopt “flexibility” in the constitution-making process.

It is not just the United Nations; many of Nepal’s development partners have expressed their concerns over the situation. They watch closely the peace process, political developments and observance of human rights in the country. A day before the lapse of January 22 deadline, the UN Resident Coordinator issued a joint press statement on behalf of the “international community” saying they condemned “violence or threats violence” and urging “all parties” to return to the negotiating table. They were probably using “violence” to indicate the chair-smashing a day earlier by the Maoist members of the Constituent Assembly in protest against the start of “process” instead of forging “consensus” for the country’s new constitution.

During his second visit to Nepal in November 2014, India’s Prime Minister Narendra Modi had also stressed on the need to “consensus” in constitution-making. Constitution was not about arithmetic, but about being acceptable to everyone in the country, he had said. That was also interpreted to be supportive to the agenda of the parties outside the government.

Nepal’s neighbours, India and China, have genuine interest in Nepal’s peace and stability, as it affects their bordering regions. Both are believed to have preferences regarding the model of federalism that is to be adopted in Nepal, though they do not make any explicit claims to such preferences, saying that is up to the Nepalis to decide. India has played a strong role in Nepal’s peace and democratic process since the signing in New Delhi in November 2005of the famous 12-point agreement that launched Nepal’s peace process and negotiation between the major parties and the Maoists. China has maintained low key in the issue of constitution, but is believed to be against ethnic model of federation in Nepal, for it could have spillovers in its already tensed Western provinces.

Nepal’s political forces are vulnerable to external political persuasion and influence. They regularly brief the diplomatic community of their positions with regard to domestic political events and issues in the hope that they would get support from the “international community” in their political objectives. Owing to such practices, the donors and diplomats regularly give advices on domestic issues, often crossing the red lines of non-interference in domestic political matters, as is required under the Vienna Convention of Diplomatic Relations, 1961. But the politicians make foul cry of political interference only when any advice does not suit them.

In any case, there is only a thin difference between helping and meddling as well as between advice and interference. Both Nepal’s political leadership and the diplomatic community has not been exercise prudence in this fine fault line. In a recent meeting with the European ambassadors, Prime Minister Sushil Koirala himself had to express his dissatisfaction for their ill-timed activism and interference of some ambassadors in Nepal’s domestic affairs during the crucial time for constitution-making.

While some degree of concern on the situation is understandable, what is unpalatable in Nepal is the increasing political activism of the Western diplomats. Earlier this year, two European heads of Mission (Norway and EU) met Terai activist Mr. C. K. Raut, who has facing legal action in Nepal for alleged separatist activities. When the ambassadors were reprimanded by Nepal government, they were not apologetic; rather they were saying the meeting was held on human rights grounds.

In December last year, the British ambassador to Nepal, Andy Sparkes was dragged into huge controversy as he wrote an open letter in Nepal’s broadsheet daily newspaper urging Nepal’s law-makers to ensure “freedom to religious conversion”. Such ill-timed statement comes when there is a widespread belief that many Western NGOs are aiding to religious conversion of the Dalits and others in Nepal to Christianity and while the fourth largest political party in the Constituent Assembly, RPP Nepal, and a few others are pressing for reversal of secularism to “Hindu nation” in the country’s new constitution. Nepal’s foreign ministry had to summon the British head of mission to express the government’s dissatisfaction on this matter.

The British Ambassador has since decided to quit the British Foreign Service on “personal grounds”. Earlier on January 22, US Ambassador to Nepal, Peter Bodde, wrote an article in a local daily on 22 January, in which he said Nepalis deserved a constitution that protect basic rights, “including equal rights to citizenship”. This was probably a suggestion to grant citizenship rights to children on the basis their mothers . Fortunately, it did not spark a big controversy, as it could have been easily misinterpreted as support to citizenship issues of the Madhesi people.

In this situation of polarization and heightened political debate for a new constitution, it is difficult for anyone to make any suggestion that does not suit the interest of one side or the other or that does not invite controversy. Best advice to our foreign friends at this time would be: refrain from advice for now!.