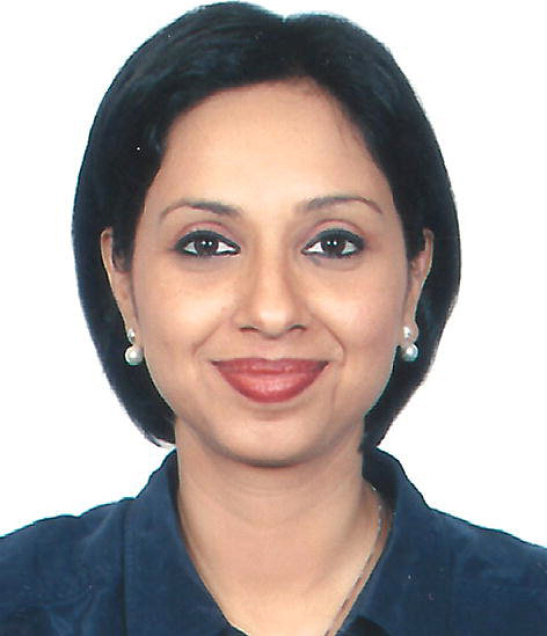 By Suhasini Haidar (10 April 2019) – A day before India begins its first phase of voting, an endorsement from Pakistan’s Prime Minister Imran Khan for Prime Minister Narendra Modi was perhaps the least expected statement. To begin with, according to diplomatic protocol, foreign leaders normally shy away from commenting on domestic political outcomes, apart from bland platitudes about ‘working with whoever wins elections’.

Beyond that, for the past two months, since the terror attack on a CRPF convoy in Pulwama that killed 40 jawans, tensions between the two countries have been at a new high. The Indian Air Force strike on a Jaish-e-Mohammad camp in Balakot, Pakistan’s retaliatory action in Jammu and Kashmir, and the bitter words that have been exchanged between New Delhi and Islamabad since then have fuelled the tensions.

Despite that, when Mr. Khan met with a group of foreign journalists for an interaction in Islamabad on Tuesday, he expressed the hope that India-Pakistan peace had a “better chance under Mr. Modi” He also said, “If the next Indian government were led by the opposition Congress party, it might be too scared to seek a settlement with Pakistan over disputed… Kashmir, fearing a backlash from the right,” according to Australian Broadcasting correspondent.

“Perhaps if the BJP – a right-wing party – wins, some kind of settlement in Kashmir could be reached,” Mr. Khan told the group adding that he believed Mr. Modi too would be interested to restart dialogue despite the current impasse.

“There will be two Narendra Modis — one before the election, one after,” Mr. Khan said, referring to the BJP’s campaign based on “fear and nationalistic feeling”. It should be remembered that Mr. Khan’s political party Pakistan Tehreek-e-Insaaf (PTI) fought the Pakistan general elections last year with a similar rhetoric.

So what’s behind the Mr. Khan’s comments, especially as they come right on eve of elections in India?

Mr. Khan was speaking to a group of international media including reporters from the New York Times, Washington Post, Reuters, ABC television and others, most of whom had been invited to Pakistan to meet with the Prime Minister and the members of the cabinet, and were briefed by the Military as well.

Pakistan faces rigorous investigations by the IMF, where Mr. Khan’s government has applied for loans. The Financial Action Task Force is conducting a review ahead of a meeting in June where Pakistan, which is on the “greylist” could be blacklisted if it doesn’t show credible action on terror. At this time, Mr. Khan’s words espousing dialogue with India are equally aimed at the US, the EU and the Gulf countries, which would like to see bilateral tensions ease.

During the interview, Mr. Khan also spoke of action being taken against terror groups including the Jaish-e-Mohammad, although maintaining the unverified line that its chief Masood Azhar is ill and “not really in charge right now.”

Despite the fact that there has been no sustained dialogue process between India and Pakistan since 2008, Pakistan’s establishment has consistently held that it would like to pursue dialogue with India.

Mr. Khan’s statement fits in with this long-standing policy of pushing for talks, while New Delhi holds that there can be no talks until terror ends.

Mr. Khan has given interviews previously too, including to a group of Indian journalists in November 2018 where he said that he believes the Indian government will be more open to engagement after the elections.

Mr. Khan’s comments are also aimed at portraying him as the “more reasonable” interlocutor, and comes at the time when Pakistan’s Foreign Minister Shah Mehmood Qureshi alleged that he had “credible intelligence” that India is planning more strikes on Pakistan “between April 16 and 20.”

3. Hardliners have been bigger risk-takers on India-Pakistan

There is a general belief in Pakistan that only hardliners — non-Congress leaders — in India can sell peace with Pakistan. While in Opposition, they are a formidable opponent of talks with Pakistan, but once in power; they are best placed to take peace initiatives.

This belief borne out by history. The then Prime Minister Atal Bihari Vajpayee, who led India during the Kargil war, and campaigned in both 1998 and 1999 elections with nationalistic, anti-Pakistan rhetoric, was also the Prime Minister who visited Pakistan twice — once in February 1998 for the Lahore summit and in January 2004 for the SAARC summit.

Despite General Musharraf’s role in the Kargil war, the then NDA government also invited him to Agra for talks in 2000.

Similarly, when Mr. Modi took office in 2014, he began with an invitation to Pakistan Prime Minister Nawaz Sharif and other SAARC leaders to attend his swearing-in, and then travelled to Lahore in December 2015. After the Pathankot terror attack, the Modi government invited a Pakistani team of investigators to travel to the airbase to facilitate a “joint investigation.”

Pakistan had conferred Morarji Desai with the Nishan-e-Pakistan in 1990, despite the fact that he had once threatened to “destroy Pakistan” if it used a nuclear weapon.

In comparison, Manmohan Singh, who was seen as a “peacenik” for pursuing the four-step formula in Kashmir and even after trying to sustain the dialogue process for years, never visited Pakistan once. He was unable to convince even his own party to back the peace process after the Mumbai attacks.

Prime Ministers Indira Gandhi and P.V. Narasimha Rao also did not travel to Pakistan during their tenures. While the outcomes of their Pakistan policies may be judged differently, there seems little question that the bigger risks have been taken by the hawks, not the doves in India’s leadership.

While Mr. Khan has been critical of Mr. Modi’s election speeches against Pakistan, and the comments about minorities made by the BJP’s leadership, the truth is that nothing suits him more.

Pakistan’s leadership believes that Jinnah’s two-nation theory, which advocated two majoritarian religious states — a Muslim Pakistan and a Hindu India — can only be realised if political parties in India too advocate a non-secular approach in government. In addition, any threats by leaders in India against Pakistan bolster the PTI government’s hyper nationalist rhetoric with its domestic constituency as well.

5. National Security is common policy driver, and that’s not all

Mr. Khan’s rise to power has often been compared to Mr. Modi: both have a strong belief in hard power politics, and have promoted tough national security policies.

While Mr. Modi’s strikes in Uri were not met with any counter-force by Pakistan under Mr.Sharif; after the Balakot strikes, when the IAF hit a target in undisputed Pakistani territory, Mr. Khan said he had “no choice” but to retaliate with air force action in Jammu and Kashmir along the LoC.

Both leaders have always campaigned as “outsiders to the system” and won elections on anti-corruption planks, while both their parties promote a majoritarian line that has caused concerns amongst minorities in their respective countries.

In that sense, Mr. Khan, who last met Mr. Modi in December 2015, and has spoken to him on the phone and exchanged letters after he was elected in August 2018, may feel that he has a working understanding of Mr. Modi. It is not unlikely, therefore, that if Mr. Modi is re-elected to power on May 23rd, one of the first congratulatory calls he will receive will be from Mr. Khan.