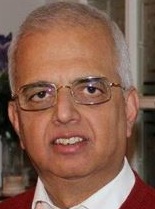 By Dinesh Bhattari (10 May 2018) – Prime Minister, Narendra Modi, will pay a return state visit to Nepal this week (May 11-12). This visit by the leader of Nepal’s most important neighbour, and which comes barely a month after Nepal’s Prime Minister K.P. Oli visited India, signifies the intensity of political engagements at the highest level. There will be civic receptions in Mr. Modi’s honour. He will also visit two religious shrines, at Janakpur and Muktinath. The two leaders will jointly lay the foundation stone of the Arun III hydropower project.

Relations between Nepal and India are age-old and multifaceted, as the countries share wide-ranging socio-cultural commonalities and geopolitical realities. No two sovereign and independent nations interact every day in such a comprehensive way as India and Nepal do, at the governmental and people’s levels. People-to-people relations are marked by the unique characteristics of mutual goodwill, respect, cordiality, harmony and understanding, and have never been rancorous even at the worst of times.

However, these realities do not find full expression at official-level dealings despite words of reassurance from the leadership. The need is to protect the precious state of these relations, avoid a replication of past mistakes, and bridge the gap to realise the full potential of bilateral relations. This requires political acumen and a vision to overcome petty technicalities and bureaucratic meme.

In August 2014, Mr. Modi’s bilateral visit to Nepal was the first by an Indian Prime Minister in 17 years. He attended the 18th South Asian Association for Regional Cooperation summit, in November 2014, in Kathmandu. His visit now has great significance against the developments of the last four years: in bilateral relations; fundamental transformations in economic, political and societal terms; and the rapidly unfolding regional and global geopolitical scenarios.

The August 2014 visit also enhanced mutual trust and confidence and imparted a new momentum to age-old relations. In his address to the Constituent Assembly which was then writing the constitution, Mr. Modi said: “We have always believed that it is not our work to interfere in what you do but to support you in the path you decide to take.” The two Prime Ministers underlined the “indispensability of democratic institutions for peace, stability and development”. Mr. Modi added, “Our only wish is that Nepal’s progress reaches as high as the Himalayas.” His short speech erased long-standing misperceptions in Nepal about India’s role.

It was inspiring to see the Prime Minister speak to the world, in his Independence Day speech from Red Fort on August 15, 2014, and later at the United Nations on emulating Nepal. He said, “If Nepal could present the best example of moving from the weapons to the books, then it could provide inspiration to the youngsters in the world to abandon the path of violence.”

In September 2015, Nepal promulgated an inclusive, democratic constitution written by the people’s representatives through the Constituent Assembly. The document is the culmination of seven decades of democratic struggles and sacrifices, exemplifying the victory of peace, non-violence and the ballot over bullets. India has been supportive of democratic movements in Nepal since 1950, a valuable partner in its socio-economic transformation, and friend in need.

When the institutionalisation of the democratic process was taking a definite shape, India sent a special envoy to warn the Nepali leadership that “if the protests were not addressed politically, the agitation in the Terai areas could intensify.” A Constitution is an internal document. There is no reason for India whatsoever to express its disagreement over its contents and warn of protests along the open border. A reaction of this magnitude from the largest democracy to Nepal’s historic democratic moment remains inexplicable to this date.

Immediately after the promulgation of Nepal’s constitution, India enforced an undeclared economic blockade that caused unspeakable suffering to the people of Nepal who were also hit hard by the devastating earthquake of April 2015. This act eroded trust and confidence in the eloquent words of the previous year. Had the then Prime Minister, Sushil Koirala, not taken a firm position amid last-minute pressure from India, there would not have been the promulgation of the new constitution. Now three tiers of elections have been held, the democratic process institutionalised, and the present leadership installed this February. Koirala followed courageous pragmatism in the conduct of foreign policy, respected India’s concerns and sensitivities when needed and asserted Nepal’s sovereignty when circumstances demanded. He did not wait to raise the Lipulekh issue over the phone, when it was included in the India-China joint statement without Nepal’s knowledge. This shows that the Nepali people are not ready to barter their dignity and sovereignty for support and goodwill of any kind.

Nepal can never ever go against India. India’s legitimate interests and sensitivities are well-recognised by Nepal, which has consistently and categorically maintained that under no circumstances will it allow any activities against India. It is only the leaders on the left and the right who choose to use the rhetoric of populism and jingoism unfortunately directed against India. The blockade became rich fodder to add ferocity to national sentiments.

Clues from one-on-one meetings (which Nepali leaders hold without aides leaving no institutional memory for reference) reflect a double standard — saying one thing in public and another thing while in office. A reactive, ad-hoc and divisive approach in foreign policy is shattering international trust in leadership, and this should end immediately.

The high-level visit this week should lay the groundwork for trust to construct a lasting edifice of India-India relations. After every visit we stand flattered and hopeful of putting “some game changing projects” into action, which remain either underperforming or undelivered. Without trust, relations gain no height. Trust develops only when words are manifested in beneficial partnerships, cooperative actions and concrete results.

It is time to call spade a spade in India-Nepal relations which are of utmost importance to both. Fyodor Dostoyevsky said: “Nothing in this world is harder than speaking the truth, nothing easier than flattery.” Having exhausted easier outlets, will the leadership display the courage to start the real work on difficult aspects?

Dinesh Bhattarai was an adviser to former Nepal Prime Minister Sushil Koirala. This article first appeared in The Hindu.