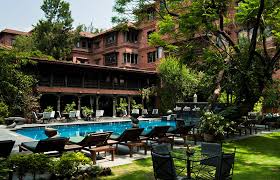 RSS (KATHMANDU, 8 November 2019)- Foreign investment has invariably increased in hotel and restaurant sector of the country with the Visit Nepal Year-2020 campaign coming near.

According to the Department of Industry, foreign investment amounting to Rs 5.77 billion has entered into the country through 39 tourism industries (hotel and restaurant) in the first three months of current fiscal year.

The three-month period this year has witnessed hundred percent increase in the inflow of foreign investment compared to the same period last year. Some 77 enterprises under foreign investment category have obtained licenses during the period. Tourism related enterprises are in the top of the list with 39. Among others include 25 towards service, seven towards production, six towards information technology and one towards agriculture and forest products.

The Department sources said commitment of Rs 11.36 billion has been made for the projects. These enterprises are projected to create 4,292 jobs. It may be noted that the commitment for foreign investment last year was Rs 4.83 billion. Department Director and Spokesperson Binod Khadka shared the inflow of foreign investment in the first three months of the current fiscal year was enthusiastic.

According to him, total 82 industry or enterprises have been registered with the Department in three months from mid-July to mid-October of the current fiscal. Among them the highest number is in tourism industry (hotel and restaurant). Among others include 20 in production, 15 in energy, 12 in service and three in agriculture and forest timber products.