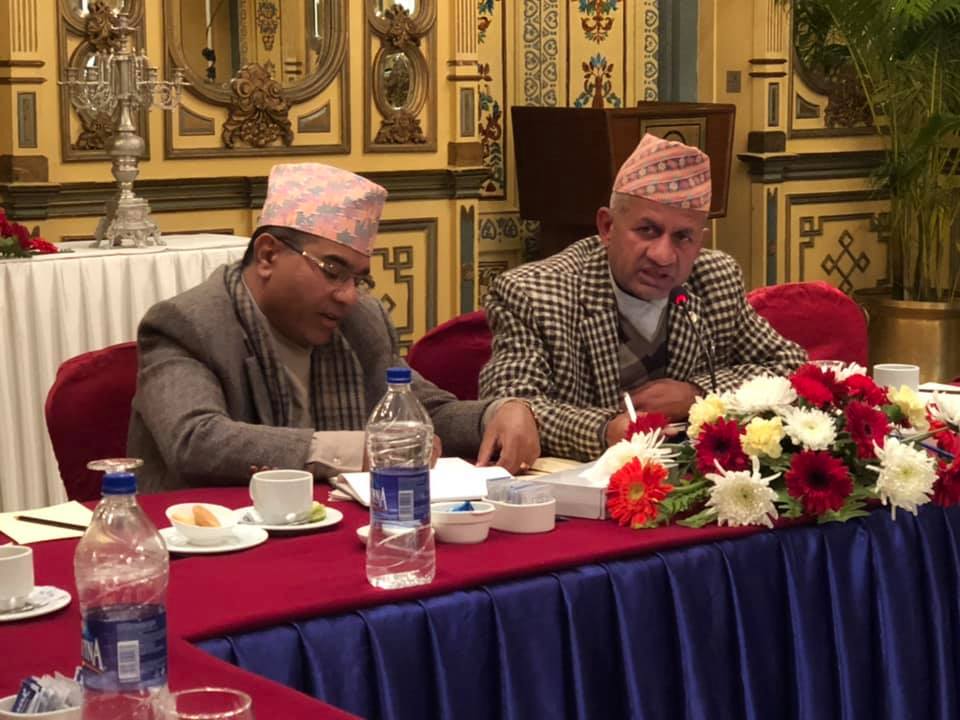 Nepal Foreign Affairs (KATHMANDU, 6 Jan 2018) – Minister for Foreign Affairs, Pradeep Kumar Gyawali, has spoken of the need of national dialogues to build the nations’ foreign policy on the basis of mass consensus.

Reviewing his 10-month stay at the office today, the Minister said he had to confront with several problems in the beginning at his office and now the nation was moving ahead adopting healthy and balanced foreign policies. “The development of foreign relations as per the interests of the nation is taking place,” he claimed.

During a discussion programme with chiefs of national media today, the Foreign Minister made it clear that Nepal was not entertaining external interference in the domestic affairs and was developing the international relations focusing the national prosperity.He took a time to recall that interest of the nation was the major basis of Nepal’s foreign policy.

According to him, diplomatic code of conduct will be revised in the context of federalism. He called upon on people concerned to narrow down a gap existing between the government and media regarding the foreign policy.

As he said, the government was exercising to garner the support from the world community to the efforts meant for national prosperity and economic development by further consolidating the ties with neighbours with the branding of political achievements the country made so far.

“The relationship with India has reached a new phase,” he claimed.
“We have been able to assure our neighbours that our foreign policy is independent and balanced, in which they have a trust,” he said. Saying Nepal has cordial relations with northern neighbour China, he said the process to open nine transit points with China has reached the implementation phase.

Governments of other countries viewed that they started feeling the presence of this mechanism following the fourth BIMSTEC Summit last year in Nepal, he said. Referring to his recent official visit to Japan, he said Nepal has entered a process to explore Japan as a new labour destination.
Also, he said the Truth and Reconciliation Commission Act would be amended as per need to address international concerns, concerns of the victims and court’s verdicts.

In another context, he said a study is being carried out to find ways how to treat the USA’s Indo-Pacific Strategy.