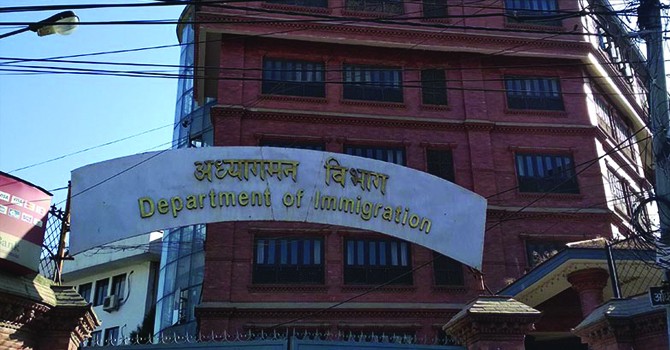 Nepal Foreign Affairs (KATHMANDU, 4 December 2019) – Foreign nationals, who are in Nepal on non-tourist visas, are lately under tight surveillance of the immigration offices, the government officials said on Tuesday.

“Foreign citizens who came to Nepal on non-tourist visas and engaged themselves in various jobs like preaching religions visiting various parts of the country and cultural functions are under our tight surveillance,” Director and Information Officer at the Department of Immigration (DoI) Ram Chandra Tiwari told The Rising Nepal.

Some foreign nationals suspected of trying to convert the Nepali people into their religion were apprehended and deported according to Nepal’s immigration law, he said. “During the fiscal year 2018/19, the Immigration deported three foreign nationals who were arrested for their activities which contradicted their visa nature,” Tiwari said.
In November 2018, two Japanese women, Mari Iruka and Yasuko Oba, were arrested from Padampur, Butwal, for supposedly trying to convert people into Christianity by offering ‘various inducements’. They were later deported.

Earlier, the locals had taken the two Japanese women under their control as they felt that the two were spreading false information about Hinduism. The two women, who spoke Nepali fluently, were in Nepal on tourist visa.
Also in October 2018, Australia’s Katiya Graham was arrested from Bardiya’s Gulariya and later was deported on the same charge. Graham, who was on student visa while studying at Pashupati Campus in Chabahil, was arrested during a door-to-door evangelizing campaign in Gulariya. All three were barred from entering Nepal for five years.

According to the rule, if a foreigner overstays without renewing tourist visa for more than 150 days, s/he shall be expelled from the country. The offender is also liable to face fine of three USD per day and an additional fine of up to Rs. 50,000.
Any foreign national residing temporarily in Nepal is not allowed to engage in any activity other than the purpose for which the visa was issued. Tendency of overstaying among the foreigners has increased by taking advantage of the absence of a monitoring mechanism.

According to the Ministry of Home Affairs, the DoI was working in collaboration with the Ministry of Culture, Tourism and Civil Aviation, district administration offices, police and tourism entrepreneurs to effectively monitor the activities of the foreigners visiting Nepal.
Foreign Nationals Monitoring Directives recently endorsed by the government envisages a central level monitoring and regulation committee led by DoI Director General, and a district level committee led by Chief District Officer (CDO) to keep tab on them and control their illegal activities in Nepal.