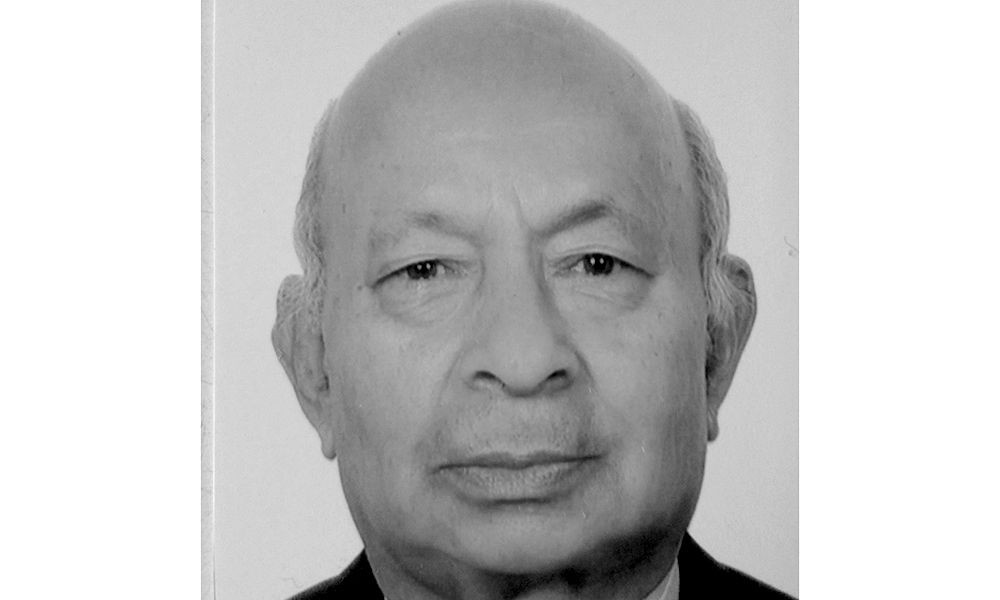 Jha with a slit throat and a head-wound was lying in pool of blood when police got to the scene. The presumed murder weapon, a knife, was on the quilt, according to witnesses.

Jha was also the President of Nepal Council of World Affairs, an old think tank on foreign relations.

Apart from Jha’s wife and servant, there were two gardeners Sanu Lama and Amar Tamang who frequented the house.

Meanwhile, police have taken the deceased’s body to Maharajgunj-based Tribhuvan University Teaching Hospital for an autopsy.

The Central Investigation Bureau of Nepal Police is yet to disclose details of the incident. The deceased former envoy also representated Nepal at UNESCO.

The Police has started investigation taking the two gardeners in to custody.