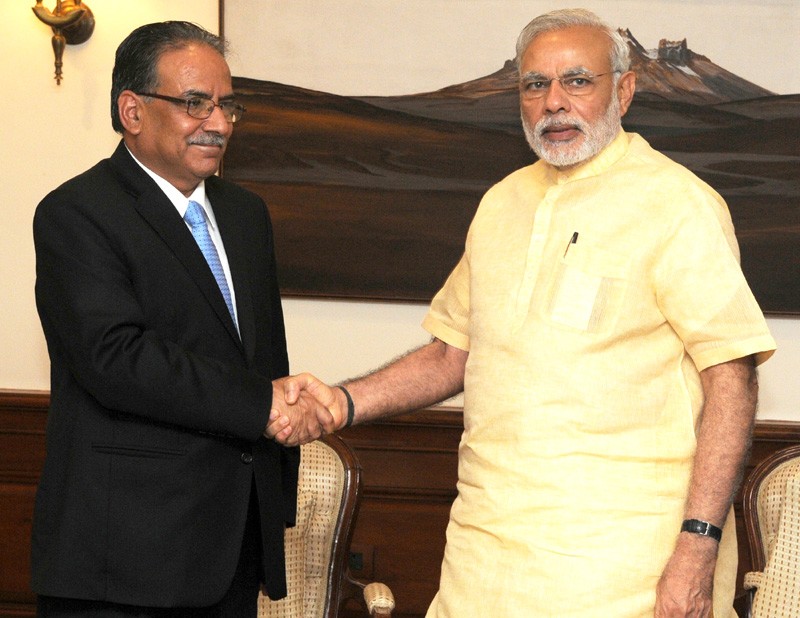 Shri Dahal thanked the Prime Minister for Indian assistance in the aftermath of two powerful earthquakes in Nepal earlier this year, including the pledge of US$ 1 billion announced at the donors’ conference in Kathmandu on 25 June 2015.

The Prime Minister reiterated India’s commitment to fully support Nepal in letter and spirit in the reconstruction effort. He also praised the people and the leadership of Nepal for their efforts in rebuilding Nepal after the grave tragedy.

Shri Dahal briefed Prime Minister Shri Narendra Modi on the Constitution drafting process in Nepal. The Prime Minister appreciated the recent progress and expressed hope that outstanding issues would be resolved at the earliest, so that the Constitution that is adopted enjoys the support of all sections of the society and helps build an inclusive, stable and prosperous Nepal.