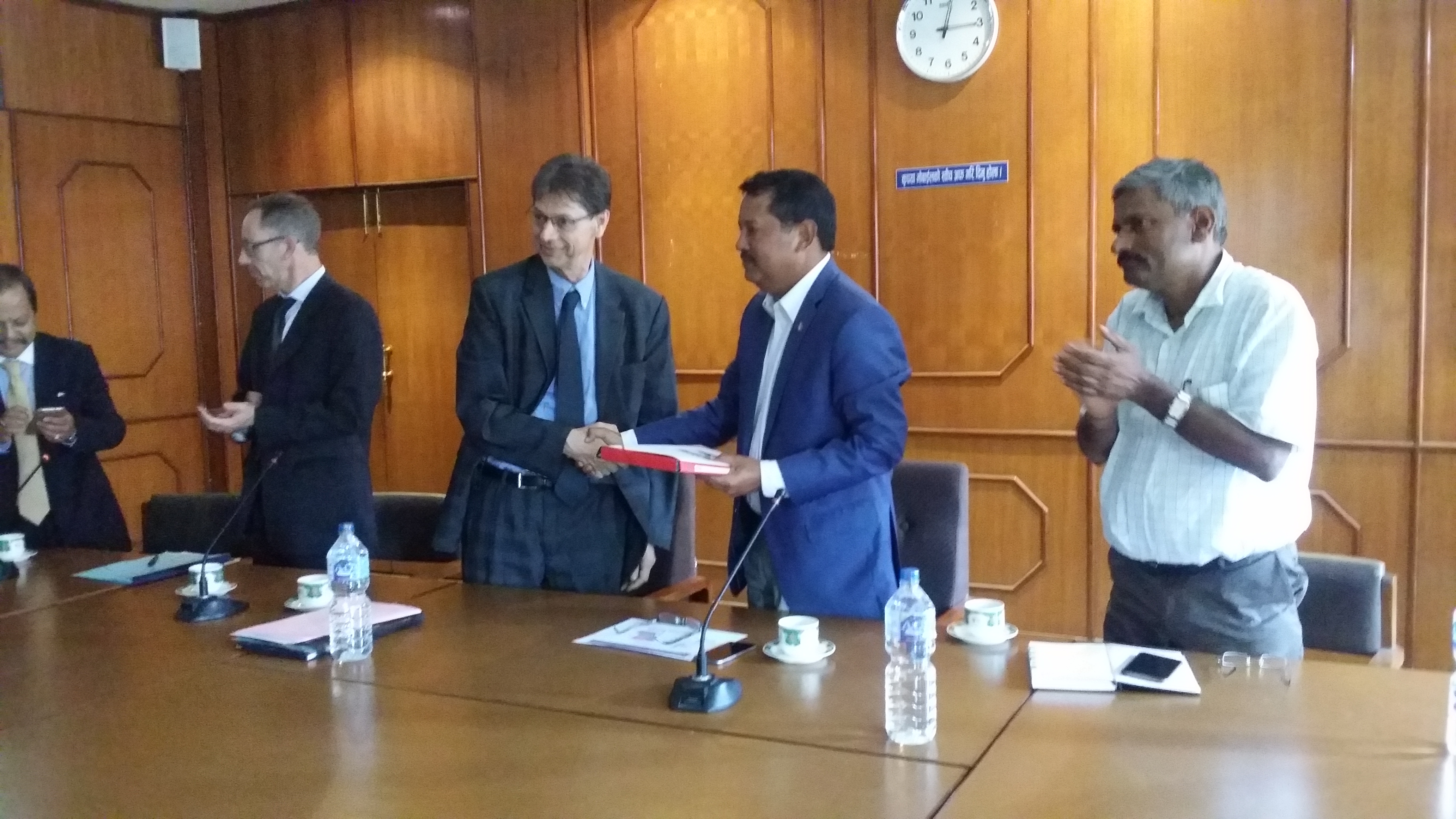 French Ambassador to Nepal, HE Mr Yves Carmona, submitted a feasibility study report of Kathmandu City Urban Cable Car Project to the Ministry of Physical Infrastructure and Transport. This study was financed by the French Government under a technical assistance program and was done by a consortium of engineers and consultants comprising of SYSTRA and MDP.

This objective of the study was to put into perspective the feasibility and relevance of a transport by cable system in Kathmandu for a quick solution that is operational, runs with green energy, accessible and effective to the problems of the city compared to other modes of transportation system such as under metro or monorails.
The study identified a complete cable car transportation network system having four lines: Lagankhel < – – > Jamal, Tankeshore < – – > Gangabu Bus Park, Kalanki < – – > Ratnapark, and Boudhanath < – – > Bishnumati.
As a pilot line, the consortium made a deeper study of Boudanath < – – > Bishnumati line in terms of technology and economic impacts as well as its impact in urban and social landscape. They found that the urban cable car system would result in 50% – 60% of time savings, and a reduction of 30-40% in road traffic disturbances i.e. road safety, noise, air pollution, climate change.
Some Nepalese entrepreneurs and French investors have shown interest in developing this ambitious project on a Public Private Partnership (PPP) model.
About MDP: MDP is a French consulting and engineering firm with three core activities: MDP engineering, tourism experience designing, and developing urban concept with a focus on mobility and transport.
About Systra: Systra a world leader transport consultancy and engineering group specializing in rail (passenger and freight), and massive transport systems (MRT, LRT, BRT, cable cars, trams etc).  Systra is known worldwide for its expertise in rail engineering, from light & mass transit rail to high speed rail, and in the design of transport infrastructures such as urban cable car. Systra is present in over 80 countries.