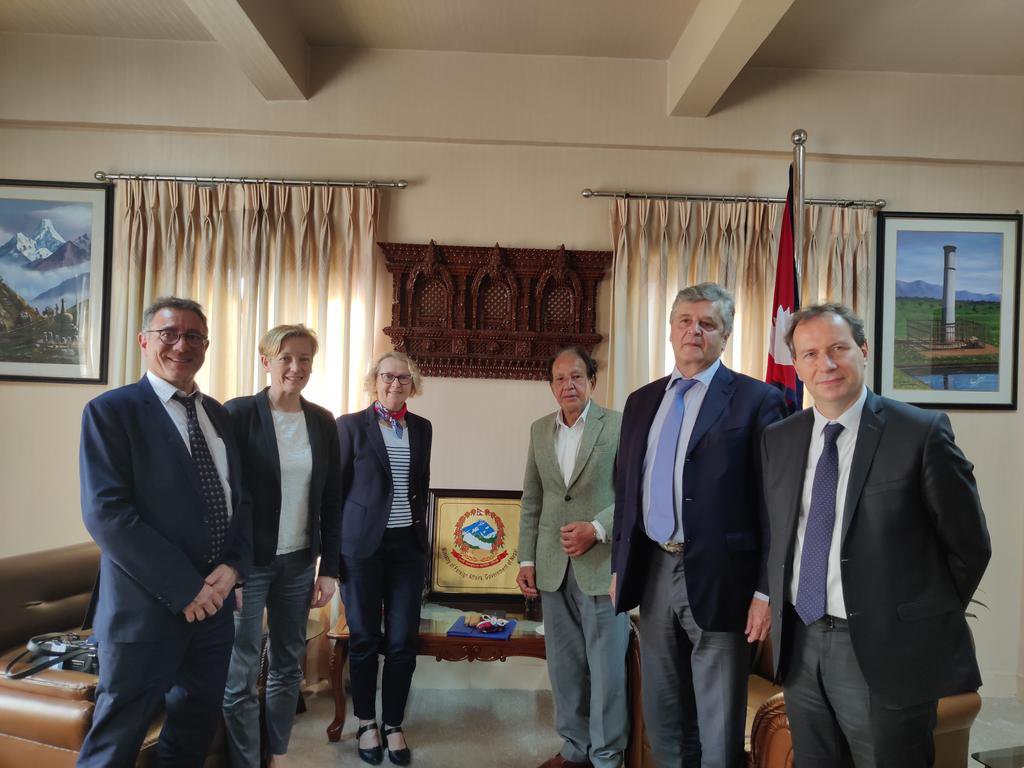 According to the Ministry of Foreign Affairs, they exchanged views on a range of matters including development cooperation, trade and investment, climate change as well as importance of parliamentary exchanges. On the occasion, Minister Dr Khadka thanked the French side for the support provided during COVID-19.

President of France-Nepal Interparliamentary Friendship Group in the French Senate Senator Daniel Salmon and Senator Anne-Catherine Loisier are on an official visit to Nepal at the invitation of the Chairperson of Nepal France Inter Parliamentary Group Madhav Kumar Nepal According to a press statement from Embassy of France, the visiting French parliamentary delegation will pay courtesy calls on President Bidya Devi Bhandari, Prime Minister Sher Bahadur Deuba, Speaker of the House of Representatives Agni Prasad Sapkota, National Assembly Chairperson Ganesh Prasad Timilsina and other top leaders of different political parties.

The French delegate is also expected to hold interactions with members of the private sector, experts on climate change and others, it is said.