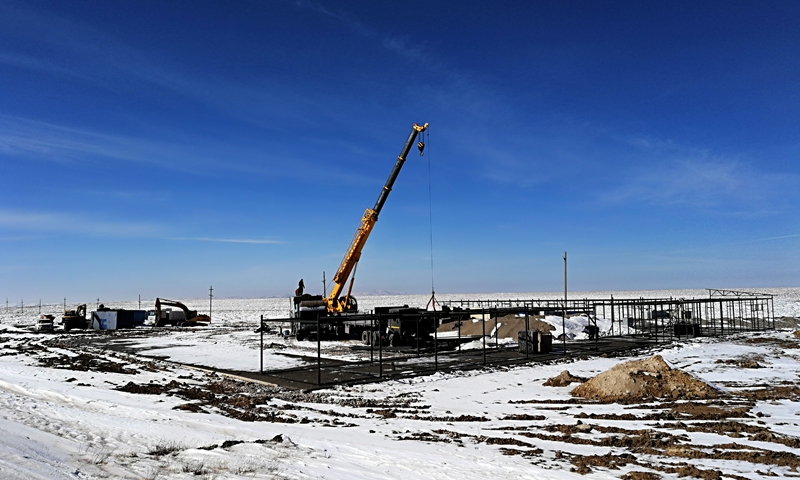 Global Times (2 February 2022) – Since President Xi Jinping proposed the initiative of jointly building the Silk Road Economic Belt in Kazakhstan in 2013, China has signed cooperation documents with 140 countries and 32 international organizations under the Belt and Road Initiative (BRI) by 2021. Investment and trade between China and the Central Asia community has been boosted by fruitful projects ranging from energy to transportation under the BRI.

Since 2013, Chinese investment in related projects in Central Asian countries has injected $17 billion in Kazakhstan, $4 billion each in Uzbekistan and Kyrgyzstan, and $710 million in Tajikistan, with minerals, energy, industrial parks becoming the main directions of cooperation in helping the region achieve industrialization, according to media reports.

China’s cooperation with the Central Asian countries are burgeoning and bearing fruits under the vast opportunities unleashed by the BRI, which has increasingly become an important booster turning the region into the major trade hub connecting the East and the West.

Since the establishment of diplomatic relations, China has grown to become the most important trading partner and source of investment for Central Asian countries.

From 1992 to 2019, the trade volume between China and the five Central Asian countries increased from $460 million to $46.34 billion, an increase of 100 times, thanks to the facilitation conditions such as transportation network, customs procedures, e-commerce platform, while the complementarity of imports and exports has become increasingly stronger.

In a common pursuit of development, the two-way trade and investment has grown over a hundred times while several big projects of strategic significance successfully completed, including the China-Central Asia natural gas pipeline, the China-Kazakhstan crude oil pipeline, the China-Kyrgyzstan-Uzbekistan highway, and the China-Tajikistan expressway, Xi noted.

In recent years, China’s focus in the BRI cooperation in the region has shifted from large infrastructure projects to helping Central Asian economies, particularly Kazakhstan, Kyrgyzstan, Tajikistan and Uzbekistan, toward industrialization and sustainable growth.

The BRI signature project is located in the urban area of Bishkek, with a total length of 70.7 kilometers. The project includes the restoration and reconstruction of 60 existing streets.

“The implementation of the project will further improve the urban traffic environment of Bishkek, enhance the level of urban public services, promote local economic and social development, and deliver tangible changes to the lives of local people,” a CRBC manager at the project told the Global Times on Thursday.

The project was preceded by an aid project that enabled works to be completed across a total of 49 urban streets totaling 95.33 kilometers in Bishkek in 2016.

The Power Construction Corporation of China (PowerChina) also has long participated in the regional development. The company told the Global Times on Wednesday that they attach great importance to developing the Central Asian market under the close guidelines of the BRI, and has established permanent offices in Kazakhstan, Uzbekistan, Tajikistan, Kyrgyzstan and Mongolia in the Central Asian region.

PowerChina has been in the Central Asian market for 23 years since it entered the Uzbekistan market in 1999 to implement the Tashkent international airport restoration project.

The energy company has successfully implemented 39 BRI projects in Kazakhstan, Uzbekistan, Tajikistan and Kyrgyzstan by means of investment and contracting, among which 24 have been completed and 15 are under construction, according to the company.

The BRI projects marked many “first” in the region in helping countries to get on the fast track for industrial upgrade and quality development.

The project was connected to the grid at full capacity ahead of schedule on June 20, 2021.

As one of the key BRI projects on the China-Kazakhstan production capacity cooperation list, it can produce 350 million kilowatt-hours of electricity every year once online, which can meet the electricity demand of millions of households and alleviate the electricity supply stress in the south of the country.

Despite the difficulties during the construction of the project, including the disruption posed by the global COVID-19 pandemic, visa and flight suspensions, and difficulties accessing the site, the project was handed over ahead of schedule.

In addition to helping countries to achieve independent energy supplies and more job opportunities, Chinese companies have also been a booster for the educational development in the region.

Over the past years, China’s cooperation with the regional country was more about hardware such as infrastructure development like paving roads and building railways, as well as energy generation, while in the future, the cooperation will be more focusing on the software involving the upgrade of e-commerce and trade services, Li Ziguo, a senior research fellow with the China Institute of International Studies, told the Global Times on Thursday.

In the past 10 years, Central Asian countries have become major logistics hubs for China and the West, with around 80 percent of the China-Europe freight trains passing through Kazakhstan.

While noteworthy achievements have been made in the regional cooperation, more service-oriented cooperation would be the focus in the future, Li said.