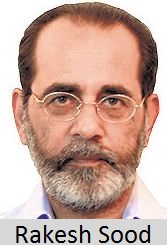 With the Oli government on the verge of collapse, a new government headed by Prachanda looks highly probable. Wiser after the missteps of his first stint as PM, he has his development and political tasks cut out

Nepal has once again been plunged into political uncertainty with the Maoist party — the Communist Party of Nepal (Maoist-Centre), or CPN (M-C) — withdrawing support from Prime Minister K.P. Sharma Oli’s coalition, reducing to a minority the government led by the Communist Party of Nepal (UML), or CPN (UML). Maoist leader Pushpa Kamal Dahal ‘Prachanda’ announced last week that Mr. Oli had not fulfilled the commitments made earlier in May leaving him with no option. The following day, on July 13, ano-confidence motion against the government, carrying 254 signatures, was tabled in the National Assembly. Speaker Onsari Gharti has fixed July 21 as the date for taking up the motion for consideration, followed by voting, unless Mr. Oli chooses to resign.

These developments have been expected. On May 4, Mr. Prachanda had carried out the same threat, expressing unhappiness with the Oli government’s performance on post-earthquake reconstruction and the lack of progress on the constitutional amendments process. Then too, he had announced that he would lead a new government which would be supported by the Nepali Congress (NC) and Madhesi groups and urged the UML to join in so that a national consensus government could be set up. However, Mr. Prachanda’s real source of unhappiness was that the cases registered against the Maoist cadres during the decade-long insurgency had not been withdrawn despite repeated assurances by Prime Minister Oli.

Within 24 hours, a patch-up between Mr. Oli and Mr. Prachanda was put in place, thanks to the efforts of UML leader Bam Dev Gautam. A nine-point agreement was announced to address Maoist concerns which included clemency to the Maoist cadres, provision of compensation to the injured, facilitation of land allotments, giving Maoists a greater say in government appointments, etc. In addition was an unwritten three-point ‘gentlemen’s agreement’ that Mr. Oli would step down as Prime Minister within two months after presenting the budget (Nepal’s financial year begins on July 16) and the UML would support Mr. Prachanda as the next Prime Minister.

In recent weeks, rumours had begun surfacing that Mr. Oli had had second thoughts and was in no mood to step down. In fact, many UML leaders are upset with Mr. Oli on his change of position. Former UML Prime Ministers Madhav Nepal and Jhala Nath Khanal urged Mr. Oli to maintain Left unity as did Mr. Gautam who has publicly criticised Mr. Oli for backtracking on the May deal that he had brokered.

Realising that he had been taken for a ride, Mr. Prachanda revived talks with NC leader Sher Bahadur Deuba and struck again. In a desperate attempt to save his chair, Mr. Oli reached out to rival NC leader Ram Chandra Poudel, offering the lollipop of backing him for prime-ministership down the road in return for support now, but by then it was too late.

Predictably, Mr. Oli has blamed India for his problems. Invoking Nepali nationalism, he has suggested that he is being removed because he had refused to listen to India’s suggestions on the Constitution. He claimed that meetings to remove his government have been “remotely controlled”, a claim that he had also made in May, and described the current impasse as “a sad situation for the country”.

In a pugnacious mood, he declared that he would not quit “at any cost”, preferring instead to face the no-confidence motion in the Assembly. As it stands, the numbers are against him. In the 598-member House, the no-confidence motion needs only 300 positive votes. The NC and the Maoists together account for 290 seats; the Madhesis can add another 40 votes, making Mr. Oli’s exit a certainty.

Mr. Oli has also cited “constitutional complexities” claiming that since he was appointed Prime Minister following the promulgation of the new Constitution on September 20 last year, he will have to continue as Prime Minister (or caretaker PM) till the general election is held by January 2018, to establish the bicameral legislature envisaged in the Constitution. Perhaps he hopes that President Bidya Devi Bhandari, his old comrade in arms from the UML, will back him in this. However, this suggestion has dubious legality and is likely to be thrown out by the Supreme Court if matters go that far.

Mr. Oli’s nine-month tenure has been a sorry one. He had enjoyed a good reputation during his tenures as Home Minister and Foreign Minister during the 1990s, but as Prime Minister he was unable to reach out to the agitating groups who had felt short-changed by the new Constitution. Even when he relented and the government carried out constitutional amendments to partially address the demands of the Madhesis, it was never with a sense of generosity. His constant refrain of Nepali nationalism led to a downturn in Nepal’s ties with India and like other Left leaders, Mr. Oli too fell prey to overplaying the China card.

Governance took a back seat even as Mr. Oli donned his nationalist mantle. Most tragic was his inept handling of the post-earthquake relief and reconstruction effort, squandering the goodwill and sympathy of the international community which had pledged $4.4 billion at the international conference held in Kathmandu a year ago. To date, not even 10 per cent of the pledged amount has come to the National Reconstruction Authority where key appointments were held up on account of political jockeying.

Speaker Gharti is a Maoist, and despite Finance Minister Bishnu Poudel’s request, has held up passage of the Finance Bill to deal with the no-confidence motion first, further increasing the pressure on the government.

According to the understanding between the Maoists and the NC, Mr. Prachanda will take over as prime minister for the next nine months, following which, he will hand over the prime-ministership to NC leader Sher Bahadur Deuba. The local body elections will be conducted during Mr. Prachanda’s tenure and the provincial and general elections will take place under Mr. Deuba, possibly in November 2017.

According to most political observers, a NC-Maoist combination could be a more stable political combination than a UML-Maoist combine because the two Left parties essentially compete for the same vote bank. Whether this calculation turns out to be correct will nevertheless depend on the maturity of the two leaders, Mr. Prachanda and Mr. Deuba.

From all accounts, Mr. Prachanda is wiser today than in 2008-9 when his coalition collapsed on account of his decision to sack the then Army chief, General Rookmangud Katawal. He now publicly acknowledges that it was a political mistake. He too had blamed India for his debacle but now has his task cut out to restore bilateral ties. The NC can be helpful in this too. Mr. Deuba, a wily NC leader, has been prime minister thrice before but will have to be pragmatic in accommodating the Madhesi and Tharu demands on federalism and representation in a more generous manner than Mr. Oli did.

Out of the concessional funds amounting to $1.65 billion pledged by India during the last two years, the utilisation has been a meagre $150 million. From the grant assistance of $250 million pledged last year, $100 million has been allocated for construction of 50,000 dwelling units for the quake affected but the PPP model has yet to be worked out. The balance grant amount remains to be committed. In addition, $750 million was promised for the Kathmandu-Nijgadh highway but the Oli government sought to review the project after the contract was awarded to an Indian consultant! Other development partners have accumulated similar experiences. Getting implementation of long stalled projects back on track should be the priority for the new government.

The Narendra Modi government too needs to introspect as to how its much vaunted ‘neighbourhood first’ policy went wrong. The problem of too many interlocutors, claiming to act on behalf of the political powers in Delhi and often conveying conflicting messages, always existed with Nepal but has become more acute during the last two years. Hopefully, this can now be curbed.

A positive turn in relations with India will work to Nepal’s advantage in reviving the sentiment that was generated when Prime Minister Modi visited Nepal in August 2014, of a friendly and caring India, sensitive to Nepal’s concerns and generous in seeking mutually beneficial partnerships.

(Rakesh Sood is a former diplomat who has served as Ambassador to Nepal and is currently Distinguished Fellow at the Observer Research Foundation. This article was originally published in The Hindu, India on July 18, 2016)