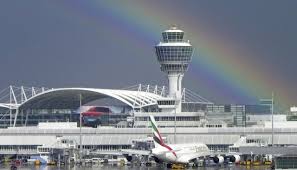 CAAN director general Rajan Pokharel informed that this proposal from the Munich International Airport Company came through the Embassy of Germany. “Germany has shown interest in managing the Gautam Buddha Airport. The German ambassador has already held discussion in this regard with the Secretary at the Ministry of Tourism and Civil Aviation. Similar proposals have been received from other countries as well. Proposal on behalf Germany would be submitted very soon,” he said.

Joint Secretary at the Ministry, Buddhi Sagar Lamichhane said that decision on giving the responsibility for the operation of the airport would be made sooner than later after completing all process. The meeting of the Council of Ministers on June 30 decided to operate Gautam Buddha International Airport on ‘G to G’ modality. CAN director general Pokharel said a unit would be formed at the Ministry of Tourism and Civil Aviation to decide on which company from which country should be given the responsibility of operating the Gautam Buddha Airport. The unit would have representation from other Ministries concerned as well.

The unit would have representatives from CAAN, the Ministry of Law, Justice and Parliamentary Affairs, the Ministry of Foreign Affairs, among other bodies. It would be headed by the Joint Secretary at the Ministry of Tourism and Civil Aviation. This unit will discuss the proposals, evaluate them and recommend to the government.