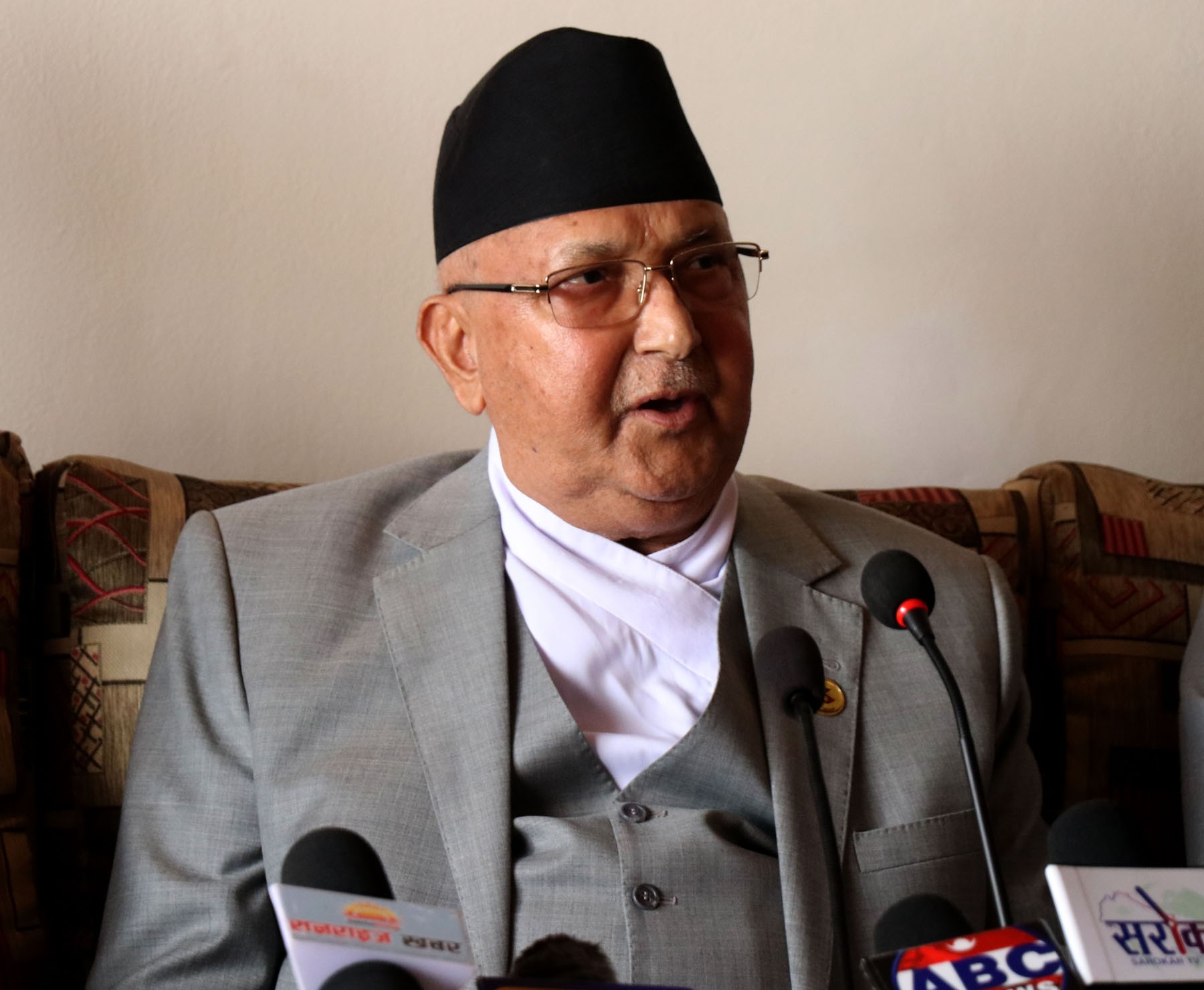 Nepal Foreign Affairs (KATHMANDU, 10 December 2019) –  Prime Minister KP Sharma Oli has asserted that the incumbent government was active in preventing the cases of violation of human rights.
In a message on the occasion of the International Human Rights Day today, PM Oli added that if such cases are to occur, the government was also effortful to identify the culprits and bring them to justice as well to deliver justice to the victims.
He reiterated that the incumbent government’s primary responsibility was to protect and promote the human rights since the issue of human rights was not only an issue of commitment but also faith and integrity.
Urging all sectors’ contribution to build human rights-friendly culture and to institutionalize it, PM Oli argued that sole effort of government would not alone yield the favorable result towards this end.
According to him, the government has anticipated cooperation and collaboration from all quarters to enable prerequisite environment for promotion of human rights in the country.
The Prime Minister, in his message, said that the values he upheld since his political life to the ones that he imbibes, promotes and nurtured were based on the UN’s Charter and reassured that the government was active in achieving those goals in Universal Declaration on Human Rights.
Furthermore, the Head of the Government’s message read, “We reaffirm our commitment to make the Truth and Reconciliation Commission and the Commission of Inquiry on Enforced Disappeared Persons (CIEDP) more effective to resolve the conflict-era related cases and to ensure justice to the conflict victims by ensuring amendments in the legal and structural provisions.”
The Prime Minister in the message stated the constitution had provisions for fundamental rights to ensure provisions in the United Nations Declaration on Human Rights (UDHR) and in other human rights conventions to which Nepal is a state party, adding that several acts relating to such fundamental rights had been formulated and were being implemented.
“Our situation is highly prosperous in terms of the guarantee and exercise of civic and political rights,” the Prime Minister said, adding that social security-related acts had been enforced targeting economic, social and cultural rights and specially senior citizens, economically poor, incapacitated and helpless people, single women, persons with disabilities, children, those unable to take care themselves, and those on the verge of extinction who need the State’s special attention.
Acts are in force to implement the right to free basic healthcare service and emergency health service, and the right to employment; and legal provisions relating to housing facility for those without house, land to the landless Dalits, and compulsory and free education up to the basic level have been implemented, according to him.
Stating that acts in contravening with the constitution and those acts needed to be revised in accordance with the constitution were under the amendment process, the Prime Minister said legal provisions, periodic planning, budget programme and national plan of action had been ensured to create atmosphere in which people could feel their human rights granted by the constitution and law in their daily lives in a real sense. Arrangements had been made for making people feel the guarantee of their rights through the structural means of federal, state and local governments.
“The government is working in cooperation with the constitutional commissions including the National Human Rights Commission, State’s other organs, UN bodies, non government organisations and the civil society to respect, protect and promote human rights,” the Prime Minister said in the message.
December 10 every year is observed as the International Human Rights Day in commemoration of the Day when the UDHR 1948 was issued by the UNGA.